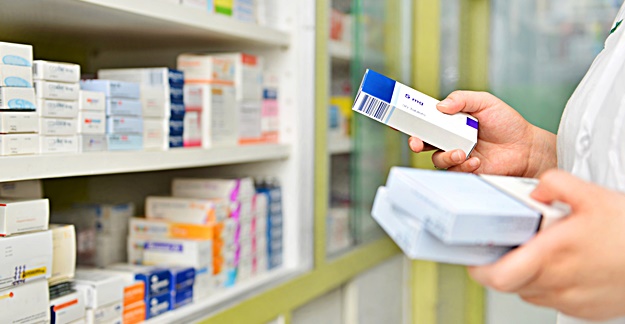 MedShadow reached out to Dan Lynch, PharmD, Director of Regulatory Services at Symphony Pharmacy, to discuss what compounding pharmacies are and if your healthcare provider prescribes a compounded a drug, how to make sure you’re working with a reputable pharmacy that will provide safe compounded medicines.

MedShadow: To start off, what is a compounded drug? How is it different from any other drug your provider might prescribe for you?

Lynch: We can think of drugs in two different ways: first, something that you would see found at a pharmacy, made by the big drug manufacturers, Pfizer, J&J, Merck, other companies people like that, and then the other is compounded drugs.

The big difference between the two is that a manufactured drug has to go through a full approval process. That approval process includes all of these trials, studies to make sure that they’re safe, effective, and approved for use by the FDA. And it’s a very long, very strict process.

Those drugs go through very strict guidelines on manufacturing, to make sure that it’s very repetitive so that anytime you take that drug, you can pretty much have the assurance you’re getting the same product each time. You’re not getting something that’s half as potent as the last pill you took.

Compounding is different because they’re making more tailored drugs, so they don’t have the complete oversight of the FDA in the same way as the manufactured drug. They do still have oversight, but to make compounded drugs, [pharmacists] take ingredients and tailor them to patient needs.

That’s the premise behind [compounding drugs] because with manufactured drugs, one size doesn’t fit all. A patient may be allergic to an ingredient in the drug, or maybe the typical dosage doesn’t work for the patient.

A lot of times you can see these situations in pediatrics or patients who have complications that don’t process drugs in the same way as others. Maybe sometimes someone can’t take a tablet and needs a drug to be made into a liquid or a cream. Compounding allows you to make that drug in that way. Compounded drugs are more tailored to patient needs, which is why they aren’t mass produced.

MedShadow: How are compounded drugs regulated?

Lynch: There aren’t the long drawn-out trials for the FDA because it just wouldn’t be cost effective to do it. But compounded drugs do have oversight by the FDA.

Ever since the New England compounding firms [released contaminated drugs]** a decade ago, there’s been more oversight by the FDA to make sure that these medications aren’t just made anywhere and everywhere.

[**Editor’s note: In 2012, a meningitis outbreak was traced back to drugs distributed by a compounding pharmacy in Boston. In 2019, the supervising pharmacist was sent to jail for having knowingly sold mislabeled medicines that harmed over 750 people.]

The pharmacists now have standards of quality that they need to apply. Also compounded drugs are monitored by the State Boards of Pharmacy. There are inspections as well as regulations and criteria. One of the most commonly known sets of criteria is the USP, or the (U.S. Pharmacopia) standards for purity and accurate labeling.

MedShadow: What are the benefits of a compounded drug? When might a provider prescribe one in lieu of a drug that is mass manufactured?

Lynch: Compounded drugs serve a purpose. The intention is that the drugs can be tailored to a patient’s needs. In addition to making drugs that typically come as pills into liquids that can be easily swallowed or measured into different doses, compound pharmacists often personalize intravenous (IV) medications. You have to tailor dosing strengths to what a patient’s needs are for things like IV antibiotics, chemotherapies, and more.

MedShadow: Do pharmacists compound drugs for other reasons, like dealing with a shortage?

Lynch: There are allowances by the FDA that if medications go on shortage that compounders can step in. This was  seen a lot during COVID, with a lot of supply chain issues and increased needs for a lot of medications, especially things such as paralytics when people had to be intubated a lot more. There was a shortage of that so the FDA allowed compounders to step in and to buff up that supply, temporarily.

MedShadow: If I’m a patient, will I know that the drug my healthcare provider prescribed is compounded?

Lynch: Most likely, yes. First of all, if your doctor is prescribing you a compounded drug, the pharmacy is not going to have it available. A lot of times with compounded drugs you have to go to a specialty pharmacy that focuses on compounding. And that’s a majority of the time.

They will often tell the patient that this is a drug that needs to be made instead of one that’s just going to be readily available in the market. Also, if a pharmacy compounds it, they have to note on the label that the medication is a compounded product.

MedShadow: If you are prescribed a drug that has to be compounded, are there any specific questions that you should ask your healthcare provider that might be different from starting any other drug?

Lynch: An important step is trying to find the right companion pharmacy. The news a lot of times focuses on pharmacies that may not be following the rules as they should, or have had issues, but there are a lot more good compounding pharmacies out there.

Additionally, there are safety resources out there. One of them is the NABP (National Association of Boards of Pharmacy) that can be found online at safe.pharmacy. You can put the name of the pharmacy or website in there. It is an independent group that actually goes through an accreditation process to make sure that that website is legitimate.

The Alliance for Pharmacy Compounding has a function to search for compounding pharmacies in your location that they work with, as does the PCCA (Professional Compounding Centers of America).

MedShadow: Is there anything else that you would add that we haven’t touched on or that you want to emphasize even if we did talk about it?

More compounding pharmacists probably want to promote a service so that they can fulfill your needs rather than trying to direct you into getting one of their products.