Pros and Cons of Aspirin 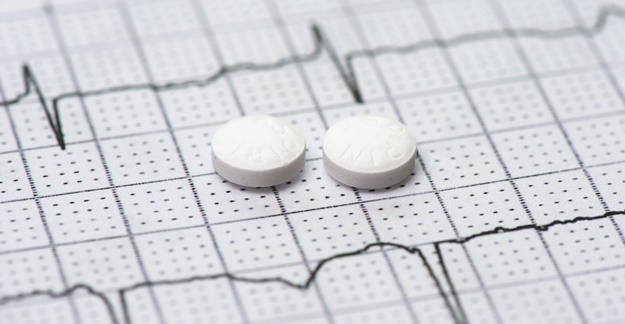 For the past 50 years, aspirin has been hailed as something of a wonder drug. Not only does it reduce pain and fever, but it is also believed to lower the risk of heart attacks as well as certain types of cancer.

Some of the most important medical organizations in the world, including the American Heart Association (AHA), the American College of Cardiology (ACC) and the US Preventive Services Task Force (USPSTF) have recommended that patients take a daily, low-dose aspirin to prevent having a heart attack. An estimated 40% of US adults over 50 followed their advice.

But this appears to be changing. A series of major studies have questioned aspirin’s benefits for cardiovascular prevention, and many doctors have become increasingly uncertain of aspirin’s ability to help prevent a first heart attack or cancer diagnosis. In fact, two of these studies showed an increase in cancer in older patients.

Some of the side effects of daily aspirin use include the following: increased risk of developing a stomach ulcer, which can ultimately lead to gastrointestinal bleeding; increased risk of hemorrhagic stroke (burst blood vessel in brain); and allergic reaction to aspirin itself. Aspirin can also interfere with other drugs, especially blood thinners such as Coumadin (warfarin), Plavix (clopidogrel) and Eliquis (apixaban), as well as corticosteroids and Advil (ibuprofen), the latter if taken regularly. Possible interactions with dietary supplements include fish oil, ginkgo biloba, capsaicin and bilberry.

As this new research has come to light, experts are reevaluating their recommendations: In a joint statement released earlier this month, the AHA and the ACC issued a guideline saying that aspirin should rarely be used to help prevent heart attacks and stroke in people without known cardiovascular disease.

The most important of these studies is the ASPREE trial, published in the New England Journal of Medicine. It included almost 20,000 people in the US and Australia. All of the patients were over the age of 70 and healthy. Half were randomly assigned to take low-dose aspirin, the other half were given placebo pills.

After nearly five years, the study showed no difference between the groups in the main result doctors were measuring: the combined rates of death, dementia or physical disability. However, very importantly, more patients died who were taking aspirin than those who were not, and this higher rate of death was due primarily to cancer. In the aspirin group, 3.1% of patients died of cancer compared with 2.3% in the placebo group.

“Aspirin is very widely used to prevent cardiovascular disease and prolong life,” said John McNeil, PhD, the study’s lead investigator and head of epidemiology and preventive medicine at Monash University in Melbourne, Australia. “I think our findings were unequivocal in that it gave no benefit. And because of the increased mortality that we found, we felt qualified saying that [aspirin provided] no benefit but possible harm when given to the elderly.”

Davide Capodanno, MD, PhD, an associate professor of cardiology at the University of Catania, in Italy, who has written frequently about aspirin, said the result “is unexpected because aspirin was actually predicted to reduce cancer.”

He added that it’s important to remember that patients in the study were elderly. It’s not clear why aspirin might lead to a higher chance of cancer and death, but Capodanno suggested that “there is a chance that the effect of aspirin on mortality depends on age.”

A second recent study, published in the Lancet, has raised similar concerns about cancer, as well as adding a new element: body weight.

This study was a meta-analysis, meaning it took data from many other trials of aspirin — in this case 10 — and pooled the data to create a much larger group of patients. Ultimately, information from more than 115,000 people was analyzed by researchers.

When they looked at body weight, they found that low-dose aspirin only had cardiovascular and cancer benefits for those who weighed less than 150 pounds, but that higher doses provided a protective benefit for heavier individuals. Taken alone, the findings suggest that those who do decide to take aspirin to prevent heart attacks and other vascular diseases may want to personalize their approach based on their body size.

But there was another finding: Again, among the elderly — those aged 70 years or older — the risk of cancer was increased by aspirin, particularly in those who also weighed less than 150 pounds. Because they weigh less, this group was predominantly women.

For the millions of Americans who take aspirin believing that doing so lowers their risk of a heart attack or cancer, these studies raise some very important new questions. And they must be considered alongside an age-old side effect of this drug: Aspirin can cause bleeding, particularly in the stomach.

“There has been a big reevaluation of aspirin,” said McNeil. “There were some very promising early studies, but by and large, studies in the last decade or so haven’t been nearly as promising. The role of aspirin for primary prevention [of cardiovascular disease] will really be questioned. My feeling is that it will likely drop out of use.”

For those thinking of starting a daily low-dose aspirin habit, McNeil advises against it. “I don’t think there was any doubt in our study,” he said. “At least for five years, the harms probably outweigh the benefits.”

Referring to other similar trials, Capodanno agrees: “I think that the results of the ARRIVE, ASCEND and ASPREE trials point against routinely using aspirin for primary prevention. Any benefit is small and counterbalanced by the risk of bleeding.”

While these big trials may have settled the debate over starting low-dose aspirin to prevent heart attacks and cancer, it’s less clear whether those who have been on aspirin for a long time should stop. Studies like the ASPREE trial, while very scientifically rigorous and well-done, have a major limitation: They only look at patients for a limited time — in this case, five years.

“In the past, the prevailing wisdom is that after one has taken aspirin for maybe four to five years, there starts to be a benefit,” said McNeil. “So it’s unclear for the people who have been on aspirin for quite some time. They may have entered a phase where the benefits outweigh the risks. We just simply don’t know this.”

Although aspirin has been sold around the world for 120 years, and it’s one of the most widely used medicines globally, with the equivalent of more than 100 billion aspirin tablets consumed each year, there is still much to learn about how this wonder drug helps —- and potentially hurts — patients.