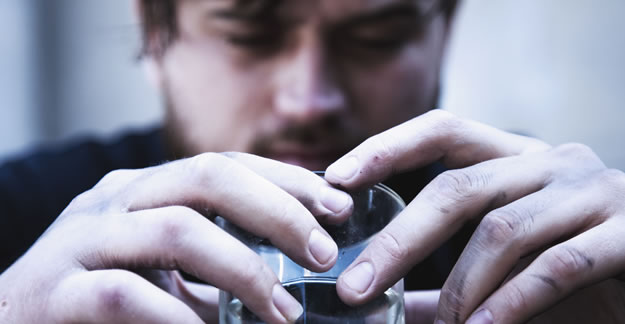 Addiction is on everyone’s minds these days, whether alcohol, opioid, street drug or other substance. In our land of plenty, we have turned into a society that too often indulges to the point of self-harm. Public debate is raised about who is to blame and how to treat it. The federal government has opened an investigation into fraudulent addiction centers, and The Atlantic, normally a magazine I find home to insightful, nuanced reporting, has decided to attack Alcoholics Anonymous (AA).

Philosophically, one can argue that all substance abuse disorders are similar because they all hit the same reward center in the brain. Logically, all treatment therefore could be the same. That may or may not be true, because addiction and recovery are so poorly understood and researched.

Is the Goal Abstinence or Harm Reduction?

What is common to all discussions of substance abuse disorder is to question if the goal is abstinence or harm reduction. In both cases we want the bad behavior to stop, but intelligent people disagree on whether a person with an addiction can moderate their substance use to non- or less-harmful use.

The concept of using a drug to stop using a drug has been available for years — methadone for treating heroin addiction, for example. Three years ago (and updated almost 2 years ago) MedShadow reported on 5 Meds That Help Curb Alcohol Abuse and that these drugs have gained respect in the substance abuse community — when combined with therapy. Our article was not cutting-edge medical reporting; these drugs had been in the market for years. The Atlantic magazine, however, just published a story in which the writer and selected people quoted were shocked (shocked!) to find out about these alcohol management drugs, and the writer somehow seemed angry at Alcoholics Anonymous for being so much better known.

When Drinking Crosses the Line to Substance Abuse

Here’s the core issue: If drinking is a problem for you and you can stop drinking, then stop. No one needs to drink alcohol to have a fulfilled life. If you can control your drinking to have what you feel is an appropriate amount of alcohol and refuse a drink when you want, this is not a problem. It’s when you continue to drink even though you know there are negative consequences for drinking — then you have stepped into substance abuse territory (pdf).

In my opinion, using a drug to moderate using another drug is akin to suggesting a diabetic use insulin just to be able to eat chocolate. Nonsense

AA is the standard-bearer for abstinence. The famous 12-Step Program has been expanded and adapted to address abuse of drugs (Narcotics Anonymous), gambling (Gambling Anonymous), food (Overeaters Anonymous) and to support the families of addicts (AlAnon). Based initially on a single person’s experience and insight, the tenets of AA have stood up well over time and under the scrutiny of what little research there is. The AA program addresses the psychological, social and biological challenges to abstinence using a program that could be compared to cognitive behavioral therapy (CBT).

AA isn’t magic; it’s group support that is highly similar to cognitive behavioral therapy and self-evaluation. One needs to commit to attending meetings regularly (daily for some, less often for others) and asking for help.

In my opinion, using a drug to moderate using another drug is akin to suggesting a diabetic use insulin just to be able to eat chocolate. Nonsense. This should not be the first step in getting sober. That said, I have family members who have struggled with alcohol abuse for years using AA. It has worked for long periods of time and yet relapses have happened. This is acknowledged and accepted in AA. My sister’s permanent relapse led to her death. If the drugs had been available at that time (nearly a decade ago) to jump-start her efforts to stop drinking, I would have said do it. Do whatever you need to do to live a healthy life.

Long term, drug therapy has 2 drawbacks that I see: 1) It’s hard on the kidneys or liver to take a medicine every day, and many heavy drinkers have already compromised their organs. 2) It doesn’t address the reasons that often lead to substance abuse. Some drug therapy programs include CBT, which is very helpful.

Alcohol and drug abuse seldom occur in a vacuum. The very first person interviewed in the Atlantic article was frank in stating he used alcohol to manage anxiety. Alcohol is very effective for that. However, so are cognitive behavioral therapy, meditation, group support, exercise and diet.

Self-medicating is often the start of substance abuse. Stress, low self-esteem, depression, learned behavior, a bad work environment or marriage, loneliness, habit, an addictive personality, physical addiction and so many more factors all play a role. Take away the alcohol without treating the underlying cause and a new addiction will replace it, some good, some neutral, some bad. This is why many AA members willingly go to AA meetings for their lifetime.

Even better, when alcohol or drugs are out of the way, a doctor or therapist can help address a possible root cause that needs medical attention, like bipolar disorder or anxiety.

Substance abuse disorder unchecked can lead to death. Loved ones can and should take action. However, those in the throes of addiction often resist getting help. If the person isn’t ready to stop drinking, then he/she won’t take that daily pill or show up for AA meetings. Hence the famous AA phrase “hitting bottom.” Each person chooses their own time to start recovery. As family, we can only sit by and hope (or pray, if you want) that your loved one reaches bottom before too much harm. And then we can cheer the work of recovery.