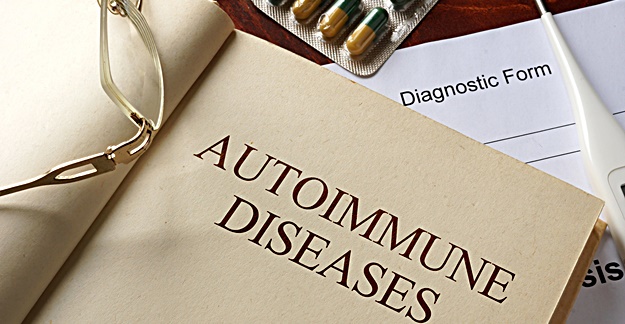 Evidence is mounting that low doses of naltrexone can treat conditions like lupus and multiple sclerosis effectively and with few side effects.

A slew of drugs, both new and old, are used to treat autoimmune disorders like multiple sclerosis (MS), lupus and Crohn’s disease. Most of them come with side effects, some of them serious. But research and experience from patients and doctors are mounting that a drug used to treat substance abuse, when used in lower doses, can effectively treat autoimmune conditions with few side effects.

The drug is naltrexone, which was first approved in the 1980s to treat heroin addiction. In recent years, it has been prescribed more and more at a low dose for patients with autoimmune disorders. But is this off-label use (approved by the FDA for other conditions but not autoimmune disorders) safe and effective?

Proponents say low-dose naltrexone (LDN) is a treatment with few side effects that, for autoimmune patients, can help regulate the immune system (keeping it from behaving abnormally), provide pain relief and stop the body from attacking itself further.

Naltrexone is an opioid antagonist, meaning it blocks the brain’s opioid receptors. Endorphins, the body’s “feel good” chemicals, bind to opioid receptors and give us a sense of calm. Drugs like heroin or opioid painkillers can also attach to these receptors, and they produce that same calming effect.

Naltrexone hasIt’s also been prescribed approved for alcohol addiction. Naltrexone keeps substances like heroin and alcohol from attaching to the brain’s opioid receptors, preventing users from getting high. That’s why it’s used to keep drug users in recovery from relapsing. LDN is thought to help reduce symptoms of autoimmune diseases because by partially blocking these receptors it helps to trigger the body’s production of endorphins.

The typical alcohol addiction treatment dose is 50 mg a day. For opioid addiction, an initial dose of 25 mg may be given and increased to 50 mg per day if no withdrawal signs occur with 25 mg. Adverse events include nausea and vomiting, headache, fatigue, dizziness, anxiety and joint pain.

While some autoimmune patients who’ve taken LDN report no change at all in their health, and others note side effects like insomnia, vivid dreams or night sweats, others, like Darlene Nichols from St. Louis, report successes. Nichols was diagnosed with lupus in 1989, and later, myasthenia gravis.

She tried prednisone and other drugs typically prescribed for autoimmune conditions, “but they didn’t really work for me,” she said. “I had days where my legs would be so weak I couldn’t walk.” In 2009, she started taking 3.5 mg a day of LDN and then 4.5 mg.

“After two weeks, I was feeling great,” she said. “I had energy and strength, my fatigue disappeared. It’s like a miracle for me.” As for side effects, Nichols said initially her quality of sleep declined slightly, but soon returned to normal.

Other people with autoimmune diseases who’ve taken LDN point to decrease autoantibodies — antibodies that target healthy cells in autoimmune conditions — and an improvement in their pain.

No Significant Side Effects For Most

In a 2019 analysis published in BMC Medicine, researchers reviewed the results of 89 randomized trials on serious adverse events of naltrexone versus placebo. The studies included about 12,000 people with alcohol use disorder and other addictions, psychiatric disorders, obesity, Crohn’s disease, fibromyalgia, cancers and other conditions. The researchers concluded that naltrexone doesn’t increase the risk of serious adverse events over placebo.

Physicians prescribing LDN for autoimmune conditions typically give up to 4.5 mg to be taken before bed for peak effectiveness. Patients having vivid dreams, insomnia or night sweats, however, can take their dose in the morning instead.

Ann Shippy, MD, an Austin, Texas, internist and functional medicine practitioner, has prescribed LDN for patients with a variety of autoimmune conditions for the last 10 years. “It can be helpful for a person’s general sense of well-being while we’re working on the root cause of getting the body repaired,” she said.

Some of her patients have found the medication to be “a game-changer,” she said, while some report no change in symptoms. Others have been very sensitive to it, she said, reporting vivid dreams. Intense dreams typically subside though, Shippy added, or improve on a lower dose. “I haven’t seen any significant side effects,” she said.

Since LDN is not approved by the FDA for any condition, it’s not commercially available. Patients must obtain a prescription from their physician and get the medication from a compounding pharmacy. Doctors advise finding a pharmacy familiar with making LDN to ensure they don’t compound a slow-release formula or add calcium carbonate as a filler, which can slow absorption.

In the mid-1980s — when naltrexone was approved for opioid addiction treatment — New York City physician Bernard Bihari found it could help patients with autoimmunity, cancer, HIV and AIDS when taken at low doses of around 3 mg.

Low doses only partly block opioid receptors at times when our endorphin levels are high, at around 3 a.m. or 4 a.m. That tells the brain our endorphin levels are low, prompting our brain to make more. It’s a mechanism that can theoretically help people with autoimmune conditions, who typically have lower levels of endorphins, which play a key role in regulating the immune system.

However, decades later, Hoffman has seen his patients with multiple sclerosis, Crohn’s disease and itchy, inflammatory skin conditions improve on LDN. He uses it in conjunction with lifestyle changes, including diet modifications and adding supplements. He now also prescribes LDN routinely for cancer patients.

Research has shown LDN can reduce symptom severity in autoimmune conditions and some other syndromes marked by chronic pain, such as fibromyalgia.

A study in Digestive Diseases and Sciences found that 88% of participants with Crohn’s taking LDN saw an improvement in symptoms. But an in-depth analysis of those results determined that the evidence was insufficient to suggest the efficacy or safety of LDN for treating people with active Crohn’s disease. Studies of LDN for MS have been mixed, with one in the Multiple Sclerosis Journal showing no difference between MS participants taking LDN and those taking a placebo in terms of quality of life, and one in the Annals of Neurology showing improvement in mental health quality of life in people with MS.

A later, long-term study of LDN for MS concluded that “the apparently non-toxic, inexpensive, biotherapeutic is safe and if taken alone did not result in an exacerbation of disease symptoms.” Researchers call for more long-term studies to determine the usefulness of LDN for MS.

Research supports LDN for other major autoimmune conditions. A 2018study in the Journal of Translational Medicine showed that 74.5% of patients with inflammatory bowel disease treated with LDN showed an improvement in symptoms, and 25.5% went into remission.

In laboratory research, LDN appears to suppress inflammation in COVID-19, leading researchers to suggest that it has the potential to treat the disease, alone or in combination with antivirals. A pilot study comparing treatment with LDN to placebo treatment has begun recruiting participants who have recently tested positive for COVID-19. Researchers hope to have results by the end of 2021.

Meanwhile, pharmaceutical company Immune Therapeutics is in talks with the FDA about a clinical trial for its LDN-based drug Lodonal, which is currently being used abroad for various indications,  and has plans to study the drug for COVID-19.