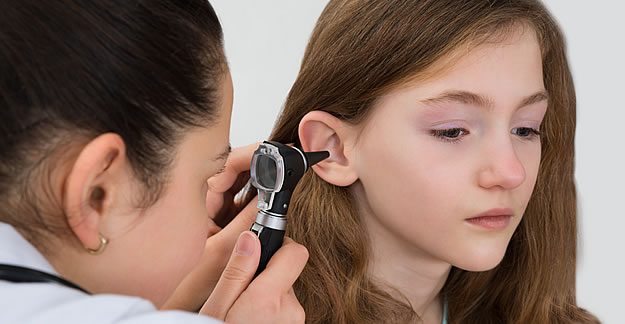 It used to be automatic for doctors to prescribe amoxicillin the moment a child rubbed at an ear. Now they’re more cautious — for good reasons.

“If antibiotics are overused, this will become a much more serious problem,” said Allan Lieberthal, MD, lead author of the American Academy of Pediatrics (AAP) clinical practice guidelines for treating ear infections. “In general, parents should not seek antibiotics unless the doctor says they’re absolutely needed.”

Side Effects of Antibiotics

The most common side effects of antibiotics are diarrhea and a rash, especially a diaper rash (this can be treated with an anti-fungal cream). Many doctors will recommend probiotics to help offset these side effects, but not much evidence shows a benefit from these yet, says Dr. Leiberthal.  “There’s a lot of research being done, but I don’t think we can make a recommendation about probiotics at this time,” he says.

The increasing concern about antibiotics, however, involves their long-term effects, most of which scientists are just beginning to learn about. These primarily involve the microbiome, the composition of all the bacteria living in and on our body. Many of these are beneficial bacteria, but antibiotics are frequently indiscriminate killers — they eliminate both the bad and the good.

‘Every time we intervene with antimicrobials, a child’s microbiome is changed forever.’ —Dr. Wendy Sue Swanson

“Every time we use a course of antibiotics, we kill all sorts of [beneficial] bugs in our microbiome, so if you can avoid a course of antibiotics, you want to,” says Wendy Sue Swanson, MD,  executive director of digital health at Seattle Children’s Hospital. “If I have to use them, I will, but I won’t if I don’t have to because every time we intervene with antimicrobials, a child’s microbiome is changed forever.”

Antibiotic exposure in childhood has been linked to an increased risk of inflammatory bowel disease and asthma, for example, but researchers are still learning about other conditions that killing off those good bacteria might lead to.

“This is the biggest ‘wow’ moment of medicine since I’ve been practicing,” says Shawn Ralston, MD, associate professor of pediatrics at Dartmouth’s Geisel School of Medicine in New Hampshire, of new research about the microbiome. “We now understand that the bacteria in our gut and on our skin helps our immune system develop normally. What I know now makes me want to avoid antibiotics for my children because I’m much more motivated by the things we don’t know that we’re likely to find out in the next decade.”

Is it Bacterial or Viral?

An infection clinically called acute otitis media, or AOM, could be bacterial (and thus would respond to antibiotics). But some AOM is viral (often an after-effect of an upper respiratory infection). For this reason, only about 1 in 20 children who receive antibiotics for this condition benefit from them. Meanwhile, a few of those children could end up with diarrhea or a rash (the most common side effect of antibiotics).

Even those infections caused by bacteria often improve without treatment, says Dr. Ralston. While he acknowledges that serious complications can occur if infections aren’t treated, those are very rare and the majority of infections resolve on their own. As Dr. Ralston points out, “before we had antibiotics, children weren’t often passing away from major complications from ear infections.”

In one analysis of 3 studies with over 1,400 children, half the children with ear infections who didn’t receive antibiotics got better within 3 days. A week later, 90% of the children no longer had an infection even without taking antibiotics.

The most serious complication from an untreated ear infection is mastoiditis, an inflammation of the air pockets in the bony space behind the middle ear. Untreated, mastoiditis can cause life-threatening meningitis, but mastoiditis is rare and meningitis even rarer, requiring lack of treatment for a long time, says Dr. Ralston. Some studies have also found difficulties with auditory processing or delayed language development linked to temporary hearing loss from ear infections, but these usually involve repeated infections over a longer period of time.

Meanwhile parents are wising up to the fact that more antibiotics are not always better. “The basics are this: Antibiotics have side effects, both immediately for your kid and long-term for everyone,” Dr. Swanson says. “There are times antibiotics are absolutely the way to go, and times they’re not warranted.”

While antibiotics are undeniably effective at knocking out an infection (if it is truly bacterial), you still may decide, along with your doctor, to take a wait-and-see approach to treatment. Whether your child receives antibiotics or not, you clearly will want to ease your child’s symptoms, especially pain. The most common and recommended pain relievers for children’s infections are acetaminophen at any age or ibuprofen for children at least 6 months old. In one study, only 7 to 10% of children receiving ibuprofen or acetaminophen still had pain on the second day of the infection, compared to a quarter of children who received a placebo.

“I tend to tell families to reach for acetaminophen first because there’s slightly less risk of side effects,” says Dr. Swanson, but both medications have good safety records. Ibuprofen should not be given to infants under 6 months old and can sometimes cause stomach upset.

For children at least 2 years old, the topical medications benzocaine, procaine or lidocaine can be used as long as the child’s eardrum isn’t punctured. However, current studies have not found heat packs, cold packs, herbal extracts, essential oils or olive oil to be effective for treating ear infection pain. In a small trial of just over 100 children ages 6 to 18, an herbal extract containing garlic, mullein, marigold and St. John’s wort relieved pain about as well as a topical pain reliever, but that trial did not include a control group receiving a placebo. Children under 6 should not receive combination cold/cough medications or other decongestants or antihistamines. Even for older children these over-the-counter medications don’t help with an ear infection (unless the infection is a knock-on effect of an allergy).

The best case scenario, of course, is to do what you can to prevent an ear infection in the first place. For example, the introduction and expansion of the pneumococcal vaccine has reduced ear infections from pneumococcal bacteria, says Dr. Swanson. One study found that risk factors for ear infections included having siblings, attending daycare, poor health in pregnancy and difficulty breastfeeding — almost none of which a parent can do anything about. But, Dr. Lieberthal explains, parents can do other things to reduce their children’s risk of an ear infection:

When Your Child Should Take Antibiotics

The AAP provides specific guidelines about when children should be prescribed antibiotics and when the parent and doctor together can decide to wait. If the infection is new and not severe, parents can nearly always hold off a few days before on antibiotics, though doctors may want to prescribe them for young infants, as the guidelines recommend:

“When pediatricians are looking in the ear, they’re looking at what the ear drum is doing,” Dr. Swanson said. “If you see it bulging, it’s probably because there’s an infection trapped behind that membrane.”

The problem is that about a quarter of acute otitis media cases are overdiagnosed, partly because symptoms such as fever, ear rubbing, restless sleep, stomach trouble or even other ear-related symptoms are unreliable for identifying an ear infection. The only way to diagnose an ear infection is for the doctor to look at the ear and see reddening or inflammation along with a bulging eardrum. No bulging eardrum, no acute otitis media. Even then, doctors don’t always follow the guidelines, and parents may prefer antibiotics to avoid taking sick days from work.

If a child receives antibiotics (and the infection is bacterial), the infection should go away within 2 to 3 days. The first antibiotic recommended is amoxicillin, as long as the child hasn’t had it in the past month, isn’t allergic to penicillin and doesn’t have pus in the eyes. If a child has had amoxicillin recently or has pus in the eyes — or if amoxicillin hasn’t worked for the child in the past — then the doctor should be prescribing an amoxicillin with a bit broader coverage, usually amoxicillin-clavulanate. The extra coverage helps with fighting infections caused by Haemophilus influenzae bacteria, which are typically responsible for the weepy eyes.

If a child has a mild or delayed allergy to penicillin, doctors can prescribe the oral medications cefdinir, cefpodoxime or cefuroxime or the IV medication ceftriaxone. If a child has a severe allergy to penicillin or similar antibiotics in the beta-lactams or cephalosporins groups, then doctors can prescribe any of four other antibiotics: azithromycin (“Z-pack”), clarithromycin, clindamycin or erythromycin-sulfisoxazole. However, these don’t work as well if the infection is caused by a Haemophilus influenzae bacteria, and about a third of pneumococcal bacteria are resistant to these antibiotics.

There’s always a place, in medical treatment, for antibiotics — which have been lifesaving, no doubt. But when it comes to treating many ear infections, easing your child’s pain and taking a wait-and-see approach could be the smarter course of action.