Should Kids Be Given Codeine? 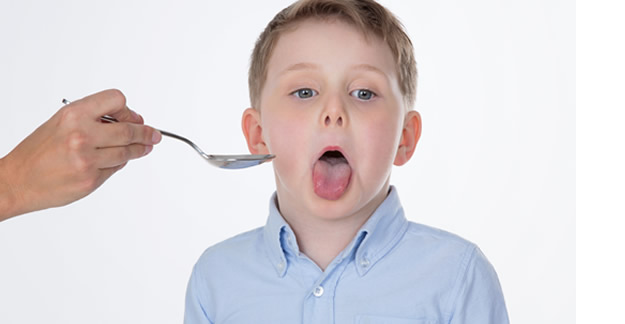 “This country has a real problem with narcotics.”

That was the response when I asked a friend of mine, a pediatrician with 30 years’ experience who’s been in private practice and now works at a neighborhood clinic, what she thinks about prescribing codeine for kids. “I can’t tell you the last time I prescribed codeine for my patients. I just don’t prescribe it for anything, including pain or coughs,” she told me, not when there are good, safe options like Motrin or Tylenol.

It’s not that a child would never receive a narcotic drug -– in a hospital setting, there are reasons to give a sick child morphine. But as a prescription, in a home setting? Not a chance, she says.

She is not the only one who’s alarmed.

“My concern, were I to be prescribing codeine in children, would be that I would, frankly, kill them,” pharmacist Maria Pruchnicki, of the Ohio State University College of Pharmacy, told National Public Radio after a daylong joint meeting of the FDA’s Pulmonary-Allergy Drugs Advisory Committee and Drug Safety and Risk Management Advisory Committee. The committee met in December 2015 to discuss the safety of codeine-containing drugs (codeine is an opioid pain reliever, also known as a narcotic) for children 18 and younger.

The expert panel focused on the risk of serious side effects or adverse events, such as respiratory depression and death.

Codeine: Easy to Get, and Unsafe

Let’s back up a minute: Why has codeine for kids even become an issue? Unlike our neighbors in Canada, the UK and Australia, parents in the US can buy cough remedies that include codeine — without a prescription – over the counter (OTC) in many parts of the country, including 28 states and the District of Columbia.

Children are often prescribed codeine for pain relief after surgery to remove their tonsils or adenoids. The narcotic is frequently combined with acetaminophen to treat “mild to moderately severe pain,” according to the FDA. These products (Tylenol with codeine, Capital with codeine, Codrix, Proval and other brands) are available for use by children as young as 2. It’s  also used to soothe coughing and is an ingredient in some prescription products for cough, cold, and upper respiratory allergies.

But in the past decade, the FDA has been looking into its safety for children following reports of the potential for serious adverse effects, including slowed or difficult breathing. From 1969 to May 1, 2012 FDA identified 10 deaths and 3 overdoses associated with codeine. Many of these children were recovering from a surgery to remove their tonsils or adenoids.

In August 2012, the FDA warned the public that this danger exists for children who are “ultra-rapid metabolizers” of codeine, meaning that their liver converts codeine to morphine in higher than normal amounts.

Prescription and OTC drugs are, after marijuana and alcohol, the most commonly abused substances by Americans 14 and older, according to The National Institute on Drug Abuse (NIDA), a branch of the National Institutes of Health, U.S. Department of Health and Human Services.

In addition, the Annual National Survey on Drug Use and Health (NSDUH) has provided data relating to specific issues such as, for example, abuse of OTC cough medicines among adolescents (Substance Abuse and Mental Health Services Administration, 2008), which revealed that in 2006 around 3.1 million people aged 12–25 stated that they had used an OTC cough and cold medicine to “get high” for a non-medical reason.

Why are Narcotics Still Available OTC?

That’s the big question the FDA faces in the near future. The December 2015 expert panel almost unanimously advised that drugs containing codeine should not be used to treat children or the majority of teens suffering from pain or a cough. The FDA does not have to follow the panel’s opinion, although it usually does.

The American Academy of Pediatrics (AAP) agrees: “The use of codeine or any other opioid cannot be recommended for the treatment of cough in children,” said Dr. Constance Houck, an anesthesiologist at Boston Children’s Hospital, speaking on behalf of the AAP.

In January 2016, Sen. Edward Markey (D-MA) put a hold on the nomination of Robert Califf, MD, to be commissioner of FDA until the agency makes reforms to its approval process for opioid analgesics, according to The Hill. Markey is unhappy with FDA’s 2015 decision to approve the use of oxycodone hydrochloride (OxyContin) to treat children as young as 11.

OxyContin and codeine differ, but they are both opioid analgesics used for pain relief. So an FDA head like Dr. Califf, who recently supported the approval of an opioid for children? That doesn’t bode well for future decisions about the use of this class of drugs for kids.

While we wait for the FDA to decide whether to restrict OTC sales of codeine products, the federal agency advises that “parents and caregivers should watch children receiving codeine for pain closely for signs of morphine overdose. There are a number of symptoms to watch for, says Bob Rappaport, MD, director of the Division of Anesthesia, Analgesia and Addiction Products (DAAAP) in FDA’s Center for Drug Evaluation and Research. If your child shows these signs, stop giving the codeine and seek medical attention immediately by taking your child to the emergency room or calling 911:

“The most important thing is that caregivers should tell the 911 operator or emergency department staff that their child has been taking codeine and is having breathing problems,” Dr. Rappaport says.

Talk to your child’s healthcare provider if you have any questions or concerns about codeine. If it’s decided that the benefit of prescribing products that contain codeine to outweighs the risk, FDA is advising that the lowest effective dose be prescribed for the shortest period of time.

In addition, report any side effects from codeine to the FDA MedWatch program.