Can Diabetics Train to Use Less Glucose-Lowering Medication? 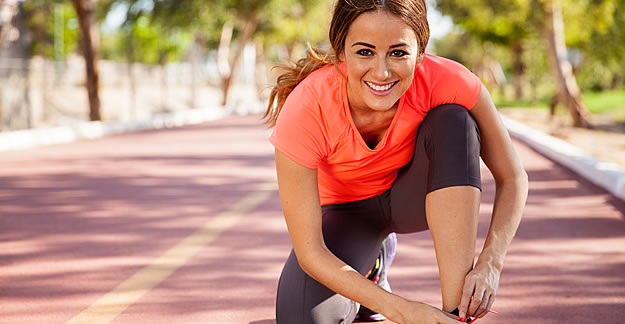 Many type 2 diabetics find that glucose-lowering medication is difficult to tolerate. These drugs have multiple potential adverse drug interactions, they are expensive, they cause discomfort and generally lower the quality of life for many. Depending on which class of drug is used, it’s not uncommon to experience low blood sugar, upset stomach, weight gain, kidney complications, tiredness, dizziness, gas, bloating and diarrhea.

If you have diabetes, how hard would you work to avoid or lower your dependence on glucose-lowering drugs? A new study found that nearly 75% of the participants with type 2 diabetes were able to lower their need for glucose-lowering drugs by embarking on a high-intensity exercise and diet program. These were diabetics who had been diagnosed less than 10 years previously.

The Study Program Was Intense — But Almost No One Quit

The lifestyle participants received dietary plans and worked out 5 to 6 days a week, twice a week with resistance training. They were followed for up to 12 months. Due to the length of the study, the researchers had to accept some level of self-reporting about what they ate. Also, because the study changed both exercise and diet, conclusions can’t be drawn about how effective diet would be without exercise and vice versa.

One needs a strong personal commitment and enough time to work out 5 to 6 sessions a week (30 to 60 minutes each time) and manage diet. Also, there was a bit of pain with this gain: Slightly more than 20% complained of musculoskeletal pain or discomfort (soreness) that resulted in being unable to work out for more than 7 days over the year.

Given all that, it’s impressive that almost all of the 64 participants charged with exercising vigorously for a year stayed in the study (2 of the 64 withdrew at 3 months). The study author, Mathias Ried-Larsen, PhD, Centre for Physical Activity Research, Rigshospitalet and Danish Diabetes Academy, Denmark, noted in an eMail to MedShadow, “We monitored the patients closely and used specialist doctors to assess the need and safety of all individual discontinuations. It’s important that patients do not engage in pharmacological discontinuation on their own.”

The Program Won’t Work for Everyone

It’s important to realize that this program might not work for everyone. Dr. Ried-Larsen added that “not all patients will likely be able to drop medications. Our patients had short-standing diabetes 2 (&lgt;10 y) and little or no reductions in insulin production. In studies with more complicated cases, exercise may not be as efficient in improving glycemic control.”

The initial goal of the study was to test whether an intensive lifestyle intervention would result in equivalent glycemic control compared with standard care, and that target was not met. But the secondary goal, to see if lifestyle intervention could lead to a reduction in glucose-lowering medication in participants with type 2 diabetes, was met.

This was a small study, and I hope similar research exploring different types and intensities of exercise will be conducted. Does one really need to work out daily? Is resistance training more effective than cardio or the other way around? There are so many possible options.

The regimen in the study was strict and difficult. ​But the benefit of lowering dependence on medicine and the promise of slowing the progression of diabetes might well make this health choice a life-improving decision.