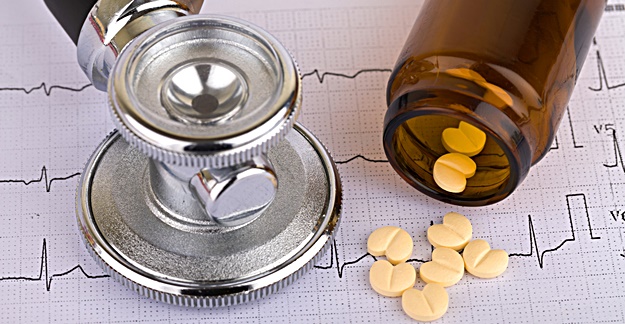 People who regularly use common NSAIDs (non-steroidal anti-inflammatory drugs) such as ibuprofen may be at an increased risk of heart failure requiring hospitalization.

The results of the new study are not entirely surprising given that previous research has found a correlation between NSAIDs and heart failure.

In the new study, researchers in Europe analyzed the risk in 10 million NSAID users. Those people used 27 different types of NSAIDs, including COX-2 inhibitors, a newer class of pain reliever, between 2000-2010.

People that were currently using one of the drugs had a 19% higher risk of hospitalization due to heart failure compared to those that had used them in the past, the researchers reported in the BMJ. The risk also appeared to be dose dependent, meaning the more of the medication taken each time, the higher the risk.

Certain NSAIDs also appeared riskier than others, such as Advil (ibuprofen), Aleve (naproxen) and Voltaren (diclofenac). The COX-2 inhibitors Vioxx (rofecoxib) and Arcoxia (etoricoxib) also had a higher risk. However, Vioxx was pulled from the market in 2004 due to concerns over an increased risk of heart failure and stroke associated with high doses of the drug taken over the long term. Arcoxia is only approved in Europe as the FDA has requested additional safety and efficacy data.

Interestingly, Celebrex (celecoxib), a COX-2 inhibitor that is on the market in the US, was not associated with a higher risk of heart failure when taken at the standard dose.

The authors noted that because their study was observational in nature, it could not directly prove cause and effect. However, they concluded that their work “offers further evidence that the most frequently used individual traditional NSAIDs and selective COX-2 inhibitors are associated with an increased risk of hospital admission for heart failure.”