Does This Common Prostate Cancer Treatment Cause Dementia? 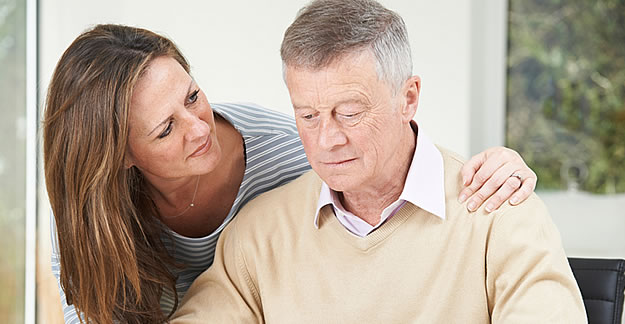 Even among cancer types, prostate cancer stands out as uniquely controversial. Screening for prostate cancer has been the subject of intense debate since the US Preventive Services Task Force (USPSTF) — the main government body that oversees cancer screening — recommended against it in 2012. Last month, they changed course and said screening is an “individual decision” between a patient and their doctor. Recently, record numbers of men with low-risk prostate cancer have simply avoided treatment altogether, adopting a strategy of “watchful waiting” until or unless symptoms worsen.

Against this backdrop, doctors are now at odds over whether one of the main treatments for prostate cancer — androgen deprivation therapy, or ADT — may also cause dementia. ADT is an anti-hormone therapy that suppresses hormones like testosterone, which prostate cancer needs to grow.

Last year, in a study published in JAMA Oncology, researchers from Stanford found that rates of dementia more than doubled when prostate cancer patients were given ADT. A competing study, published only 10 days later in the Journal of Clinical Oncology, came to exactly the opposite conclusion, finding that ADT had no effect on a prostate cancer patient’s risk of developing dementia.

The stakes are incredibly high. Prostate cancer is by far the most common cancer among men, and more than 150,000 men will be diagnosed with it this year. However, it also has the highest survival rate of any cancer, and there is a growing sense that not all men need to be treated aggressively to achieve the same successful outcome. If some patients are being overtreated, or treated unnecessarily, then they may be exposing themselves to cognitive side effects like dementia unnecessarily.

“I believe there is a possibility that ADT can have an effect on cognitive function,” said Peter Albertsen, MD, chief of the Division of Urology at the University of Connecticut. “We know that it can affect emotional behavior and depression.”

Even if ADT may not cause dementia per se, it might hasten cognitive decline in certain patients who are likely to develop cognitive problems for other reasons.

“My opinion is that ADT may have the power to trigger dementia in predisposed patients,” said Carlo Abbate, PhD, a neuropsychologist who specializes in Alzheimer’s disease at the Ospedale Maggiore Policlinico in Milan, Italy. “In other words, ADT probably makes dementia start or accelerate only in patients who will develop dementia in the future or who are already developing dementia due to other causes.” In a report published in 2016, Dr. Abbate found that stopping ADT reversed a case of mild dementia in a prostate cancer patient treated at his center.

Like many of the other questions facing prostate cancer patients, this one defies an easy answer.

“The reason this is so difficult to determine is because we cannot do a randomized trial treating some men with ADT and others not, and then wait to see if there is an increased incidence of dementia in the ADT treatment group,” said Dr. Albertsen.

The studies that have been done on ADT and dementia so far have been observational, meaning that researchers have looked at large groups of prostate cancer patients and frequently found higher rates of dementia in those who have received ADT. But that doesn’t establish a cause, only a correlation.

Furthermore, both prostate cancer and dementia occur more frequently in the elderly, so it is incredibly difficult to untangle the relationship between prostate cancer treatment, aging and dementia. ADT might be contributing to a patient’s dementia, or the patient may simply be getting older, with natural cognitive decline taking place.

Perhaps most significantly, dementia and other cognitive disorders associated with aging aren’t well understood, even outside the realm of prostate cancer treatment.

“You have to consider that our understanding of dementia is still at an elementary stage,” said Dr. Abbate. “Admittedly, there have been extraordinary findings in many aspects of dementia, such as genes, neural networks and risk factors, but actually, we know almost nothing of dementia as a whole. Sexual hormones may be a piece of the complex puzzle that is dementia, but probably not one of the main parts.”

Dr. Albertsen believes that the relationship between ADT and dementia probably involves several neurotransmitters — chemicals that send messages between nerves in the brain — that easily cross the blood-brain barrier. Unfortunately, unlike other emotional and cognitive side effects of hormone-suppressing drugs, Dr. Albertsen doesn’t believe that the dementia seen in prostate cancer patients on ADT is responsive to treatment.

While “emotional disorders and depression can sometimes be improved by withdrawing ADT,” Dr. Albertsen said, “most dementia is not reversible or treatable.”

Prostate cancer patients already have a high survival rate — more than 98% of those diagnosed currently live at least 5 years — but as these patients live longer and grow older, the risk of cognitive side effects will become more and more important in their treatment decisions.