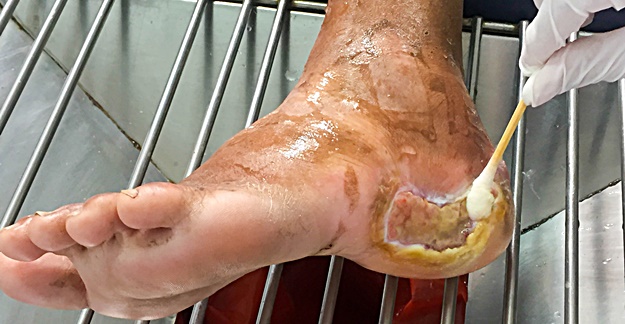 A new study demonstrates that a relatively new and popular diabetes drug, Invokana (canagliflozin), also has cardiovascular benefits, such as reducing the risk of heart attacks, but at a serious cost – an increased risk of leg and foot amputation.

Conducted by Invokana’s manufacturer, Janssen Pharmaceutical, results showed that patients on Invokana saw the risk of cardiovascular events decline by 14% compared to those on placebo. The drug also lowered the risk of kidney decline by 40%. Results were presented at both the American Diabetes Association annual meeting and in the New England Journal of Medicine.

But the research also showed that patients taking Invokana had nearly twice the risk of amputation – primarily in the foot and toes – compared with those on placebo. The FDA was already aware of this and mandated a “black box” warning – the most stringent the agency can require – on the drug’s labeling about the amputation risk last month.

Invokana is part of the newest class of diabetes medications known as SGLT-2 inhibitors. A trial published in 2015 showed that Jardiance (empagliflozin) also had cardiovascular benefits. However, unlike Jardiance, Invokana did not demonstrate a reduction in cardiovascular death in the newest study.