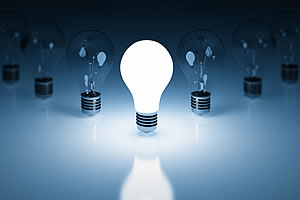 Here are ideas that made me put down my coffee and pay attention:

Avoid taking any drug that has been on the market for less than 3 years. Why? Some drugs have significant side effects that don’t become apparent until a large group of people have taken it under real-life circumstances. In that unusual but not rare event, the FDA will reverse approval. A study (this link requires a free registration) of the Canadian process (similar to the U.S.) found the median time period between drug approval and withdrawal was about 3 years. So when you have the choice between 2 drugs, take the older.

Can a fever be good for you? Your body creates a fever because the higher temperature hurts a virus’s ability to reproduce. If you take an anti-fever drug (over-the-counter or prescription), your temperature will drop. That causes 2 things to happen: First your temperature will drop, which allows the viruses to continue to multiply and “shed” (or spread) to others in greater amounts. Then you’ll feel better and so will probably go to work or out in public where you’ll spread the virus. (From the New York Times)

Lesson? If you take aspirin, ibuprofen, acetaminophen, or other anti-fever drug, stay indoors until you’re fully healthy, even though you’ll feel better sooner.

If a woman with breast cancer takes aspirin 1x a month, her chance of death by breast cancer lowers by 50%! As unlikely as that seems, there’s a good chance it’s true. Michelle Holmes and Wendy Chen are physicians and faculty members at Harvard Medical School. They published an OpEd piece in the New York Times bemoaning the fact that they can’t get the $10 million of funding it would take to prove it in a randomized trial (the highest-quality research).

In 2010 the doctors conducted and published the findings of an observational study (a review of records) of women with breast cancer who happened to take aspirin 1 or more times per month for whatever reason. They found a 50% lower death rate for the aspirin-takers. Their findings were repeated in 2012 in a British study that combined results from clinical trials that investigated heart disease and aspirin. A secondary finding was a significantly lower risk of breast cancer death. Neither study is conclusive, but they suggest more studies testing this finding should be conducted. Sadly, the doctors conclude that pharmaceutical companies won’t do the trials because they can’t make money on them, and government money is seduced away into more novel treatments. Let’s hope this OpEd piece gets the attention it should and our government allocates the funds.