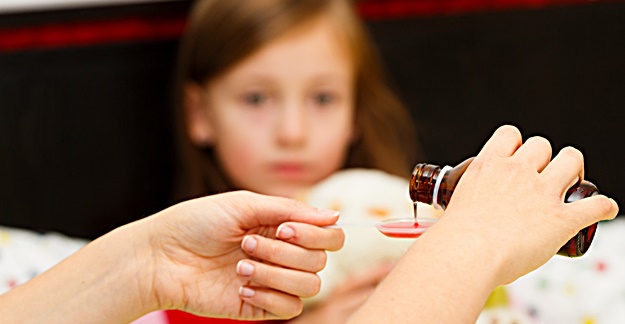 Children should never be given the opiate codeine due to a risk that some may experience slow breathing that can even lead to death, according to new recommendations from the American Academy of Pediatrics (AAP).

Codeine has been given to children for decades in large part as an ingredient in many liquid cough syrups. In fact, cough medicine with codeine can be prescribed nationwide to children, and is even available over-the-counter in 28 states and the District of Columbia.

The reason for the new caution over codeine has to do with how the drug is processed inside children’s bodies. While codeine is metabolized by the liver, which converts it into morphine, genetic differences in children impact how quickly morphine is produced by the liver. In some children, rapid metabolism can lead to respiratory depression which, in some cases, can be fatal.

The AAP report, published in the journal Pediatrics, says codeine is still widely used in children. It cites a study that found that more than 800,000 children under the age 11 were prescribed codeine between 2007 and 2011.

Since 2013, the labeling on codeine and codeine-containing products has contained a “black box” warning — the most stringent the FDA can mandate — over a risk of serious breathing problems in children who received the drug following a tonsillectomy and/or adenoidectomy. The labeling also includes wording that an alternate analgesic should be used for children in this situation.

And in December 2015, an FDA advisory committee recommended against using codeine as a treatment for coughs in children.

“Additional measures are needed to prevent future problems with the use of codeine in the pediatric population,” the authors write in the conclusion. “Improved education of parents and more formal restrictions regarding its use in children, regardless of age, are necessary.”