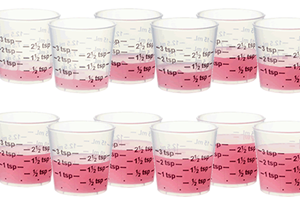 It’s in my nature — I see danger everywhere. But it would help if it wasn’t true that there is danger everywhere! Even in the OTC aisle of the drug store. OTC drugs are supposed to be broadly safe, hard to abuse and unlikely to cause harm or addiction if you follow the instructions. But many people don’t follow the instructions, and even those who do can make mistakes leading to big problems.

Acetaminophen (Tylenol and generics) is a drug that is too easy to overdose on, even when following instructions. The FDA limits acetaminophen to 4,000 mg in 24 hours. If you use Extra Strength Tylenol, then two pills/tablets/caplets equal 1,000 mg. You could take 2 when you wake up, 2 at lunch, 2 in the late afternoon and 2 before bed.

But watch out! Acetaminophen is mixed into lots of cold and flu remedies. Products like Theraflu, NyQuil Cold & Flu Nighttime Relief and Alka-Seltzer Plus-D Sinus & Cold have 650 mg of acetaminophen per dose. Taken along with regular doses of Tylenol, these drugs will send you into overdose territory. Hundreds of medicines use acetaminophen in combination with other drugs, causing consumers to inadvertently double or triple the amount of acetaminophen they ingest.

The number one cause of acute liver failure is too much acetaminophen. Either a single high overdose or dosing at the max for multiple days could lead to liver damage or failure. About 56,000 people in the US go to the ER each year due to acetaminophen overdose; about half end up hospitalized. Because acetaminophen interacts with the liver, alcohol will increase the effect of the drug, lowering the amount of Tylenol that can get you very sick. How much alcohol? One drink for women and 2 for men.

The black box label from Percocet and Vicodin:

I’m glad the FDA is trying to warn patients. But if I was in pain, the above would look like Greek to me. Translated it means: Acetaminophen is associated with (can cause) acute liver failure — there have been cases of liver transplants needed and death from liver failure; most liver injury is associated with acetaminophen doses greater than 4,000 mg per day (that’s equal to 4 doses of Extra Strength Tylenol) and more than 1 product that contains acetaminophen.

The FDA has recently become very concerned about a rare but deadly skin reaction to acetaminophen. It released a safety warning to watch for a rash, blistering, and skin pigment changes as early signs (along with flu-like symptoms, blindness, organ damage and scarring). Get help fast if you even suspect a problem.

In the meantime, read the label of all multi-ingredient products! And try taking less than the maximum dose — you might be surprised that less is just as effective. Studies show that 325mg of acetaminophen provide the maximum benefit of pain relief while minimizing the risk of liver damage. Start with 1 regular-strength Tylenol for your pain. You can always add another. But you can’t subtract it once it’s in your system.