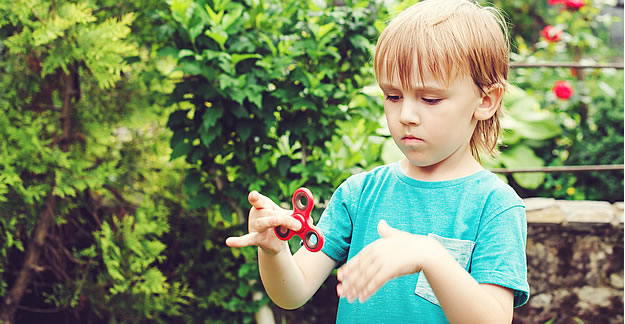 How do you study the effects of a group of chemicals that surround us daily, affect us before our birth and cause a variety of damages?

Endocrine disruptors are so terribly hard to study because they are ubiquitous — BPAs in our plastic bottles and lining cans of food; glycol ethers in many paints and cleaning products; PVCs in children’s toys and plastic food containers are just a few examples.

We hear a lot about endocrine disruptors because the endocrine system, a network of hormones and glands, is complex and delicate. Interfering with it can cause infertility, cancers, immune and nervous system disturbances and more. In a pregnant woman’s body, an endocrine disruptor can affect the development of a fetus or later, a newborn through breastfeeding.

Disruption happens when an outside chemical mimics hormones and sends the wrong signal to the body. It can tell the pancreas to produce insulin when it’s not needed, or give the wrong message to a developing fetus, causing organ malformations. It can cause cancers.

DES was given in massive doses (much higher than general exposure to PBAs, the insecticide DDT or PVCs) to an estimated 5 to 10 million pregnant women from the 1940s until 1971. That was the year that DES was proven to have caused a rare vaginal/cervical cancer in young women, the daughters of those pregnant women given DES.

In time we learned that exposure to DES also caused abnormal development of fertility organs, cardiovascular effects in some of the daughters and sons, and many other known and suspected health issues such as cardiovascular disease, diabetes, high cholesterol and sexual orientation. For more complete information, and to learn if your mother/grandmother was given DES in pregnancy, see DES Action USA, our sister organization.

But what about the grandchildren? Scientists worried that the epigenetic changes might be passed on to future generations through altered genes. For years we have worried, and scientists have searched for proof, and we now have it: DES has been positively linked to ADHD in the grandchildren of those pregnant women.

You can read the study in JAMA Pediatrics, or, even better, listen to this podcast of the study by an editor from JAMA Pediatrics. The upshot: Mothers given DES have increased odds of a grandchild being diagnosed with ADHD by 36%.

An editorial about this study states: “If disorders like ADHD are epigenetic conditions… it would have powerful implications for where national research dollars should focus to find ways to reduce the incidence of ADHD and other mental disorders. Discoveries about epigenetic associations as potential biomarkers of both illness and etiology that are related to common environmental exposures could hold promise to lead directly to renewed and targeted intervention to prevent ADHD and other illnesses from occurring. This may be the most exciting direction open to the field.”

A cure for ADHD? Unlikely. A way of avoiding it happening? Very possible now.