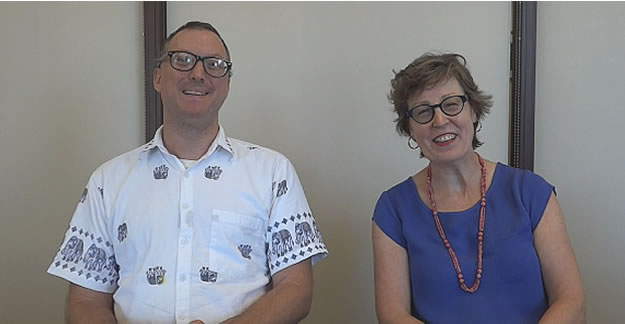 Hi I am Su Robotti. I am the founder of MedShadow Foundation. I am here today with Jonathan Block our content manager for MedShadow. And today we are going to talk about.

JB: About an amendment that was proposed to the Republican Party platform last week known as the Right to Try laws. With this would do is, it would allow more people to get access to experimental drugs. That is, drugs that are still being tested and not been formally approved by the FDA, but nonetheless people who are gravely ill want access to them because if you are gravely ill and dying you might want to try something that has the potential to save your life.

SR: So this would apply only to people who have a terminal illness and have exhausted every other possible drug or treatment that’s out there now. Right?

JB: That’s correct and the fact there are about 31 states right now that have the so-called Right to Try laws and a bunch of other states are considering them. The interesting thing however is that the FDA already has a program for people who have terminal illnesses don’t want to get access to these experimental drugs under a compassionate use program, and in fact research has shown that most of these requests actually have been approved.

SR: However, all those people have not been able to get access to the drug even if the FDA approved the one-time unusual use because pharmaceutical companies often can’t release that direct to the person. There could be many reasons for it. The drug is not in production so they don’t have a lot of it. They could have allocated all the drug they made for clinical trials and clinical trials are really have to be the priority for society as a whole. Because in clinical trials it’s determined whether the drug is safe for general use, safe for people who are ill, effective for people who are ill. It can be used it can be approved by FDA only after clinical trials. So clearly that has to be the priority as heartwrenching as it is to potentially say no to somebody with terminal illness.

JB: Yes, I just want to add some to what I had said before that even now the FDA does approve most of these requests, it’s a very cumbersome process and it also can take a very very long time. And when you are dying of a terminal illness, every day matters and what these right to try laws do is they try to speed access to then and this is actually a growing issue. Due to the fact that there was a recent working group put together by NYU Langone Medical Center and they found that the request for these compassionate used medicines have gone up growth by 94% in 2014. So there is greater demand for people who are dying of terminal illnesses to get access to these drugs, so I believe that this kind of a program would allow greater access to these people and obviously they know that these drugs are experimental, that there are risks associated with them. But I would make the argument that because they know they are dying anyway they rather try something even if it’s a so-called Hail Mary that may just work, rather than wait many many years for it to go to the FDA for approval process and during that time they may die whereas, if they have the access to the experiential medical who knows maybe it is something that will benefit them and they could actually live healthier lives.

SR: It’s just trying anything. And a person who is terminally ill and their family are in a very difficult position, they are not medical professions, they don’t know what’s going to work, this drug has not been approved. If there are medical complications, even if it is effective, are the effective for their terminal illness it could leave them with other damages that they have no legal resource, they have no medical back up, no insurance company is going to help them deal with potentially terrible, terrible side effects. And harm, there is actually harm. There is a great example of bone marrow transplants being rushed to the approval process because this is going to save lives with breast cancer. This was rushed through an unprecedented manner and just because it only showed benefits. And many women were harmed by–several women died, quite a few, ten’s of women died from it and it turned out to have absolutely no benefit and actual harm. So there is a reason for clinical trials. We have to follow the system.

JB: Just this final statement here before we end. I completely understand your point of view but I still believe that people should have is the name of the law is the right to try. They understand exactly those risks that are involved and at least give them the option to try, let them make the decisions instead of having a bureaucratic government agency make it for them.

SR: Well as they say your expression, your right to your personal rights end at the end of my nose, their right to try a drug could be limiting the ability for a clinical trial to move forward. So I think we disagree on this.

JB: I guess we will agree to disagree on this one.

SR: Okay. Thank you very much.

Should You Join a COVID-19 Clinical Trial If You’re Sick?