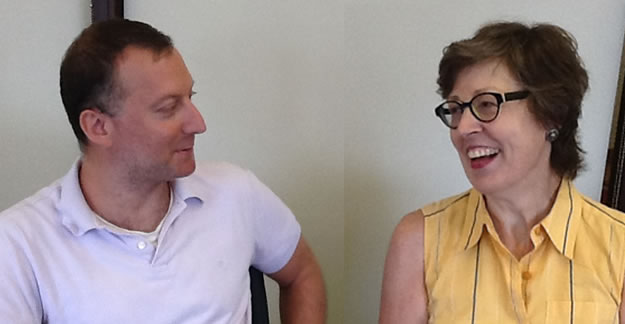 Su Robotti: Hi, I’m Su Robotti and I’m the founder of MedShadow, and this is Jonathan Block, who is the content editor or MedShadow. At the MedShadow, we focus on what are the side effects of the medicines that we all take every day, both over-the-counter medicines and prescription. But today, we’re actually going to talk about placebos, not medicines, those fake medicines or sugar pills. What did we find out, Jonathan?

Jonathan Block: It’s interesting because there was a time when you think about placebo is you talk about them in reference to clinical trials where an active drug is tested against a placebo or as you pointed out, a sugar pill. But I’ve covered some very interesting research about placebo and that’s that a lot of doctors are actually prescribing them to patients and interestingly, even though they are placebos, they’re actually having a bit of a therapeutic effect. In the cases that, the several studies that we have covered here at MedShadow, the placebos that have been given to patients aren’t really true placebos in that they’re really not sugar pills. They’re normally pills that have a very, very small amount of medication so that it doesn’t have the normal therapeutic effect but even now they’re not supposed to have a therapeutic effect, some research has shown that in fact they do.

One of the most interesting ones that I have uncovered is that there was a study, researchers looking at Parkinson’s medications and when, in the study, when the patients were switched from an active drug to treat Parkinson’s to a placebo, even though they were taking the placebo, they were still continuing to experience therapeutic benefit from it, and part of the research that they did is that they took scans of their brains and they found that there were differences in how the people who were on the placebo, how their neurons were working, and that the placebo was actually leading to fewer tremors and less muscle rigidity which are 2 common symptoms in Parkinson’s.

JR: Well in that case, you could have some of the psychosomatic effect where people think they are having improvement where in fact they may really be not.

SR: But the research is actually showing and we have about 4 research studies we’ve found covering symptoms for IBS (irritable bowel syndrome), migraines, back pain and Parkinson’s and we’ll put the link to that in the notes to this video. But what we’re finding is, the research is finding that the placebos are following the same neural pathways as the medicine, and even when people know that it’s placebo, they’re having an actual physical response. So it’s not necessarily just psychosomatic, they’re seeing an actual change in the body.

JR: Correct, and this actually bodes well for people who are experiencing that kind of benefit because they get the benefit without the side effects that often are associated with many of the drugs that they take, so if you can get the same — so if you could have the same benefit without taking a drug that has a litany of side effects, it’s really a win-win for everybody.

SR: Sure, it will improve your quality of life, or it can, but even more exciting, so many of the opioids that people are using for pain management, if you start taking a couple of days of opioids and switch to sugar pills, you may potentially get the exact same effect with no possibility of addiction. And addiction has been, of course, the big headlines for the past year or 2 in pain killers.

JR: What’s also very exciting is that research that’s currently underway that’s looking at placebos for other conditions such as asthma and sleep disorders, so what we could be witnessing right now is just the beginning of using placebos to treat medical conditions.

SR: Who would have thought that less might very well be more in the future of medicine. Thank you for watching, this is MedShadow, and as always, we want to encourage you to work with your doctor to find the right medical care for yourself.

Reducing Migraines by Reducing Screen Time is Possible, Even in a Pandemic

What Is Irritable Bowel Syndrome and How Best to Treat It?