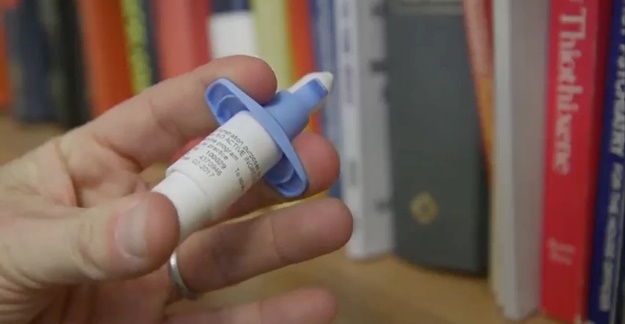 With many people suffering from depression not responding to antidepressants despite trying several, there is a critical need for therapies that can treat what is known as treatment-resistant depression. Although it might sound unusual, a medication derived from what is best known as a party drug might just be what millions of people have been looking for.

The drug, esketamine, is closely related to ketamine, a legal anesthetic used in both humans and animals, though it is most popularly known as a party drug due to its hallucinogenic effects. Johnson & Johnson’s Janssen division developed esketamine, which is designed as a nasal spray. The company says the drug is a fast-acting therapy for treatment-resistant depression. While traditional antidepressants can take weeks or months to have any positive effect – if any at all – many people who have taken esketamine report feeling better within a matter of hours.

To me, there is an essential need for a drug like esketamine. About one-third of adults with major depression don’t respond to antidepressants. Given that major depression affects more than 16 million adult Americans – about 6.7% of the US population 18 and older – each year, that’s more than 5 million people who could benefit from esketamine.

As we previously reported in MedShadow, there are plenty of clinics that have popped up across the country offering straight ketamine infusions. The infusions are not cheap, and their efficacy is debatable.

The FDA is set to render a decision on esketamine on or before March 4. Although the drug has “breakthrough-therapy” designation — meaning it has an expedited review because it treats a serious or life-threatening illness or it represents a significant improvement over existing treatments — that’s not a guarantee a majority of FDA panel members will agree it should be approved.

That’s because of some concerns. The first, which was brought up by FDA staff in review documents, is the potential for abuse, though they admitted this is low and can be mitigated. The other is that since esketamine can cause dissociation, the hallucinogenic feeling I mentioned before, some people who take it could be at risk for accidents or other kinds of harm. Some people have reported this feels like an “out of body” experience. In two late-stage studies, about 27.4% of people taking esketamine experienced dissociation. FDA reviewers say dissociation takes about 90 minutes to go away. That will likely weigh on the minds of many committee members.

Esketamine is also under investigation as a treatment for depressed people at heightened risk of suicide. Given that the nation’s suicide rate increased 33% between 1999 and 2017, according to Centers for Disease Control and Prevention data, esketamine could potentially play a role in reversing that trend.

As I see it, the potential benefits of esketamine outweigh some of its concerns. While I don’t believe it will be a solution for everyone suffering from treatment-resistant depression, it could represent the first depression treatment with a new method of action in decades. Given the toll depression and suicides take on society, the FDA should give doctors another treatment option.