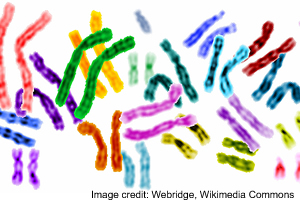 When the FDA reverses itself on an approval issue, is the agency demonstrating forward progress, a more open mind, a quest for innovation? Or are there other external forces at work? That’s a tough question to answer when it comes to a decision the FDA made last month: approving a direct-to-consumer (DTC) genetic test designed by the Google-owned company 23andMe.

The test determines whether a healthy person could be a carrier for their offspring to inherit Bloom Syndrome, a rare disorder that causes short stature, increased risk of cancer and other health problems.

In a press release about the approval, the FDA says that “the test is intended only for postnatal carrier screening in adults of reproductive age, and the results should be used in conjunction with other available laboratory and clinical information for any medical purposes.”

In 2006, without approval from US regulators, 23andMe began to aggressively market a $99 home test for consumers to learn about their ancestry, genes and genetic predispositions for health conditions.

The New York Times reported that in spite of many communications from the FDA, 23andMe failed to show the tests were backed by science. The FDA also didn’t like the marketing claims, which called the test a “first step in prevention” against diseases like “diabetes, heart disease and breast cancer.”

In 2013 the agency sent a warning letter to 23andMe to stop selling their Personal Genome Service product because of “failure to obtain marketing clearance or approval to assure their tests were accurate, reliable and clinically meaningful.” Then in November 2013 the company was also slapped with a class action lawsuit.

Why the Change of Attitude?
But now the FDA has done an about-face and approved the home test for Bloom Syndrome. More significantly, they exempted home-use genetic testing for other carrier genes from “pre-market approval” — the most stringent type of device marketing application required by the agency to assure that the device is safe and effective for its intended use(s).

That’s good news for industry. But is it good for patients?

The FDA thinks so. The agency’s February 19 press release quotes Alberto Gutierrez, Ph.D., director of the Office of In Vitro Diagnostics and Radiological Health in the FDA’s Center for Devices and Radiological Health, as saying, “The FDA believes that in many circumstances it is not necessary for consumers to go through a licensed practitioner to have direct access to their personal genetic information. Today’s authorization and accompanying classification, along with FDA’s intent to exempt these devices from FDA premarket review, supports innovation and will ultimately benefit consumers.”

This statement doesn’t seem to be limited to Bloom Syndrome.  What’s more, the release also cautions that “no test is perfect.”

Which puts a lot pressure on a consumer to learn how to use these tests correctly and interpret the results in an accurate and meaningful way.

Here’s how the FDA addressed potential concerns for the consumer. As part of the approval, they required 23andMe to adhere to the following guidelines:

But is this enough to ensure people will know how to use the test effectively?

According to the National Human Genome Research Institute, genetic tests have evolved from detection of chromosomal abnormalities and mutations in single genes causing rare, inherited disorders like cystic fibrosis to complex analyses of a number of genes to identify one’s risk for chronic diseases such as heart disease and cancer. These tests can also quantify a patient’s risk of cancer recurrence and predict the effectiveness of therapeutics and guide their use.

What are the benefits?

In an FAQ the NIH says genetic testing can help:

What are the risks?

The NIH claims that genetic testing has a generally low risk of negatively impacting physical health but can be difficult financially or emotionally, for example:

“In particular, without guidance about genetic test results from an informed, genetically knowledgeable health care provider, people may experience unneeded anxiety or false reassurance, or they may make important decisions about medical treatment or care based on incomplete information.”

In addition, the NCI warns that “companies that offer DTC genetic testing do not always tell the consumer the details of their privacy policies.” In effect, results may become part of the patient’s medical record, introducing risk of privacy invasion.

These are significant issues.

I can come close to understanding why the FDA felt a genetic test specifically for Bloom Syndrome would be beneficial for potential carriers, but given the complexity of interpreting results, it’s not clear to me why the agency opened the door to home testing for other genetic tests without pre-market review.

Doesn’t this ask a lot of a patient? The FDA advises us to consult with a physician or geneticist. Even that seems like a burden, given the fluctuating insurance rules under the ACA.  Where do we even start to find this type of expert?

There is a fair amount of information available online, starting with the NIH National Human Genome Research Institute, which has written a guide to different types of genetic testing in plain English with a helpful glossary of terminology.

In addition, The US Federal Trade Commission (FTC) has a fact sheet about at-home genetic tests that includes helpful advice. As part of its mission, the FTC investigates complaints about false or misleading health claims in advertisements.

The American Society of Human Genetics, a membership organization of genetics professionals, has also issued a statement about DTC genetic tests that recommends transparency in such testing, provider education about the testing, and the development of appropriate regulations to ensure test and laboratory quality.

The 23andMe website today focuses on the ancestry aspect of genetic testing, but the results include sections on “health risks” and “inherited risks.” Since anyone can buy it, perhaps Google is expecting the new test to be used for more than testing for Bloom Syndrome.

Can You Trust Genetic Tests for Meds?