Hide and Don’t Seek: Why Are Many Drug Side Effects Kept From the Public? 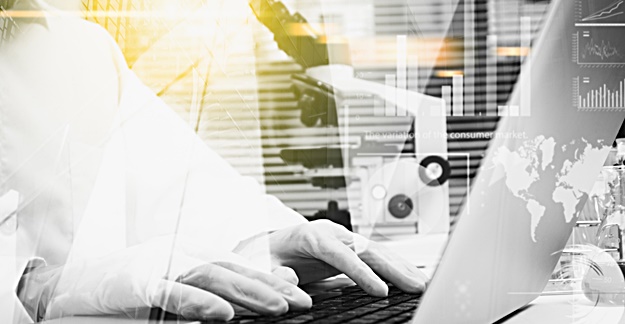 This is part 1 of a 2-part investigation by Padma Nagappan for MedShadow Foundation. The second part is available on our blog.

When he evaluated treatment options and medicines that his patients could take, internist Dr. Yoon K. Loke had difficulty finding complete data on side effects, since he discovered that a lot of incidents were not reported.

“As a physician, I wanted to have a complete picture of the safety profile of a medicine before I prescribed it to a patient. Having studied it, I realized it’s hard to decide between two drugs and see which is safer,” says Loke, who is also a professor of medicine and pharmacology at the Norwich Medical School, University of East Anglia, in England.

He and fellow researcher Su Golder, a specialist in systematic review of adverse effects who is with the University of York, searched for comprehensively reported, understandable data on adverse effects, but they kept hitting brick walls and that’s when they decided to undertake a study on how often side effects are under reported, and the impact this has on systematic reviews of side effects.

They scoured multiple medical databases and found 28 studies that had comprehensive data, on how often adverse effects are reported in published medical journal studies about clinical trials, and how that compares with data reported in matching, ‘unpublished’ sources — such as a drug company’s website.

Websites and promotional literature in other formats are not peer reviewed by medical and/or pharmacology experts, unlike studies published by medical journals. Even with peer reviewed published studies, retractions often happen, so the litmus test for a trial is whether it can be replicated and still show similar results.

“A lot of times we read about something exciting in the press, but it’s been done in small trials or not so robust methods. So we need to see if can be replicated and if it’s been scrutinized by other researchers,” Loke points out.

The 28 studies looked at more than 500 clinical trials worldwide, not just in the U.K. or U.S., and found under reporting was a common occurrence.

“Many media reports and studies talk up therapies or treatments, but they don’t focus on the adverse effects,” Loke points out. “We did an extensive search of databases and realized it’s a worldwide problem. People report good news and they like to read about good news, but not many focus on the bad news, because it’s not so popular and that’s why side effects have minor descriptions.”

Golder, Loke and fellow researchers published their findings from reviewing these 28 studies in the journal PLOS Medicine in September. Chief among their findings was that only about half the published studies reported adverse effects –- 46%, compared to 95% of corresponding unpublished documents.

Such discrepancies in reporting can be misleading.

“As physicians, we are trying to understand what the problems are with a treatment. Typically, we only understand half the data that’s available in the scientific press, and it’s hard to get hold of all the data,” Loke explains. “This makes our treatment decisions not very reliable, which makes me wonder how we’re making decisions for ourselves and our patients. I don’t think this should continue. We need to push for all the data to be made public, either through clinicaltrials.gov or through the company website.”

ClinicalTrials.gov is the largest database of clinical trials that provides patients, family members, healthcare providers and researchers with access to information on publicly and privately supported clinical trials on different diseases and conditions. It is run by the National Library of Medicine at the National Institutes of Health (NIH), and has more than 224,000 trials registered from across the U.S and 194 countries.

What Loke’s group found is something that’s well documented – and persistent advocacy to push for transparency and improved reporting of adverse effects by concerned activists, and push back from journal editors, have led to measures by the U.S government requiring specific reporting in order to register clinical trials and submit summary results to ClinicalTrials.gov.

In September of this year, around the same time that Loke’s study was published, the Department of Health and Human Services announced a so called final rule that would require more information about clinical trials and results to be made available to the public. This rule calls for detailed reporting of results under the Food and Drug Administration Amendments Act of 2007 (FDAAA).

Although FDAAA was established in 2007, compliance by companies reporting on clinical trials was low – only about 23,000 of the 224,000 trial studies had detailed results listed.

This is because there was ambiguity about some requirements, according to Dr. Deborah Zarin, the director of ClinicalTrials.gov, which the new rule would remove, and that should increase accountability going forward. Zarin wrote an article in the New England Journal of Medicine in November, explaining what the new rule would do to increase information made available to the public about results.

The NIH also issued a complementary rule at the same time, requiring all NIH-funded trials to report detailed results, whether they’re covered by FDAAA or not.

“These are two important developments in the U.S, so at least in the U.S. things could change,” Loke says.