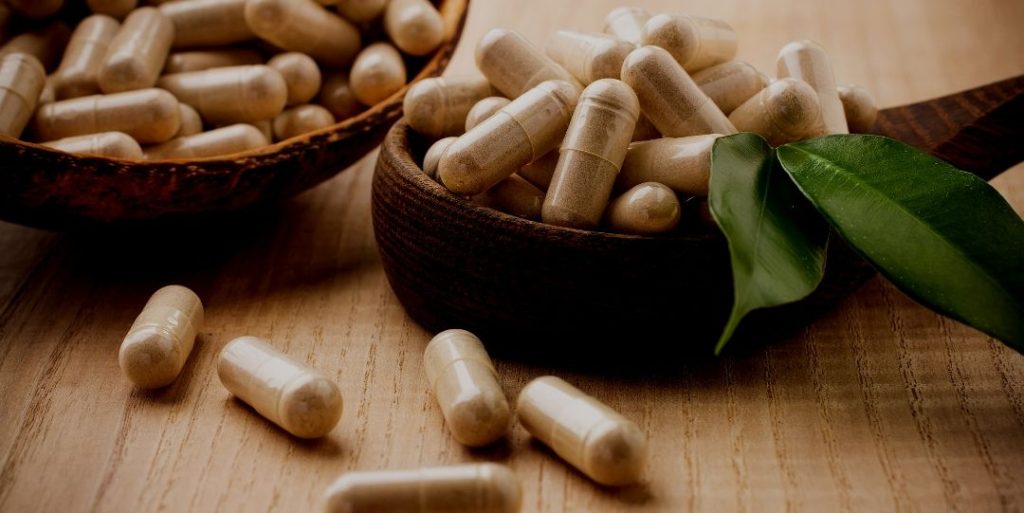 As stressed-out Americans look for ways to relax, some are heading to kava bars that are popping up around the country, while others are using kava supplements as a means to reduce anxiety.

“People are just trying to wind down at the end of the day, end on a relaxing, calm note,” says Matt Masifilo, a former NFL football player who owns Modernesian Kava Social, a kava bar in Tampa, Fla.

Kava comes from the root of the piper methysticum plant, which grows in the Pacific islands and is part of the pepper family. It has been used for centuries to promote relaxation and in traditional medicine. In the islands, the kava root is traditionally ground up and blended into an earthy-tasty drink.

Masifilo, who is from Hawaii and is half-Tongan, says that in the Pacific, “any type of social honor centers around kava. We use it to stay connected to the land and as a way to gather in community.”

In western society unsubstantiated reports of benefits have led to some people taking kava in capsules or drops to lower anxiety.

A few small clinical trials showed kava could be helpful for individuals struggling with anxiety, says Dr. Brent Bauer, director of the complementary and integrative medicine program at the Mayo Clinic. That led to supplements in capsules or drops becoming popular in the US. But it fell out of favor when a number of reports linked it to liver damage. {See Medshadow’s article: Anti Anxiety Meds: Options, Side Effects & Alternatives }

Now some of those reports of liver toxicity have been questioned, and kava is making a comeback.

Kava gained popularity in the United States and Europe in the 1990s, when supplements were used to treat anxiety.  The kava root is ground to powder, and the active ingredient is called kavalactone.

When reports of liver damage arose, with some cases resulting in death or liver transplants, the product was banned in countries such as Germany and France, and the U.S. Food and Drug Administration issued a warning about kava in 2002.

A 2007 study by the World Health Organization (WHO) reviewed reports of liver damage tied to kava usage. It identified 93 reported cases worldwide, including seven reports of deaths and 14 reports of patients who required liver transplants.

The WHO study recommended kava not be used by someone on other anti-anxiety medications, antipsychotics or antithrombotics because of the risk that interactions could affect the liver.

Craig Hopp, deputy director of the division of extramural research at the National Center for Complementary and Integrative Health (NCCIH) at the National Institutes of Health (NIH), says experts aren’t sure what caused the liver issues, but have hypothesized that some above-ground parts of the plant might have been included in the supplement; there might have been impurities in the products; components of kava caused drug interactions; or that using something other than water might have extracted other components that caused the adverse reactions. The NCCIH has recently funded a grant for the University of Florida to explore the causes of adverse reactions.

Kava has long been recognized as an anti-anxiety treatment.

Ginger Golden, of Gulfport, Fla., began using kava drops in iced tea to treat her anxiety in the 1990s. “It kept the anxiety way down.” At the recommendation of an herbalist, she took it with the supplement milk thistle as a way to protect her liver and never suffered any ill effects.

She used kava off and on for years, before being prescribed anti-depressants. “I don’t think the medications I’m on now would allow me to be on it (kava),” she says.

University of Minnesota researchers reviewed clinical trials of kava as a treatment for anxiety and their findings were published in Medicinal Chemistry in 2016. They found kava showed promising results in 10 of 11 randomized clinical trials “with a tolerable side-effect profile. However, when used in the non-clinical trial setting, there is a concern of side effects including liver toxicity, which has a higher chance of drug-drug and drug-herb interactions in comparison to the more regulated clinical trials.”

It should be noted that none of the 11 trials had enrollment larger than 150 people and most (8 of the studies) had substantially fewer than 100.

The University of Minnesota review included a study conducted by Australian researchers that was published in the Journal of Clinical Psychopharmacology. That study found kava could be successfully used to treat generalized anxiety disorder.

Lead researcher Jerome Sarris from the University of Melbourne, said unlike some treatment options kava “has less risk of dependency and less potential for side effects.”

In the eight-week study, 75 patients received either kava or placebo. At the end of the study, 26 percent of those receiving kava were considered in remission, compared to 6 percent of those who received a placebo. The study found no impact on liver function for either group, and no addiction to the kava.

The NIH warns that high doses of kava have been associated with dry or yellowing skin, and also with heart problems and eye irritation.

Bauer says he discourages patients with liver disorders from using kava. “Others might be able to use it safely for short periods of time but if someone plans to use it for more than a few weeks, I do ask them to have their liver tests evaluated just to be safe.”

As a drink, the ground kava root is agitated in water or another liquid to release the kavalactones, says Masifilo.

The kava is often served in a coconut shell, or bowl that resembles one, and has the maximum relaxation effect if drunk quickly, he says.

Britain’s Prince Harry even chugged kava during a trip to Fiji in the fall.

A map produced by the website Kalm with Kava shows about 100 kava bars dotted around the country, with the preponderance found in Florida. Jud Lang, a business owner in Portland, Ore., says he’s drunk kava off on and on for three years, after being introduced to it from a roommate who was from Hawaii. “I love it. It’s a great alternative to alcohol.”

Lang tends to drink kava at home. While some people drink it at any time, he’s found that drinking it during the day “made me too tired. I wanted to go back to bed.” But when he drinks it at night, “I feel so refreshed in the morning.”

Hopp says of kava, “it definitely has anti-anxiety properties” and if someone drinks it every week or two “it can be an alternative to happy hour.”

“Hopefully more research will delineate fact from fiction” when it comes to kava consumption, Hopp says.