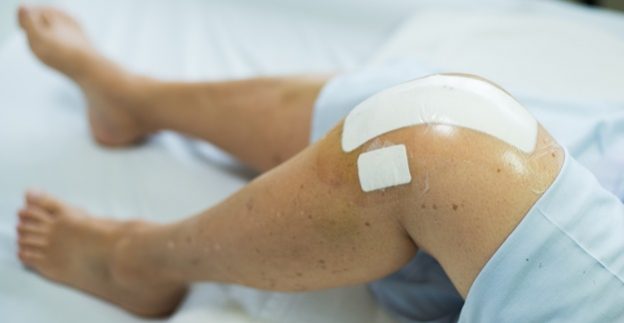 Liz Szabo reports for Kaiser Health News about the high proportion of people who get knee replacements and wonder whether they should have. For about one third of people, knee replacements do not ease arthritis pain. Better treatments include pain relievers, diet changes, and physical therapy.

Knee replacements are fairly common procedures, considered safe and effective. More than 750,000 people receive them each year. But, in some cases, they may cause more harm than good. Doctors and hospitals make money from knee replacements and may not warn you about their risks.

People get knee replacements to address chronic pain, But, a knee replacement is not always a cure for pain. Indeed, it can bring on more knee pain, which can spread to your hips and back.

Knee replacement surgery has serious risks. The data suggests that as many as one in three people suffer chronic pain as a result of a knee replacement. About 20% of people who have the procedure are unhappy with the result.

People who get knee replacements are far more likely to develop complications than people who use non-surgical treatments such as pain relievers and physical therapy to relieve their pain. Infections, blood clots and knee stiffness are all too common side effects of surgery and may lead to the need for another medical procedure. Between one and two percent of people who get knee replacements die within three months.

You may not want to get a knee replacement if you have mild arthritis. A BMJ study found that quality of life does not tend to improve for people with mild arthritis.

And, you probably do not want to get a knee replacement in order to be able to engage in heavy duty sports, such as basketball. Artificial knees tend not to be meant for heavy duty exercise.

Finally, if you are relatively young and believe you would benefit from a knee replacement, keep in mind that artificial knees only last about 20 years before they must be replaced. They can wear out and leave particles that inflame the knee area. They also can loosen and separate from the bone. If you need to replace an artificial knee, the risk of complications is higher.

This article originally appeared on JustCareUSA. Republished with permission