The FDA Has It Wrong on Kratom: How the Herb is Helping People Like Me 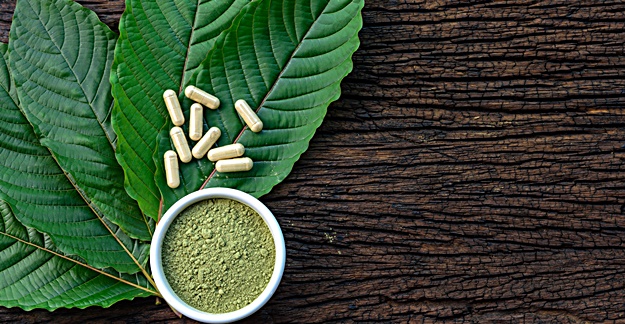 By Andrew Turner
Some may ask who are the consumers of kratom, an herb used to treat pain, depression and anxiety that has been the subject of controversy lately in the news. It’s complicated.

We can be anyone. We are your neighbor, the veteran in the supermarket, your college professor and even your best friend. There’s a lot of misconceptions about kratom, how it’s used to treat certain ailments and its potential for addiction.

Some incorrectly assume that anyone taking kratom must have been a drug addict before. The reality is most people are taking kratom to supplement their health.

For me, this path to kratom came after trying a number of conventional health options. For many years, I was prescribed a multitude of medications to address all sorts of service-related injuries and illnesses. When my doctors diagnosed me with a rare movement disorder called Meige Syndrome and tried to treat it with limited options, I lost several years of my life due to disability.

For many like me, trapped in a no-win situation with a severe physical or mental disability, you accept that conventional science has not funded research on many rare diseases and you seek other solutions. The path that I was on was not sustainable and too often has led many veterans like myself to take their own lives. I was fortunate that, again, I found an educated doctor, someone who had seen the signs before. My doctor realized that the medications that I was on at the time were doing very little for me — they were not providing me a good quality of life and may have actually been causing more harm than good.

My doctor took me off the medications that weren’t helping and suggested that I “just look into some natural options that will provide you some quality of life. That may be all we can do in your situation.”

Strangely, in my search some 3 years ago, I kept reading people talking about kratom, a plant with medicinal benefits, including relief from pain, depression and anxiety.

I spent many nights reading about this and every time I would read more the only thing I could think was this must be snake oil. I couldn’t imagine some simple plant I’ve never heard of from Southeast Asia could help me in such a phenomenal way. But then I read studies that support the medical use of this incredible herb. (Here’s a review that came out in December that looked at 57 studies of kratom).

The first time I took kratom I can’t say I experienced anything — its effect is subtle. So I was initially still convinced it was nothing but snake oil and I had been duped. But because I had so few options and conventional medication did not help, I stuck with it.

It was a few weeks after I had tried several types of kratom (both in a tincture form and in a ground raw leaf form) when I started to notice something was different. It had an incredibly calming effect, I was sleeping better and my overall well being had changed dramatically. Now 3 years later, I start my day with a cup of kratom tea. I prefer it cold with plenty of lemon or lime juice and just a bit of raw honey.

Now this is not a treatment nor a cure for my physical and mental disabilities. To be able to claim that, substantial sums of money would have to be invested by the pharmaceutical industry so that kratom could undergo clinical trials. I understand my experience may have caused interesting changes to my health, but it may not work for someone else.

FDA Commissioner Scott Gottlieb has said publicly that what I’ve experienced is impossible. I’ve learned that I’ll just accept what he has to say and at the same time I will enjoy my kratom tea. My life has changed so much that I’ve even been able to dedicate myself to almost full-time advocacy work on behalf of kratom.

Now you may ask, “What happens if you stop taking kratom?” and for me, over time I would lose a lot of the ground that I have gained. On a daily basis I have to then fight for my right to have some quality in my life. The one question I have for anyone who supports a ban of plants like kratom or marijuana or dandelions is: Do you feel people deserve to have quality of life or not?

Everyone deserves the right to make decisions about their quality of life. Sometimes to achieve that means allowing things that others are uncomfortable with. Maybe someday folks like Gottlieb will sit down with a kratom consumer like me and say, “You don’t deserve to enjoy the same quality of life I do” and at that point better understand that what is OK for me but not be for thee.

For now I will continue to wake up each day and start with my kratom tea and fight to #KeepKratomLegal for as many days as I have left on this planet. Kratom isn’t perfect. I know that, but it’s perfectly good for what I need. For several years now, I and others have had to fight almost daily to protect our quality of life. That’s a fight worth being in and one that I always say isn’t over no matter what the FDA says.