Lessons For the Future, From 60 Years Ago 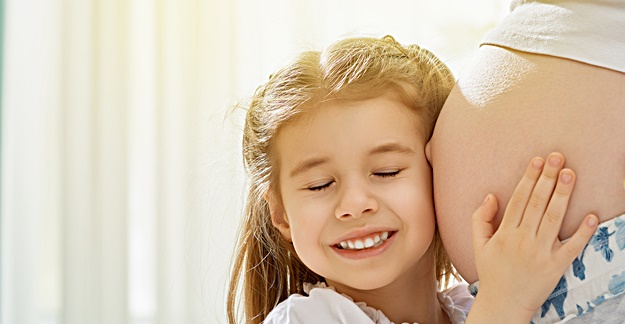 Sixty years ago, obstetricians were busy prescribing a damaging drug to pregnant women called DES (diethylstilbestrol). It was on the market for 31 years before the FDA told doctors to stop prescribing it to them. It was causing rare vaginal and cervical cancers in some of the teenaged daughters of those pregnant women. Soon it would be discovered that it deformed reproductive organs and caused infertility in many of the daughters and sons.

The mothers given DES had their risk of breast cancer doubled, and now the third generation, the grandchildren, are being affected. And all because the medical community ignored good science and chose bad science.

The inventor of DES cautioned that lab mice got mammary tumors and the mice offspring had cancers and infertility. But a research team put together a poorly designed study and published the results. Because DES was cheap to make and wasn’t patented, pharmaceutical companies were happy to manufacture and advertise it doctors.

DES was the first synthetic estrogen and much stronger than natural estrogen. Subsequent, well-designed studies proved that DES was harmful to the mothers and fetuses, but those studies were ignored. Doctors figured since pregnant women have higher levels of estrogen, it just made sense that more estrogen had to be a good thing, right? Wrong. (For much more information about DES, please go to www.DESAction.org)

Our sister organization, DES Action USA, just hosted 2 symposia last week, one at Boston University and one at Mt. Holyoke College to educate college students about the damage that ignoring solid science can do to real human beings. As important as it is to find and educate those third generation grandchildren, there is another lesson: DES was not then and is not now the only drug that has been approved by the FDA that is or will cause damage.

I’m a DES daughter. My mother and I thankfully were not one of those who got cancer, but we both had grave damages. I am infertile and my mother lived with fear for me and guilt for taking a drug the doctor told her to take.

The first speaker at the symposia told the story of DES and how it became so popular that 5 million pregnant women were given it. The next speaker was a leading researcher on the effects of DES on all 3 generations of those affected by the drug. When it was my turn at the podium, I addressed the reasons I started MedShadow. I want everyone to understand that all medicines — prescription, OTC, natural herbal remedies and vitamin pills — have possible side effects. All have the possibility of drug or food interactions. For most, we don’t know the long-term effects.

I gave the students some examples of drugs that concern me and are on the market now. (This is just topline information. Please follow links to research further) Lupron works in the brain to shut off the production of estrogen in women and testosterone in men. Lupron is given to women who are starting in-vitro fertilization (IVF) despite the fact that the label on Lupron warns that pregnant women should not take Lupron because it can cause birth defects.

It is also given to slow or stop the onset of puberty, mostly in girls. Some of the girls who were given Lupron before the age of 10 are now in their 20s and are suffering from osteopenia, osteoporosis, crooked spine or need a hip replacement. Men who are given Lupron have more frequent heart attacks, strokes and sudden death.

Yaz, a birth control pill, increases the risk of blood clots by 7 times. Surely there is a safer way to prevent pregnancy. And please don’t smoke if you’re using Yaz as the combination can double your risk of strokes. There are more than 10,000 lawsuits pending related to damages from Yaz.

Essure, another birth control method, is an implant that seems to have the habit of un-implanting itself from the intended area and meandering around the abdominal area, creating pain and becoming useless for birth control.

In fact, adverse events from drugs are the fourth leading cause of death in America.

You can watch the Boston University symposium on DES Action USA’s Facebook site. We Facebook Live-streamed it. The Mt. Holyoke symposium was video recorded by 2 students and will be available on the DES Action and MedShadow’s websites in about 3 weeks.

As I told the students, if you don’t feel well, give your body a chance to heal. Give it the food, sleep and exercise it needs. Before taking any medicine, balance the benefits against the risks , remembering that while risks are usually small, if you’re the one it happens to it can change your life.