The Future of RA Treatments? 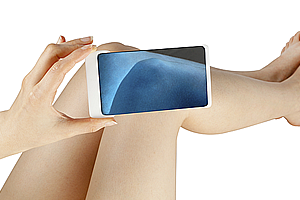 Can you think your way out of rheumatoid arthritis pain? What about probiotics or Chinese herbs — can they help? When MedShadow Foundation asked Jeannette Moninger to research and report on the side effects of the medicines used to manage RA, Jeannette went 2 steps further. In addition to filing her practical Guide to RA Drugs, Jeannette also reported non-medical, non-drugs options that anyone with RA should explore. Lifestyle changes that are proven effective and are recommended for use immediately can be found in Can Lifestyle Changes Help Ease RA Symptoms? (Spoiler alert: Yes, in most cases they can.) Then she gave us the following information on alternative RA treatments that are being researched today. Here are 4 options that might be the future of RA care.

A 2013 eLife Sciences study found that a particular type of intestinal bacteria releases molecules that cause arthritis-related inflammation and bone damage. Up to 75% of newly diagnosed study participants who hadn’t started rheumatoid arthritis medications had a bacterium in their intestines called Prevotella copri. Additional studies are needed, but if the bacteria is indeed a culprit, antibiotics or even probiotics may prove to be an effective treatment option with fewer side effects than current arthritis medications.

Psychological interventions in the form of cognitive-behavioral coping skills training (CST) can positively influence mood and pain tolerance of rheumatoid arthritis sufferers, according to an August 2014 study in the Journal of Consulting and Clinical Psychology. CST includes relaxation, participating in pleasant activities, changing negative thoughts and problem-solving. Researchers also found that expressive writing about stress (a process called written emotional disclosure or WED) provides little relief for pain or mood.

An herb commonly used in China to relieve arthritis joint pain and inflammation works as well as the commonly prescribed RA medication methotrexate. More than half — 55% — of participants who took the herb Triptergium wilfordii Hook F (TwHF) reported a 50% improvement in pain relief and a reduced number of tender or swollen joints, compared to 47% of those taking methotrexate. When the herb and medication were taken together, 77% of participants reported relief. The findings appear in the April 2014 issue of the Annals of the Rheumatic Diseases.

Certain chemical compounds or cannabinoids found in marijuana may act as immunosuppressants, helping to alleviate arthritis pain, found a recent study in BMC Musculoskeletal Disorders. Arthritis pain is one of the most common reasons cited for the use of medical marijuana. However, a different BMC study indicates that most rheumatologists are hesitant to recommend the treatment yet because their knowledge of it is so limited.

A study not included by Jeannette correlated drinking beer with a lower chance of getting RA. I couldn’t get access to the article — it’s behind a paywall. But HealthDay.com claims that the long-running (since 1979) Nurses’ Health Study has found that women who have “a few” beers a week had fewer cases of RA. No need to go overboard — heavy drinking is not healthy, and correlation is not causation; it might just be a coincidence. But just in case, I think I’ll have a beer tonight!