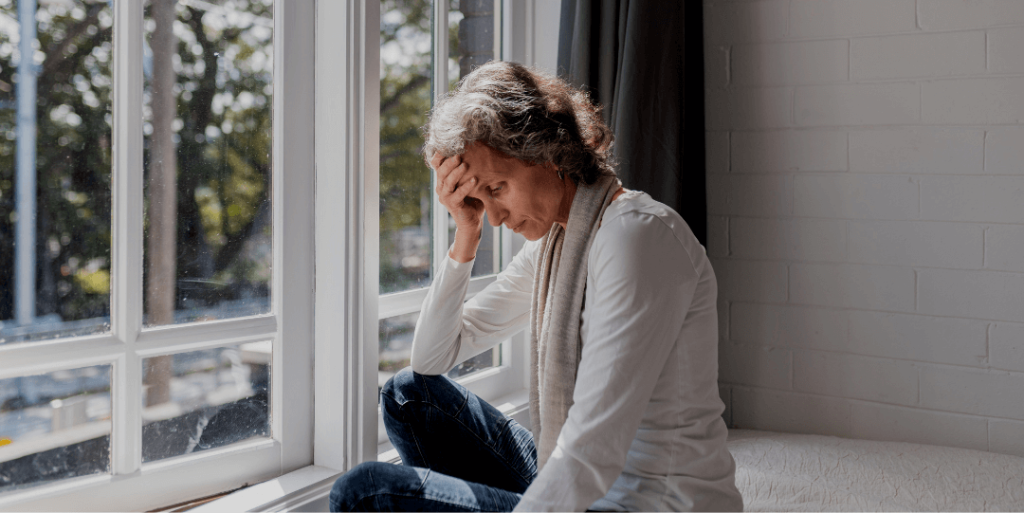 For most women, menopause is a natural phenomenon that they experience during their 40s and 50s. But “natural” doesn’t necessarily mean it’s comfortable.

The process can cause a litany of symptoms, both temporary and long-term, like hot flashes, mood changes, weight gain, increased risk of osteoporosis and more. For this reason, healthcare providers may prescribe hormone treatments or other medications to help alleviate the symptoms. Unfortunately, either type of treatment and even other drugs prescribed to women in this age group for unrelated conditions can cause side effects — many of which mimic menopause.

Menopause, the time during which your body transitions out of its reproductive years, often comes on gradually, starting with perimenopause, a phase during which your periods become irregular over months or years. During this phase, periods become less frequent. Once you haven’t had your period for a full year, you’ve entered menopause. However, for some women who have had their ovaries removed, menopause may start more suddenly.

During this time, your levels of the hormones estrogen and progesterone drop dramatically. This can cause wide-ranging effects including:

Menopause may intensify existing conditions like obesity and diabetes. The hormonal changes lead women to carry excess weight around their waists rather than their hips and thighs, which can increase the risk of metabolic issues like nonalcoholic fatty-liver disease and diabetes.

Even if these symptoms appear around menopause, many of them may not be caused by the phenomenon at all. In some cases, they’re side effects of the medicines you’re already taking or those that were prescribed to help lessen menopause’s effects.

During menopause, a woman’s level of the hormone estrogen plummets, causing the myriad symptoms described above. To ameliorate the impact, some doctors prescribe replacement hormones.

Systemic Hormone Therapy: To treat most symptoms of menopause, physicians can prescribe pills (like oral birth control), patches, gels or creams that contain estrogen. Unless your uterus has been removed, the doctor will usually prescribe a combination of estrogen and progesterone. Progesterone is another hormone that helps prevent risks from taking estrogen alone, like endometrial cancer.

Side effects: One possible result is breast tenderness. However, the most worrisome are the increased risks of heart disease, stroke, blood clots and breast cancer, especially for women over 60. “The worst side effect or adverse reaction is a blood clot or pulmonary embolus, which is very dangerous,” says Kimberly Langdon, MD, an obstetrician/gynecologist at Medzino.

Forty-nine-year-old Lavinia Africa says she was prescribed the estrogen product Premarin about three years ago, when her doctor diagnosed her as menopausal. Africa hadn’t been experiencing hot flashes or other common symptoms, so she wondered what the drug was supposed to treat.

Then she had a realization. “I stopped taking the medicine due to the fact that hormone replacement therapy (HRT) can cause heart attacks, strokes or even breast cancer,” she says. “I am unable to confirm whether HRT worked for me, because I apparently didn’t need it in the first place.” She added that while she hasn’t had symptoms of menopause so far, she might consider the HRT treatment if she does have them later.

What you can do: Many lifestyle changes can help relieve some menopause symptoms. Eating a healthy diet, staying active and getting enough sleep are important, as with any condition. Hot flashes are often triggered by certain foods, like spicy dishes and alcohol; environment, such as hot weather; or behaviors,  like stress. Paying attention to these triggers may help you avoid them.

If your symptoms are only vaginal or urinary, you may instead try low-dose estrogen that’s absorbed directly in the vagina through a cream or vaginal ring. This lessens the amount of estrogen that circulates throughout your body, which reduces its potential to cause side effects.

What else you can do: Kegel exercises can help strengthen your pelvic floor muscles and minimize urinary incontinence or leakage. These exercises consist of squeezing the muscles you would use to stop a stream of urine. To address vaginal dryness, you can use over-the-counter lubricants.

Because of the risks associated with hormone-replacement therapies, some physicians prescribe other drugs that may ease menopausal symptoms, especially hot flashes.

Low doses of antidepressants may relieve hot flashes, but the evidence is mixed. Symptoms of menopause can make it difficult to sleep and cause mood swings, both of which can lead to depression. There’s some evidence that these drugs may improve quality of sleep among menopausal women.

Gabapentin is an anti-seizure medication that may also help with hot flashes. It is used off-label for a variety of conditions, but many people taking it can experience gastrointestinal problems and dizziness. In those with chronic obstructive pulmonary disease (COPD), the drug can cause difficulty breathing, and even death.

Clonidine is a blood pressure medication that may also alleviate hot flashes. However, it can also cause drops in blood pressure and feelings of dizziness.

A doctor may prescribe these supplements to lessen your risk of osteoporosis, but it will not treat the symptoms of menopause. Vitamin D, which acts like a hormone, is involved in actions throughout the body. As long as it is a high-quality, pure supplement, vitamin D is generally considered safe at a daily dose of 2,000 IU (international units) or less.

Some plants contain isoflavones, also known as “plant estrogen.” While these aren’t a direct replacement for the estrogen your body makes, including them in your diet may help. They are commonly found in many fruits like currants, vegetables like beans, and grains like soybeans, chickpeas and flaxseeds.

Symptoms of menopause may make it difficult to exercise, but even moderate or gentle exercise, like walking and yoga, can help you manage your moods, pain and energy.

Mistaking Side Effects for Symptoms

In addition to the treatments used to ease your transition to post-menopause, many women in this age group are prescribed other medications, like blood pressure drugs, antidepressants, glucocorticosteroids or insulin and diabetes drugs. Weight gain and a redistribution of weight from the hips to the stomach are common as the result of menopause. However, a study published in October 2020 found that after menopause, women who were prescribed several common treatments developed bigger waistlines and caused their body mass index to move into unhealthy territory. (Note: BMI is a controversial measure that many argue doesn’t accurately represent the healthiness of an individual’s weight, especially among women of color.) The treatments most often linked to extra weight gain were insulin, antidepressants and beta-blockers.

The researchers did find trends in the data that suggest weight-promoting drugs may affect women of certain ethnic groups differently. “With antidepressants and antipsychotics in combination, African-American women were most likely to have an increase in waist circumference. Hispanic women were the most likely group to have weight gain when taking a combination of antidepressants and glucocorticosteroids,” the researchers wrote, though they cautioned that this finding could be due to chance or interactions of many factors, including genetics and underlying conditions.

When it comes to weight gain, Fatima Stanford, MD, an obesity medicine specialist and researcher at Harvard Medical School and the study’s lead researcher, says it’s key that patients with weight gain know “often it’s not their fault. Menopause is a particular time in women’s lives where your body weight distribution changes,” adding “this might be exacerbated when you’re on medications that can lead to weight gain.”

Listen to Stanford, who is an advisor for Novo Nordisk and GoodRX, describe the study in her own words in the video below.

Prepare for Your Doctor’s Appointment

Stanford says that she starts every appointment by going through the medications that patients are taking, when they started each one and when they began gaining weight or having other symptoms. “We do know that a significant amount of weight issues that patients experience appear to be secondary to things that we as doctors cause,” she says, “[and] not recognizing sometimes that the agents that we’re prescribing are a likely source of weight gain.”

You can prepare for your appointment by writing out a list of your medications, including the dates you started them or changed doses. Include also any vitamins or herbal supplements you use.

In addition, write down any changes in the way you feel, and make it as specific as possible. For example, try to estimate how many headaches you have, how severe they are and whether they occur at certain times of day.

Ask your doctor for recommendations of reliable websites where you might learn more about menopause or any coexisting conditions.

Bring a trusted friend or family member with you for support.

If you’re uncomfortable with treatments your provider suggests, ask questions about how they may affect you and whether there are alternatives.

If you don’t think your doctor understands your experience, you might consider using  the Black Women Physicians to search specifically for culturally competent doctors: https://blackdoctor.org/find-a-doctor/