Many Antibiotic Drugs Are Prescribed Inappropriately 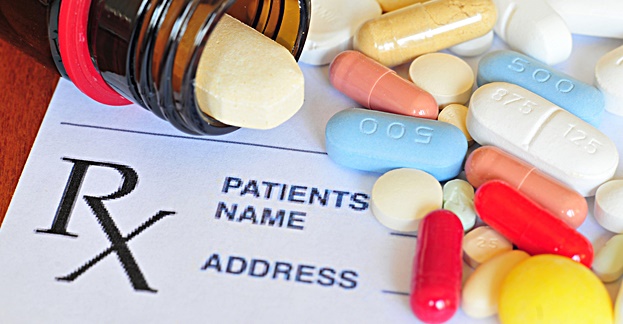 If your doctor prescribes you an antibiotic after diagnosing you with a common sickness such as bronchitis or a sinus infection, you may want to think twice about getting it filled. New research finds that not only are many prescriptions for antibiotics given out needlessly, it may harm you in the long run by contributing to antibiotic resistance.

Nearly 1/3 of prescribed antibiotics are not needed. Put another way, 47 million antibiotic prescriptions annually are not necessary. The reason? Many common ailments that send people to their physician or a hospital emergency room, such as the flu, a sore throat, or any number of viral illnesses, won’t respond to antibiotics, which are effective on bacterial infections only.

Researchers from the Centers for Disease Control and Prevention and the Pew Charitable Trust analyzed datafrom outpatient visits in 2010 and 2011. Of the just over 184,000 visits examined, nearly 13% resulted in an antibiotic prescription. Results were published in JAMA.

About 44% of antibiotic prescriptions were given to treat acute respiratory conditions, including sinus infections, ear infections, bronchitis, sore throats, pneumonia and the flu.

So, why is it that doctors seem all too eager to give people an antibiotic when they are sick, even though it won’t do anything? Part of the reason, it seems, are demanding patients.

“Clinicians are concerned about patient satisfaction and the patient demand for antibiotics,” Katherine Fleming-Dutra, MD, a CDC epidemiologist, told The Washington Post. “But the majority of individuals do trust their doctors to make the right diagnosis, and better communication by doctors about the dangers of antibiotic overuse can lead to more appropriate prescribing.”

A separate editorial in JAMA notes that this can be achieved rather easily by posting signs about antibiotic overuse in waiting rooms, for example.

The overuse of antibiotics has led to a dramatic rise in antibiotic resistance, a situation where antibiotics are no longer effective against certain strains of bacterial infections. Antibiotic-resistant infections affect 2 million people and are associated with 23,000 deaths annually in the U.S., the CDC has reported.

“A 15% reduction in overall antibiotic use would be necessary to meet the White House National Action Plan for Combating Antibiotic-Resistant Bacteria goal of reducing inappropriate antibiotic use in the outpatient setting by 50% by 2020,” the authors of the analysis write.