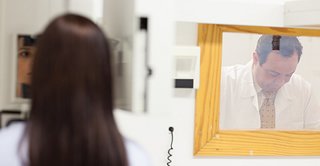 Mammograms save lives, don’t they?

A great debate is raging around the accepted policy that mammograms provide early detection of breast cancer and that early detection saves lives. The latest uproar is about a 25-year Canadian study published in the British Medical Journal comparing death rates from breast cancer between two groups of women, one of which received annual mammograms and the other high quality (specially trained doctor) physical breast exams. The study followed 9,000 women over 25 years. The study finds virtually no difference in deaths due to breast cancer. It did find an overdiagnosis of 1 in 495 women who got mammograms — resulting in overtreatment, needless biopsies and cancer treatments.

At the center of the debate is H. Gilbert Welch, a Dartmouth professor, researcher and author. I confess that I’ve been a fan of his for a while; I love his contrarian thinking on many topics. He has published several OpEd pieces in the New York Times about overdiagnosis and overtreatment of breast cancer due to mammograms, among other topics.

Overdiagnosis means an abnormality that meets the definition of cancer but will never grow and cause symptoms or death. Overdiagnosed patients might undergo surgery, radiation and chemotherapy for no reason. Their risks include radiation burns, nausea, disfigurement from surgery and stress, for example.

The Canadian study is not the only study to find overdiagnosis with no counterbalancing benefit of a reduced number of deaths from breast cancer. Welch has published research in the New England Journal of Medicine and promoted other research that seems to indicate that not only does early detection NOT result in fewer breast cancer deaths, but that early detection is bad – it leads to finding cancers that are so small they are still in a stage that they may disappear on their own or never grow. His work suggests that breast cancer treatment has improved so much that catching breast cancer only when it can be found in a physical exam is early enough for effective cancer care.

Other doctors, notably Carol Lee of Sloan Kettering Memorial who debated Welch on PBS Newshour, point out that breast cancer deaths have dropped by 30% in the US in the past couple of decades. While many lives were saved because of better care, breast cancer is easier and more effective to treat in earlier stages.

The Canadian study has been roundly criticized by many radiologists who claim the study is “incredibly flawed and misleading,” according to the Society of Breast Imaging. The Society of Breast Imaging makes very concerning claims undermining the value of the conclusions of the Canadian study — use of 2nd hand mammography machines, untrained staff and more.

My good friend is a board-certified diagnostic radiologist. He found the Canadian study misleading and told me, “I’ve been doing this since 1985. I can’t tell you how many cancers were picked up when the last year’s mammo was neg–probably a thousand. And I can’t tell you how many women cried their eyes out when the mammo showed cancer after they skipped a few years. There’s no downside to doing mammo other than negligible radiation and brief physical discomfort. Each individual should take responsibility for her own health care.”

Breast cancers tend to fall into one of 3 categories. The most important category to catch with early detection is the potentially lethal cancers. This is the largest of the 3 categories. Treatment for these cancers has improved dramatically over the past couple of decades and Welch claims those cancers can be treated just as successfully if one waits until a lump large enough to be found in a physical exam surfaces. That’s why Welch concludes that mammograms might not be the reason breast cancer deaths have dropped. Another important but smaller category, includes highly aggressive cancers that are lethal almost always no matter when diagnosed. The third category consists of non-lethal cancers that grow very slowly, don’t grow at all and/or spontaneously disappear. In an ideal world doctors could identify which cancers are in the third group without invasive techniques and aggressive treatment.

About 10 years ago I was told that I had a small mass in my left breast. It was too small to feel and the mammographer’s advice was to wait and see. The next year and for the 2 years following, the mass remained the same size and stayed in the same place. The 4th year I went to a new mammographer who had a different policy. She wanted to find out what it was. We did a biopsy that day. It came back negative. Every mammogram has been clean since (knock on wood). The balance of the mass that was left behind after the biopsy disappeared on its own.

What if that tiny mass had been cancer? Likely advice then would have been to have a lumpectomy to remove it with a possible follow up of radiation, chemo, tamoxifen for years. But that mass had sat in my breast without growth for at least 3 years. Could I have safely waited longer to see if it was ever going to develop? I don’t know and doctors don’t know. I think that is a shame.

In October 2011 Colin Begg, head of the Department of Epidemiology and Biostatistics at Memorial Sloan-Kettering Cancer Center in New York, told the New York Times that he supports mammography screening and believes that it saves lives. But he agrees that many women wrongly attribute their survival after cancer to early detection as a result of mammography.

“Of all the women who have a screening test who have breast cancer detected, and eventually survive the cancer, the vast majority would have survived anyway,” Dr. Begg said. “It only saved the lives of a very small fraction of them.”

Do you believe that early detection of breast cancer saves lives? What if that’s not true? If mammograms and early detection don’t save lives can it be possible that mammograms – with the attendant overdiagnosis of cancer – could be hurting women?

Welch works the numbers this way: Among a thousand 50-year-old American women screened annually for a decade, 0.3 to 3.2 will avoid a breast cancer death, 490 to 670 will have at least one false alarm and 3 to 14 will be overdiagnosed and treated needlessly.

I found an interesting Swedish study indicating many more breast cancers are found when mammograms are 2 years apart versus 5 years apart with almost no difference in cancer deaths.

I’ve taken more than a week to research and write this blog. In my first draft, this was my conclusion: In retrospect, I’m happy with the advice I was given to wait and see. I have no family history of cancer and I have a temperament that can handle that kind of uncertainty. I’m going to switch to an every-other-year schedule for mammograms. Others may have different risks and a greater tolerance of dealing with uncertainty.

A week later, I think I’ve changed my mind slightly. I’ll continue to get mammograms every year. However, if and when a small mass is found, I’m going to push my doctor to give me a full analysis of the option to wait and see.