The Problem With Medical Device Approvals 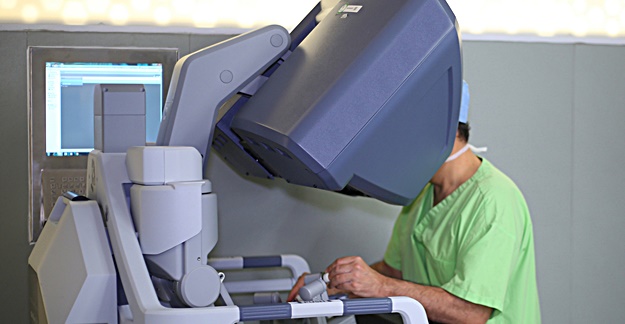 MedShadow doesn’t often cover medical devices, but I’ll make an exception to point out this article about Stephen Tower’s experience with an artificial hip. This is a must-read for anyone who has or anticipates getting an artificial hip or knee — or any other body part.

Stephen Tower, MD, is an orthopedic surgeon experienced in performing artificial hip replacements. Yet he found out firsthand that the hip he requested to be put in his body was defective in its design. He then worked for years to bring attention to the harm that the metal-on-metal hip from Johnson & Johnson was causing.

The interesting part of the story is how that device — and almost all medical devices — got approved by the FDA. Essentially, a device manufacturer can file a form claiming that its product is “substantially equivalent” to an existing device. If the FDA agrees, that’s it. There’s no need for testing and no follow-up studies.

In some cases the “substantially equivalent” claim makes logical sense, but doesn’t work in real life — that’s why the clinical trial process exists. The author of the op-ed, Jeanne Lenzer, explored many examples and the history of the FDA in her new book, The Danger Within Us: America’s Untested, Unregulated Medical Device Industry and One Man’s Battle to Save It.

Lenzer cites a problem with the Sprint Fidelis defibrillator. It had been approved without clinical testing through the 510(k) pathway and it made sense; the only change was the manufacturer put in a thinner wire. Unfortunately, that wire was likely to fracture and misfire, which harmed and even killed some patients. A clinical trial for this new wire, even though no one thought it would make any difference, would have saved lives.

Dr. Tower is not the only person calling for reform in the way the FDA approves medical device manufacturers. The large number of action groups focused on single products and the damages they have caused are a testament. I’ve had the honor of meeting many of these former patients and family members at conferences held by PharmedOut, Preventing Overdiagnosis and the Lown Institute. And the National Center for Health Statistics offered free training for people who ran small or new activist health organizations under a grant that has, sadly, expired.

I’ll give the last word to Diana Zuckerman, the president of National Center for Health Research (NCHR), an independent nonprofit that scrutinizes scientific and medical data and provides objective health information to patients, providers and policy makers. NCHR does not accept funding from device or pharmaceutical companies.

I asked Zuckerman for an example of a substantially equivalent approval that had particularly bothered her. She told me that the da Vinci Surgical System was “cleared for market” as substantially equivalent to the surgical tools it uses, such as a scalpel. But a robotic surgery system is more than just the tools it uses. The da Vinci robot was described by then-FDA Commissioner Jane Henney as the first of its kind and a product that “could change the practice of surgery.”

Although based on the 510(k) review process that rarely requires a clinical trial, the FDA required the first version of the da Vinci system to be studied in one clinical trial comparing the results to traditional surgery for gallbladder and reflux disease surgery. However, it and all future da Vinci robotic systems for all other surgeries were cleared for market by the FDA as substantially equivalent to the scalpel and other tools, and those later reviews didn’t require any clinical trials at all.

“How can a device be revolutionizing the practice of surgery and yet be substantially equivalent to tools that scientists tell us have been in use for more than 2,000 years? Does that make sense to any logical person?”

As a reminder, MedShadow is an independent news and information resource. We do not accept support from medical device manufacturers or pharmaceutical companies.