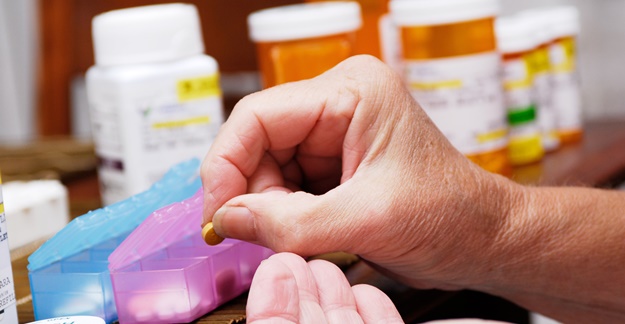 How can you protect yourself from medical mistakes? Start by knowing the names of all the medications you are taking and keep an up-to-date list of them.

As a practicing pharmacist, I’m always hypervigilant when dealing with information on the medications someone is taking. I hate to say it, but electronic health records and medical records are not infallible. I’ve seen too many errors over the years that could have resulted in harm to a patient. Incorrect or incomplete information in your medication record can result in medication errors, drug interactions, adverse drug events and even lead to death. Fortunately, these errors are caught most of the time by the dispensing pharmacist — and corrected before the wrong medication ever gets to you.

I’ve observed medication and medical record errors in multiple hospitals. One example is when a man received several injections of the antipsychotic haloperidol — brand name Haldol — because he didn’t want to brush his teeth when the nurse asked him to. The haloperidol interacted with his Parkinson’s medication, resulting in a severe reaction. This elderly man, who was previously living on his own at home, became unable to walk and was confined to a wheelchair. He was forced to live in a long-term care facility the rest of his life. This error was the result of a nurse getting a verbal order from the physician and administering medication before it was entered into the medical record system and verified by a pharmacist.

The 3rd Leading Cause of Death

It’s now recognized that medical errors are actually the third leading cause of death in the United States behind heart disease and cancer. A Johns Hopkins University study in 2016 found that more than 250,000 deaths each year are caused by medical errors. A 2013 study suggested the number of deaths from medical error could be as high as 440,000 annually.

Pharmacists can help you avoid the pitfalls of medication errors. Your pharmacist can be your “best friend” when it comes to preventing medication-related problems. If you have questions about the medications you are taking, don’t be afraid to ask yours about them.

Part 1 of this series, which talks about electronic health records, is available on our website.

The Best Way to Treat Heat Rash According to a Doctor