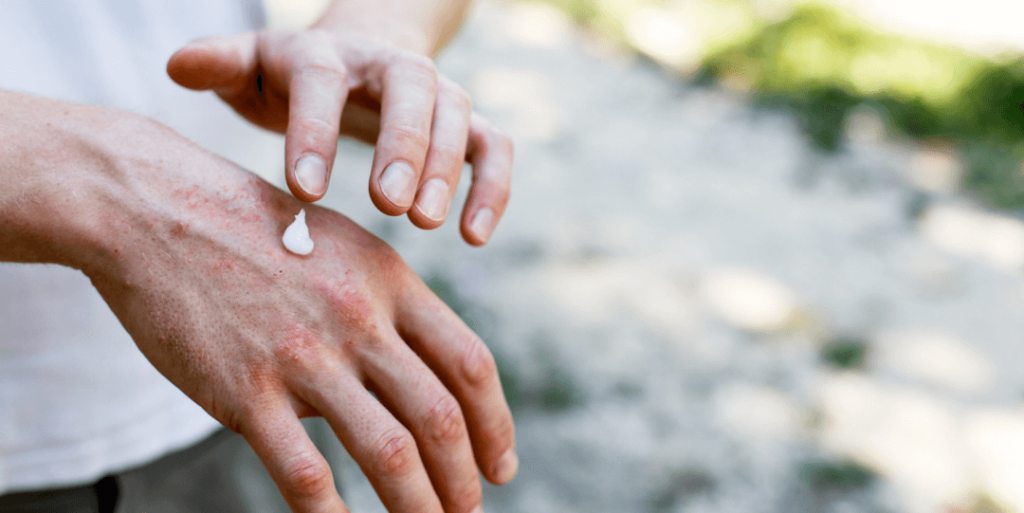 There’s been a push for psoriasis drugs, and now that there are more choices on the shelves — and in TV ads — the options can be a bit overwhelming. Which ones work? Which ones have the fewest side effects? We have some answers.

Methotrexate is one of the oldest psoriasis drugs, in regular use since the 1960s, and is the least costly. It can be taken orally or you can inject it yourself under the skin. Methotrexate can cause nausea and abdominal discomfort, but folic acid can partially alleviate those problems, says Dr. Amy Paller, director of dermatology at Northwestern Memorial Hospital.

Other common side effects include difficulty sleeping, headache and lightheadedness. Other risks include liver damage, especially if you drink, and a small but increased risk for some cancers, including lymphoma. Expect regular blood tests and liver biopsies to make sure your body is processing the drug safely.

Cyclosporine is another older drug with wide-ranging effects on the entire body. It is taken orally. Cyclosporine suppresses the immune system, and Dr. Paller says this drug brings some of the “most concerning” risks of all the psoriasis drugs. Kidney damage is a potential risk, and the risk increases the longer you take the drug. The FDA recommends that patients not take cyclosporine for more than a year, but there are no specific guidelines for what to do after a
year.

Some doctors will prescribe it for more than a year, or will re-start the prescription after you take a break from the drug. Other side effects can include high blood pressure, excessive hair growth and increased growth of the tissue in your gums. Pregnant and breastfeeding women should not take it. Cyclosporine can also increase the risk of skin cancer, especially if you have previously taken methotrexate or had radiation therapy.

Retinoids’ side effects include drying out skin and mucous membranes. They can also cause high triglyceride levels (a type of fat in the blood) and can affect liver function. Retinoids can also cause very serious birth defects, so women who can have children are asked to use 2 effective forms of birth control while they are on the drug and for 3 years afterward. They also should not drink alcohol, because it can combine with the drug to make it stay in the body even longer.

TNF-Alpha biologics (Enbrel, Humira, Remicade), which are given as an injection or as an intravenous infusion, have fewer side effects than the drugs listed. Unfortunately, biologics are extremely expensive. Common side effects of TNF-Alpha biologics include flu-like symptoms and injection site reactions. These drugs can also cause an increased chance of certain infections, such as respiratory and urinary tract infections. They can also cause reactivation of old infections, including hepatitis B. More rare risks include lupus-like syndrome, nervous system problems and new or worsening heart failure. Biologics have not been well studied in pregnant or breastfeeding women.

Taltz and Cosentyx (IL-17A biologics) target an even more specific part of the immune system than TNF-alpha inhibitors. Side effects include an increased risk of fungal infections on the skin and upper respiratory infections. They can also cause reactivation of hepatitis B or other old infections.

Find out more about why the newest psoriasis drugs may not be the best treatment for you here.

Otezla seems to target a more specific part of the immune system than the older drugs, but it is not a biologic. It is taken orally, and common side effects include diarrhea, headache and nausea. The drug’s prescribing information also includes warnings about depression and unexplained weight loss.

Bimekizumab, a biologic approved to treat plaque psoriasis at the end of 2020, was more effective than Cosentyx in a 2021 trial published in the New England Journal of Medicine. However, nearly 20% of patients who were prescribed bimekizumab experienced oral candida (a fungal infection in the mouth common in patients using immunosupressants,) compared to only 3% of the Cosentyx patients.

Retinoids are a form of vitamin A, and can be taken orally. One advantage of acitretin is that it does not suppress the entire immune system, says Dr. Paller.

Dr. Michael Siegel, director of research for the National Psoriasis Foundation, describes TNF-Alpha biologics as a “master regulator of inflammation.” By targeting this protein, which is overactive in psoriasis, the treatment is affecting a specific part of the immune system rather than the entire system. That means TNF-Alpha inhibitors, and other biologics, have fewer side effects and risks than the older classes of drugs.

Taltz was just approved in March 2016. Clinical trials for that biologic were conducted mostly in white patients, so the impact of side effects in non-white populations is not well known.

Otezla is a newer drug, approved in 2014, so long-term effects may not be well understood yet. It has not been studied in pregnant and breastfeeding women.

New treatments are in the works, says Dr. Siegel, which may reduce side effects even further. For example, instead of a biologic that acts on both interleukins 12 and 23 (the “IL-12/23” inhibitors), it may be possible to target IL-23 by itself and in the process avoid some of the drug’s side effects. Research is also looking at whether there may be a way to tell which patients will respond best to which drugs, and who is most at risk for side effects.

Since methotrexate interferes with cells’ ability to divide and grow, it can cause birth defects if a pregnant woman takes it, or if her partner takes it when they are trying to conceive. And because methotrexate dampens the immune system, people taking it are at risk for infections, which can be serious.

The National Psoriasis Foundation also has a treatment comparison chart which describes all of the approved psorisasis drugs’ methods of action as well as common side effects and possible risks.

Beth Skwarecki is a freelance health and science writer based in Pittsburgh, PA.