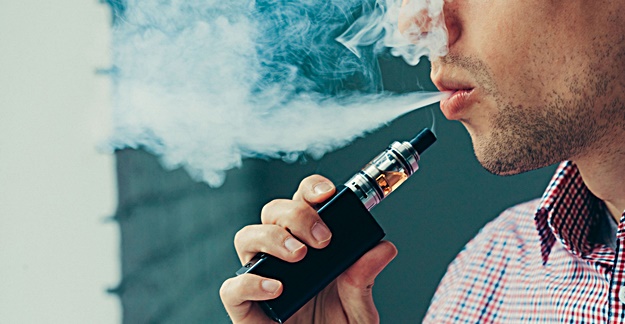 In an effort targeted at minors, new FDA regulations on e-cigarettes go into effect today, including banning the sale of the products to people under the age of 18 and asking for ID for anyone that looks under the age of 27.

E-cigarettes work by heating up a flavored liquid that contains nicotine into a vapor that is then inhaled. But health officials worry some companies have been targeting minors with flavors such as candy cane and marshmallow.

The new regulations, which also cover hookahs and cigars, ban e-cigarette vending machines, except in adults-only establishments, free samples, and require printed warnings on the packaging about the dangers of using the product.

The FDA is also being given authority to approve tobacco products not previously regulated that came on the market after February 15, 2007. This means that e-cigarette makers will have two years to submit their products for a safety review by the agency. They will have about a year to continue selling their products as the review takes place.

New requirements also mandate that manufacturers will have to register their products with the FDA, and provide a list of ingredients in them, including “harmful and potentially harmful” substances.