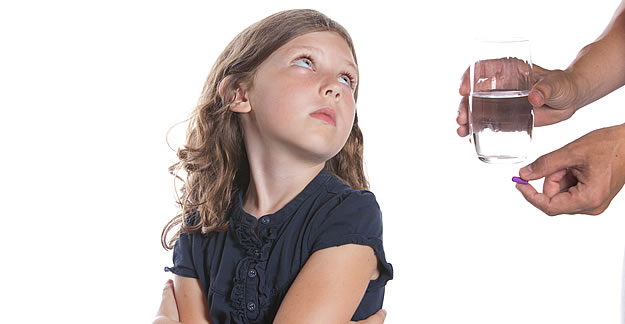 I’ve never hidden my concern about giving stimulant medicines to children, teens and even adults with ADHD. When my child was diagnosed ADHD, we took a long, considered view of ADHD meds and decided against them. Behavioral therapy is the first line of treatment and we went that route. But we circled back to reconsider meds many times, when notes came home from teachers complaining of his behavior; when we couldn’t, try as we might, get him to concentrate on his homework; and especially when he was impatient and unruly at home. But we kept on with behavioral therapy and, for better or worse, we muddled through.

A large percentage of our youth now has a diagnosis of ADHD (about 1 in 10), yet we don’t understand why it happens. We don’t know why stimulant drugs seem to tamp down the symptoms. The question remains, is ADHD (except for the very extreme) something that should be medicated or even behaviorally trained out of children?

One intriguing theory says that in primitive societies, kids with ADHD were the ones who grew up to be the “hunters.” (Which makes the rest of us a large group of “gatherers.”) Are there positive attributes of ADHD kids that make the challenges of fitting into traditional educational systems and family expectations worth putting up with?

For those considering using ADHD medicines, here are some of the latest research studies.

Are the risks of ADHD meds worth the benefits?

In a review of 185 randomized controlled trials of children using ADHD meds, Cochrane Review — a great resource for analysis of the quality and conclusions of published research on many topics — noted that the studies were generally small, of poor quality and too short. The upshot: It’s hard to tell if the drugs’ benefits lasted and what their long term risks were.

Since the drugs affect the brain, what does a brain doc say?

Drug treatments should be a last resort, according to neurobiologist David Anderson in this Ideas.Ted.com interview. He points out that we still don’t understand ADHD, and expresses concern about the effects of stimulants on children as they go through puberty. What are the effects of “bathing” the brain in stimulants long-term?

Great quote: “There’s this traditional view that common brain disorders like ADHD, anxiety and depression are caused by chemical imbalances in the brain, as if the brain were some kind of chemical soup that just needed a little more salt,” says Anderson.

Cool analogy: Amphetamines (Adderall for example) increase dopamine (the “feel good” chemical) throughout the entire brain, not just the area where ADHD resides. “It’s a little like trying to fix your car by pouring oil over the engine — some of it may dribble into the right place, but a lot of it will do more harm than good.”

ADHD meds and the risk of psychotic episodes

Do ADHD meds raise the risk for psychotic disorders? Several studies have indicated this, but  — good news? — a new study narrows down which kids are at highest risk. If one or both of the parents have major depressive disorder, bipolar disorder or schizophrenia, the child given ADHD meds has a much higher risk for psychotic symptoms than kids on the meds but without the family history.

These medications have long been known to cause hallucinations, according to the most recent study’s lead author Dr. Rudolf Uher, quoted in a WebMD article about the study. He is an associate professor and Canada research chair in early intervention in the department of psychiatry at Dalhousie University in Halifax, Nova Scotia.

About the hallucinations, “what is surprising is the quantity. No one suspected that these side effects could be so common,” Uher said. “What it means is that docs need to ask kids about unusual experiences. Children and teens “do not tell you unless you ask,” he explained. “And then, make decisions on risk-benefit balance.”

Uher does not suggest this is a reason to stop giving these medicines to all children diagnosed with ADHD. He also notes that the study’s design didn’t allow them to prove a cause-and-effect relationship, only to find an association between stimulant medications and psychotic symptoms.

This study only included 141 children, making it a small study over a short period of time. But several other studies support the same concerns. Here is a link to a review of multiple studies on psychosis linked to ADHD meds with direct links to the actual studies.