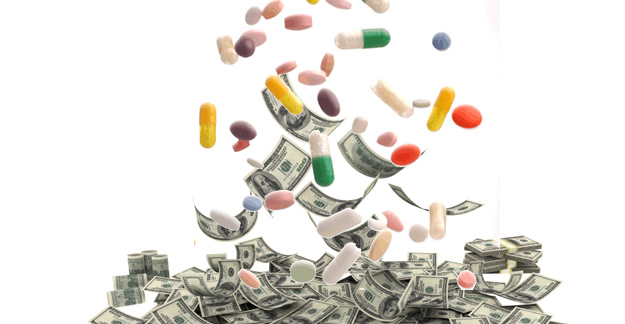 Given that taxpayers contribute significantly to both the development of drugs and drug spending, you would think that there would be some federal controls on drug prices. Instead, the US allows drug companies to profit at taxpayer expense in a wide variety of ways, many of which we have described on Just Care. (You can read about Pharma coupons here, Pharma evergreening here, Pharma pay for delay here, Pharma tax breaks here.) Did you know that the US also allows pharmaceutical companies to profit handsomely from patenting OTC (over-the-counter) drugs?

The FDA has approved brand-name prescription drugs that are simply a combination of over-the-counter medications. Put differently, pharmaceutical companies can combine two over-the-counter medications that can be purchased at little cost at the drug store into one patented brand-name prescription that can cost thousands of dollars. And, because doctors can prescribe virtually any drug they please and insurers often have incentives to pay for most drugs prescribed, pharmaceutical companies need only market these drugs to doctors and patients to reap large rewards.

Here are just a few examples of drugs doctors should rarely if ever be prescribing. The vast majority of us should be buying their key ingredients over the counter if we need them:

Of course, Pharmacy Benefit Managers (PBMs) and health insurers that want to add value for consumers could refuse to cover these drugs. But, so long as they are getting big rebates from drug makers for making them available to their members, they have a powerful financial incentive to include them on their formularies. In short, so long, as Congress allows PBMs and insurers to collect these rebates, PBMs and insurers likely will make them available, driving up drug spending and adding negative value to our health care system.

If you want Congress to rein in drug prices, please sign this petition.