In Defense of Pain 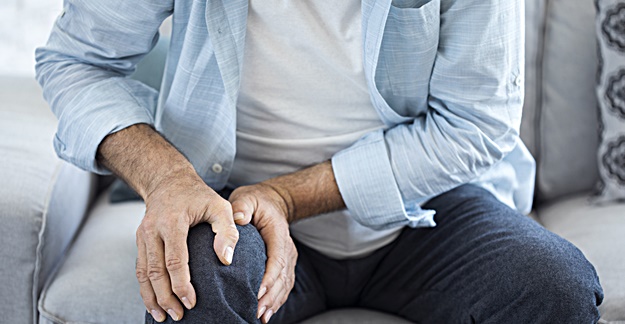 Pain is under attack.

The AMA (American Medical Association) wants pain removed as the “fifth vital sign.” Doctors make initial assessments of health based on a list of vital signs: body temperature, pulse rate, respiration (breathing) rate and blood pressure. In the late 1990s pain was added to the list.

The NIH (National Institutes of Health) has convened a task force to discuss pain management best practices. That task force is soliciting public opinion on the use of medicines in pain management. The public comment period is open until June 15.

Most of the concern about overmedicating pain (and thus the debate over considering it a vital sign or not) is motivated by the popular opinion that the opioid crisis is driven in part by the overmedication of pain.

I recently realized that I’d misunderstood the medical designation of pain as the fifth vital sign. I thought what the medical community meant was that pain was a sign to be listened to. “It hurts here,” “It’s a stabbing pain” and “The pain is less” are all very useful information points for doctors. With that information, doctors can diagnose, treat and aid healing, which is their job.

“Ouch,” “I have heartburn” and “My back hurts” are all useful for patients, too. When your gut burns, the message is to avoid hot sauce next time. When an ankle is sprained, pain reminds you to use a cane or keep off it so it can heal, which is your body’s job.

Instead, I have discovered that doctors have interpreted “pain, the fifth vital sign” to mean that a patient should feel only minimal discomfort despite the source of pain. Breathing is a vital sign too, does that mean you shouldn’t have any? Of course, the goal is for the patient to live pain-free, but that’s not really the human condition, is it?

As I type I’m aware that my right wrist is starting to ache. This will encourage me to move from my iPad — with a small keyboard attached — to a more ergonomic desktop station I have nearby. My neck is stiff when I get up in the morning, forcing me to do some stretching exercises so that it doesn’t hurt. Pain is informative and pain can teach us how to avoid injury again in the future.

According to Pain News Network, “Medicare has a funding formula that requires hospitals to prove they provide good care through a patient satisfaction survey known as the Hospital Consumer Assessment of Healthcare Providers and Systems (HCAHPS). The formula rewards hospitals that are rated highly by patients, while penalizing those that are not.”

On a scale of 0-10, the HCAHPS leads doctors to try to get patients to a rating of “4” as assessed by the patient. This seems off-point. The reason for pain is not to fight it, but to learn from it. You should hurt after surgery, and lessening pain indicates healing. Having pain reminds the patient to move carefully and allow the body to heal.

One decade of my career was spent as the publisher of a magazine whose readers were childbirth educators. The goal of childbirth education classes (called Lamaze or other names) is to prepare women for labor and delivery. They explain the stages of labor and the purpose of each one. Women and their labor support person (spouse, partner, friend, relative) leave the class with a range of pain coping skills and the knowledge that pain in labor is purposeful and temporary.

The AMA, along with many medical organizations, is calling for an end to the policy that considers pain as the fifth vital sign, and nearly everyone blames it in whole or in part for the opioid epidemic. There is no question that pressure on doctors to have their patients happy and pain-free has driven the overmedicalization of pain response. But don’t blame pain. Pain is only doing its job. We need to do our job and learn from pain.

Do you have something to say about pain management? Comment to NIH’s Committee on Pain Management Best Practices by June 15 here.