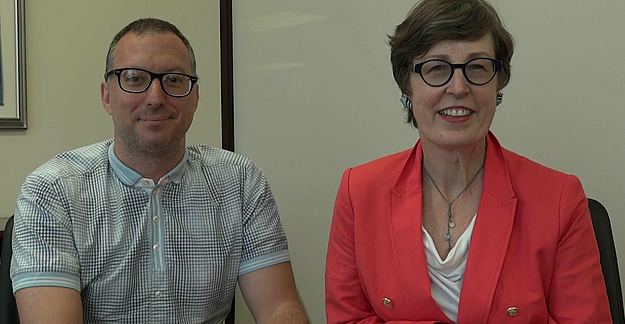 This week, Su and Jonathan discuss why MedShadow is sponsoring a petition asking the DEA to change marijuana from a Schedule I drug to a Schedule II drug. The little research we currently have about marijuana — medical or recreational – is of poor quality. We need stronger research, and for that to happen, the DEA and other agencies must change the classification.

Su Robotti: Hello, my name is Su Robotti and I’m the founder of MedShadow.

SR: Today, Jonathan and I would like to talk to you about why we feel it’s very, very important that marijuana be moved from a Schedule I class drug to a Schedule II or lower. And that reason is summed up by saying, we need research. It’s a drug that many people are using for medical reasons, and recreational reasons, and we don’t know what the effects are, really. Before we get too far into why we need more research, let’s explain what a Schedule I drug means.

JB: Sure. Schedule I drug means that the government has determined that that drug has no medical value.

SR: LSD and heroin are Schedule I drugs, and so is marijuana, which seems a bit — I don’t know — subjective. When a drug is a Schedule I drug, it’s difficult to use it to clinical trials because the government has put very high hurdles into place. For example–

JB: Sure, for example, let’s say a researcher actually does want to conduct research for marijuana. What they would have to do is they would have to submit a bunch of paperwork to agencies such as the DEA. There is only one main source of marijuana that can be used for research — that’s at the University of Mississippi. And to be honest with you, there are so many hoops you have to go through that a lot of researchers just get exhausted and don’t even move forward with it. And that’s one of the reasons why we’re trying to, why we’re having this petition for Schedule II, which would make it a heck of a lot easier for these researchers to get access to marijuana legally.

SR: Yes the point of this video is to ask you to sign our petition at medshadow.org asking the DEA and all the affiliated government organizations that have to sign off on this, like the attorney general and the FDA and Health and Human Services. All of these have to agree and sign off on the schedule change for marijuana.

So we need to tell them that people really want this to happen, because people use marijuana recreationally, widely. People use it for medical care, for pain management, for seizure management, for many reasons. Yet, we don’t know what the risks are.

The studies that are out there are, well, frankly they’re mostly pretty crappy. They are observational, which means scientists go to people and say, “Oh, do you use marijuana? How many times have you used it in the past year? Okay, let’s take that as if it’s fact, as if somebody would particularly know or maybe not exaggerate or maybe under state it.” That’s bad research.

Most of the research coming from other countries isn’t much better. There is enough research though, observational and low quality, to tell us that there’s something there that needs to be looked at much more closely.

JB: Right, and the only other thing I wanted to add is that as our audience knows, there is a lot more states now that have legalized marijuana whether for medical use or for recreational use. So there’s the kind of this feeling that when it’s decriminalized that it must be okay, and we don’t know that. And that’s another reason why it’s important to get this research done, and for you watching this video, to sign our petition, which as Su mentioned, is on our webpage at medshadow.org and you’ll find it on the side of the page and it only takes about two minutes to go and sign, so please do so if you agree with us.

SR: And ask your friends to sign it, it’s something that’s very important for yourself, for your kids, for your parents, for anybody who may want or need marijuana. We need to know what we’re doing when we use it, We have the right to. Okay?

Is Weed Medicine? Here’s Where We’re at With the Evidence for Medicinal Cannabis Going Into 2020