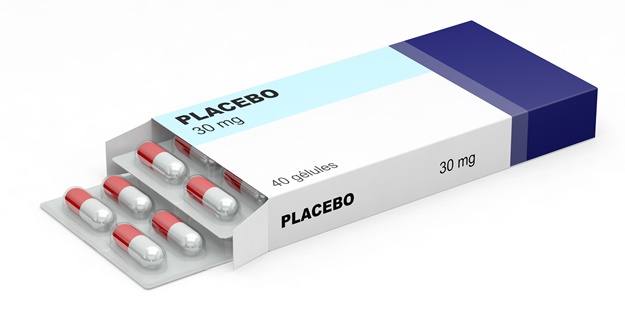 For several decades now, many scientists, including me, have been working hard to reveal the full power and scope of the placebo effect — the amazing ability of a simple sugar pill or other non-pharmaceutical “fake intervention” to improve someone’s quality of life. This research has been crucial to giving scientific credibility to a powerful psychological effect. But the advances of science have also backfired, spawning an alternative industry that preys on the vulnerable.

The placebo effect describes how the mere belief and expectation of receiving a drug may produce a benefit, such as a reduction in  pain. Albeit strange at first sight, the placebo effect is based on profound and fascinating mechanisms in the human brain, and highlights the power of attention given to a patient by a caregiver. As a neuroscientist, I have been working on understanding these mechanisms for 30 years, alongside other researchers around the world who specialize in everything from biochemistry to physiology, genetics to brain imaging. What has  emerged is an understanding of how the mere expectation of a therapeutic benefit can activate a variety of chemicals in the human brain, such as pain-relieving opioids and cannabinoids, as well as pleasure-enhancing dopamine. Placebos, a doctor’s words and drugs can all share some common mechanisms of action.

All this means that some alternative medicines can indeed have positive outcomes for patients, though not necessarily through the mechanisms that the therapy’s inventors supposed, but rather through a placebo effect. This holds true for treatments ranging from strange talismans to acupuncture — studies have shown that pain relief is about the same for patients receiving true acupuncture with needles, for example, as for those receiving sham acupuncture with trick needles.

The scientific advances in understanding placebo are fascinating. But one  unfortunate outcome of all this work is that profit-seeking companies and individuals now have a new weapon: It is no longer necessary to demonstrate the effectiveness of their proposed therapies; it is enough to assert that these work because of the placebo effect. I receive myriad eccentric proposals for new therapies, ranging from talismans and concoctions to mascots and weird rituals. Their inventors claim that these are capable of inducing substantial health benefits and often seek my endorsement. These proposals have  stepped up sharply in recent years. Sadly, the science of the placebo effect is fueling this new breed of pseudoscience.

Placebos do not cure

As far as we know, placebos do not cure, but can sometimes improve quality of life. Research tells us that placebos can reduce symptoms like pain and muscle rigidity for sufferers of Parkinson’s disease, for example, but they don’t affect the progression of the disease — the degeneration of brain cells keeps advancing. There is plenty of confusion on this point and unfortunately many claim that they can cure virtually all illnesses with placebos.

Here are some things we do know. Placebos and opioids have been shown to influence the same pain-inhibiting systems in the brain, with powerful results. In sufferers of Parkinson’s disease, placebos have been found to be as effective as amphetamine in doubling dopamine concentrations. For those with anxiety and depression, placebos have been found to act on the same brain regions as selective serotonin reuptake inhibitor drugs (SSRIs).

People can also be trained to have a response to a placebo by pairing it, for a while, with a pharmaceutical intervention, and then leaving only the placebo to do the job. Patients have been trained, for example, to respond to a specific taste in the same way they do to a drug that controls interleukin-2, a protein that regulates white blood cells in the immune system. Others have been trained so that the delivery of sham oxygen can relieve high-altitude headaches.

Even “honest placebos,” where patients know they are receiving a fake treatment, can work — just in the same way that we can experience real fear and physiological reactions like goose bumps from a horror movie, despite knowing that the bloodcurdling scenes are fake.

So, if a salesperson says: “This concoction (or ritual or talisman) will reduce your pain,” it is not necessarily a lie, as the placebo effect may indeed stimulate pain-relieving circuits in the brain. But anyone could truthfully use these words, within limits.

These marketers often overstate the size of the possible response, claim to provide a “cure” rather than pain relief or incorrectly suggest that only their own expensive products will have this effect. Even worse, they may present the products as an alternative to more effective traditional medications for serious conditions such as cancer. In other words, they prey on the vulnerable by making undeliverable promises, purportedly backed by the science of placebo.

Even if taking a placebo can reduce symptoms such as pain, this isn’t always the best course of action. An apparently trivial pain may, for example, be the first sign of something far more serious. Treating the pain alone may prevent diagnosis by a physician or delay important medical treatments.

An ethical crossroads in placebo research

The exploitation of any new scientific discovery often poses ethical concerns. In physics, nuclear energy can be used to provide energy or to blow up cities. In biomedicine, genomic studies can be used to improve medicine or to reinforce harmful stereotypes. It is not always easy to decide what to do, such as applying ethical constraints to scientific investigation, or restricting certain applications.

This is the ethical crossroads we are now at with the placebo effect.

How can we stop society from taking the dangerous path? Education, communication and honesty are the best friends of medical practice. Patients and health care professionals deserve to know what placebos can and cannot do.

The research and medical communities must be more transparent about the efficacy of many conventional pharmacological and nonpharmacological treatments, by acknowledging that some of them are useful whereas some others are not. Many over-the-counter products have doubtful efficacy, for example. Honesty will boost patients’ trust and confidence in medicine, which are the best antidotes to quackery.

Fabrizio Benedetti is a neuroscientist at the University of Turin Medical School, in Turin, Italy, and director of medicine and the physiology of hypoxia at Plateau Rosa Laboratories in Switzerland.

How antidepressants changed ideas about depression

Placebo effect and it’s very, very powerful. And as somebody who spent his career evaluating completely unknown substances, substances that did not exist in the known universe until they were synthesized in his lab. And he would be the first human being to try those substances, you have to be ultra aware of not just the placebo effect, but also the nocebo effect. The belief that something that is pharmacologically inactive, that you have consumed is a poison because it could go either way (net-bossorg/the-power-of-the-placebo-effect-by-randy-baker).