Pot Research: Why It Matters 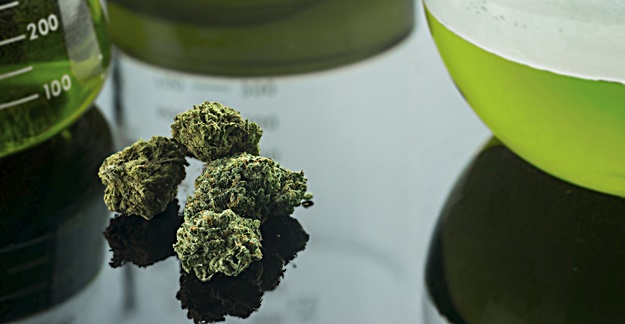 We should have definitive proof by now that marijuana can calm the side effects of chemo drugs, help with Parkinson’s disease, epilepsy or glaucoma, but we don’t. Many people claim these and more benefits from pot, but the fact is, there is either no research or poor quality research.

Sorry, anecdotes don’t count. Personal stories are not research. If factors are not controlled for, as in well-designed studies, then it might not have been the pot that helped the seizures but instead an overlooked factor that could be as simple as a new food casually introduced, a by-product of pot, or even the psychological soothing of having a person focusing on the patient while administering the pot.

Why don’t we have the research to prove, or disprove, that marijuana has medicinal benefits? Because buying and possessing marijuana is against federal law. Legally, researchers must go through an array of hurdles: Their study needs to be approved, they must undergo background checks as well as interviews, and install high levels of security at the test site. Once finally approved, they can line up to buy marijuana from one and only one source: the University of Mississippi.

The university cannot offer the many varieties and strains of pot from their limited fields. As many medical users of pot (and quite a few recreational users) know, strains of marijuana differ in their effect on people. Some have higher amounts of THC (the element that creates the feeling of euphoria or “high”) and others have all the THC bred out of them to contain only CBD (cannabidiol, which some claim is where the medicinal value is. Why don’t we know this?). And those are only 2 of the hundreds of elements in pot that can be bred to be increased or decreased for the desired effect, as illegal pot growers have done for years.

There has been a clamoring for marijuana to be legalized or at least changed from a Schedule I drug to a Schedule II under the Controlled Substances Act. Schedule I states that the drug has “no currently accepted medical use in the United States, a lack of accepted safety for use under medical supervision, and a high potential for abuse.” Joining pot in this category are ecstasy, heroin and LSD among others.

As is often the case, President Obama took a mid-road position. His administration is expected to change national policy very soon to address this ridiculous limitation on access to marijuana for research. More universities will be allowed to grow and distribute pot for research means. However, just law week, the Drug Enforcement Agency declined a request by 2 Democratic governors to have marijuana rescheduled which would have facilitated this.

“It’s actually quite amazing how little we really know about something that has been used for thousands of years,” says Sachin Patel of the Vanderbilt University School of Medicine, who studies cannabis. “We desperately need well-controlled unbiased large scale research studies into the efficacy of cannabis for treating disease states, which we have very little of right now. Without these studies we are basically flying blind with regard to medical marijuana in my opinion.”

We need to test the theory that pot has medicinal benefits. Equally important, we can test the harms that marijuana might do. We aren’t safe using drugs that have unknown benefits and risks.

It’s true that pot can be dangerous. People can become dependent upon it and it can affect developing brains. But so does alcohol and it’s not a scheduled drug at all, although there are legal restrictions on its distribution.

Even in the unlikely event that marijuana has absolutely no medicinal benefits at all, it is still important to research and understand the risks and side effects of this mysterious, ancient drug that half of all Americans have (at least) tried.