Let’s Answer the Questions About Marijuana 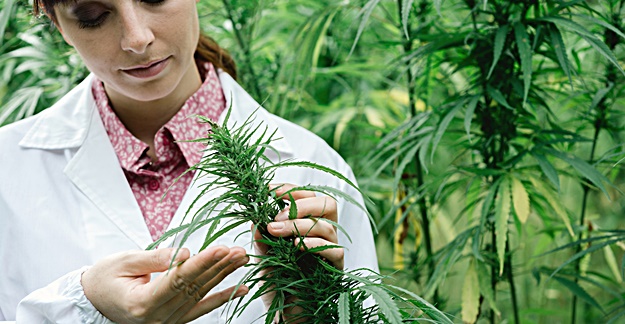 I’ve written in the past about the unknowns of marijuana. We don’t have concrete proof confirming the medical benefits that cannabis proponents make. The “high” experienced is different every time for every person. We don’t have a way of measuring impairment that drug creates. There are many strains which all have differing effects and so much more.

It seems crazy, but marijuana is still classified as a “Schedule 1” drug according to the Controlled Substances Act. That means officially the US government’s stance on cannabis is that it has “no currently accepted medical use in the United States, a lack of accepted safety for use under medical supervision, and a high potential for abuse.” This puts it in the same group as drugs such as heroin, LSD and ecstasy.

Marijuana is believed to have many medical benefits but it also has side effects. There is evidence that it can help with pain, stimulate the appetite for people undergoing chemotherapy and treat glaucoma, Parkinson’s disease and seizures, but it is mostly anecdotal or observational in nature. To unleash all the benefits of marijuana and to make sure it is used safely, we need research.

But research is limited because legal access by scientists for study is restricted because it’s a Schedule 1 drug. It’s such a long and cumbersome process requiring paperwork from many different federal agencies that it discourages many researchers from even trying. The Drug Enforcement Agency (DEA) tightly controls access to marijuana for research and has just one main location, the University of Mississippi, where it is grown for this purpose.

A solution would be to reassign marijuana as a Schedule 2 drug. This would allow much more research to take place that we can find out if marijuana truly has all the benefits people are talking about and what the risks are. For more information on this topic, please read Pot Research: Why It Matters.)

At MedShadow Foundation, we’ve drafted a petition that will be sent to the DEA and other federal agencies asking them to change marijuana from a Schedule 1 to Schedule 2 drug, which will facilitate medical research on it. If you agree we need more research now, please, sign our petition. And share it with you friends and family too.