Is Skin Cancer Cream Worth Taking? 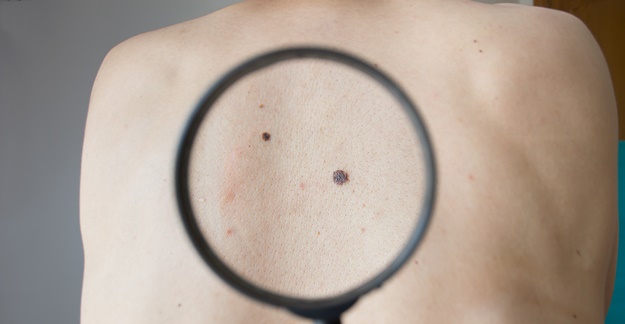 When April Pulliam first treated her chest with the chemotherapy cream Efudex, the itching, burning, seeping sores were to be expected, as the cream activated potentially precancerous spots. The nausea, nagging headaches and fatigue were not.

“I was surprised that a cream could make me feel tired and run-down,” the third-grade teacher from Bolivar, Tennessee, said.

Then she realized that it made sense.

“It’s chemotherapy in a cream,” she said.

The amount absorbed into the system is supposedly limited with topical use, but that doesn’t prevent a wider reaction from occurring.

“There is the assumption that because it’s a cream, it can do very little harm,” Friedman continued. “But creams can be very potent and create a lot of damage. If you create inflammation locally you can get a systemic reaction.”

Efudex (fluorouracil or 5-FU) is used to treat potential pre-cancers called actinic keratoses, which are crusty, scaly growths caused by damage from sun exposure. According to the Skin and Wellness Center, it has been prescribed more than 14 million times in the past 30 years. Other trade names are Carac, Fluoroplex and Tolak.

Michael Cohen, president of the Institute for Safe Medication Practices, a nonprofit group focused on preventing medical errors, explained that medicines in creams, ointments, gels, sprays and patches can enter your body like medicines taken by mouth.

He wrote in a blog post: “When applied, the medicines that come in creams, ointments, gels, sprays, lotions and patches will enter your body by penetrating through the skin and entering the bloodstream. They can cause side effects if you use too much of the medicine and it can happen even if the medicine is only intended to treat a skin condition or numb the skin before a procedure.”

He pointed out that it’s imperative to read labels carefully. His organization, which operates the National Medication Errors Reporting Program, recently got a report saying a woman who had been prescribed hydrocortisone for hemorrhoids was mistakenly given Efudex.

“She applied it to her hemorrhoids, and they started to bleed and it made her life miserable,” Cohen said.

When used properly, Efudex works by preventing the production of DNA in the cell being treated, resulting in the death of the cell. It is generally used twice a day for four weeks.

Estimates vary on how many actinic keratoses, or AKs, will actually turn into cancer.

“A small percentage can turn into skin cancer, but the numbers are all over the place,” Friedman said.

An article in the Journal of Clinical and Aesthetic Dermatology stated that although AK and squamous cell carcinoma have a similar genetic profile, and a small proportion of AKs will progress to skin cancers, “it is not possible to predict which lesions will progress and which will not.”

A man who preferred to remain anonymous told MedShadow he was prescribed the cream to treat a growing wart, “I’ve been challenged with a wart on my penis that has grown exponentially, over the past several years. After trying a variety of treatments that are specific to treating this condition, without success, my family doctor prescribed Efudex Cream to me.” He added, “while it did sting/burn each time that I applied it (twice daily), it was successful in treating my condition.”

Many Think Efudex Side Effects Aren’t Worth It

Other than changes to the skin, potential side effects of Efudex include:

Very serious side effects of Efudex include:

Judy Cloud, an Indiana woman who shared graphic images of her skin cancer treatment to warn people about the dangers of tanning, doesn’t think the side effects are worth it. She explained her reasons in a blog post, “Why I Say No to Efudex.”

These included a warning issued by the FDA in January 2017 that it can be toxic to pets.

“Using a chemo cream that will cause such discomfort and pain to treat something that may not even materialize, to take a month or more to heal from that after applying it for a month, and then to have to do it again in a year (or more often), isn’t something that I want to do, which is why I told that particular dermatologist ‘no thank you,’” she wrote.

Friedman said that newer drugs, Aldera (imiquimod) and Picato (ingenol mebutate), may be tolerated better. The FDA, however, warned of severe adverse reactions to Picato in 2016 – some associated with usage not according to instructions – and required changes to its label.

Pulliam, having had a melanoma and three basal cell carcinomas removed, wasn’t taking any chances. She did her first Efudex treatment in 2014, starting with her chest, and treats major areas yearly.

“You look like a monster,” she said. “There’s an emotional aspect to it. You get moody. You don’t want to go out. It’s hard to tell if it’s the cream or if it’s from being isolated.”

Cryosurgery, the use of liquid nitrogen to destroy a lesion, is helpful for smaller areas. But Friedman said it would be unsuitable to use it on a large area.

Photodynamic Therapy, or PDT, is an alternative option. It uses light sources combined with a light-sensitive drug to destroy cancer cells. The patient stays in the doctor’s office for an hour or more while the cream sinks in. Then they sit for about 15 minutes under a bright light that kills cancer cells. It apparently has no long-term side effects.

According to Friedman, it’s like a bad sunburn. The good news: “It’s a one-time injury.”

He said there is little data comparing the two, “but it definitely works.”

A Facebook support group for Efudex users has some 500 members who share photos of themselves during treatment and help each other through the process.

One of them, Tija Smith-Wallis, was prescribed Efudex after having several AKs frozen off her face. The high-school Spanish teacher, who lives in Portland, Oregon, said her doctor thought a wider area needed to be treated. Her side effects started after she finished treating her face in 2017.

“Everywhere that the cream had reacted started to get more and more red and very hot with each passing day. I also developed tons of tiny whiteheads all over the cream-affected areas,” she said.

She later discovered a link between Efudex and rosacea.

“It was truly awful. I was so worried I would never be able to control the reaction,” she said.

Next time she might try PDT. But for now she is taking a break.

My dermatologist’s only warning about Fluorouracil in his prescription of it to cover my entire forehead was that it would turn my skin “red.” Holy mackerel! I’m beginning to think that the prescription of F overlarge skin areas is like taking a shotgun to kill a wasp.

If this site is active, I have a concern. I was treated with Fluorouracil cream 5 for actinic cheilitis over a year ago on my lips. I did the treatment for the 12 out of 14 days the doctor told me too. Ever since that time my lips, inside of my mouth, and tongue always feel like they are burning. I am 69 years old and never had any problems with my lips in the past. I have tryed to get help at the Dermatologist, (2 different ones) and neurologist and no one has any answers, help, or can point me in the right direction. I have problems with hot and cold and different textures of food and beverage. Can anyone help in any way???