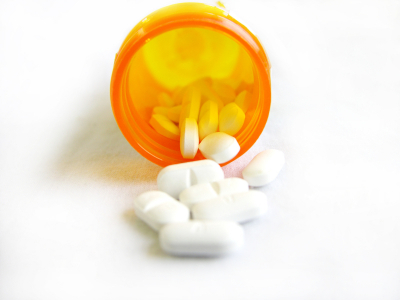 My husband has been on statins for several years. He started on Lipitor (atorvastatin), but his doctor switched him to simvastatin a while ago. Six months ago, my husband’s doctor switched him back to Lipitor because $4 coupons were available making Lipitor much less expensive.

The timing was not coincidental. One of the big surprises in the pharmaceutical community has been Lipitor’s ability to remain a player after going off patent. Usually a brand name drug loses 90% of the market to less expensive generic drugs. Now, 4 months after expiration of patent protection, Lipitor still has about 30% of the market.

Patents are given to new drugs, or new products of any type, to give the manufacturer a window of time in which to recoup the research and development costs of a new product. With a temporary monopoly, the manufacturer can be assured of no competition. If the company can build a demand for the patented product, it will earn its costs back and often much, much more.

How did Lipitor hold onto 30% market share? Clever marketing. Using legitimate marketing techniques, Pfizer (owner of Lipitor) employed advertising to increase usage and name awareness, lowered the price to compete with generics, offered coupons to lure users back, negotiated exclusive distribution deals with pharmacies and approved an “authorized generic” (a new concept in drugs?) that another company made and paid Lipitor for the privilege.

Pfizer was smart in applying marketing techniques from other industries and creating a potentially lasting brand name. But then, in my opinion, Pfizer went over the ethical line. Pfizer did 2 things that I feel were just plain wrong. They paid a drug generics manufacturing company to delay the introduction of their generic version of Lipitor from June to December of 2011. (The first generics company to file is granted a 6-month exclusivity period. Presumably to recapture their costs. After that, additional generics companies can join the market.) And before that Pfizer jacked up the price of Lipitor while it was still on patent, and insurance companies would have to pay the higher price. The price jumped from $1,290 a year per patient in 2006 to $1,939 a year in 2011. (source: Forbes)

By increasing the prices arbitrarily (before lowering it after patent protection), Pfizer increased the amount that health insurance companies had to pay. Which means all of us with health insurance paid a little more in our premiums than we had to. By keeping a generic manufacturer out of the marketplace, Pfizer maintained monopolistic control just a little longer than the intent of the law.

New generics are getting ready to enter the market which will drop the price of atovastatins further.  Pfizer has told the Wall Street Journal it is giving up in the US market, and will focus its atorvastatin marketing efforts on China.

Pfizer sold its ethical soul to extend the cash cow of Lipitor just a few more months. So much for their slogan on their website: Doing Business Responsibly. Looks to me like they were scrambling after the last few bucks left on the table.

What do you think: Was Pfizer engaging in clever marketing techniques or did they cross an ethical line? Let me know on Facebook.

I have also taken Lipitor for years and switched to Atorvastatin but unaware of Pfizer price hikes. Wonder what will happen with the Covid-19 vaccine.

Is It Burnout or Depression?