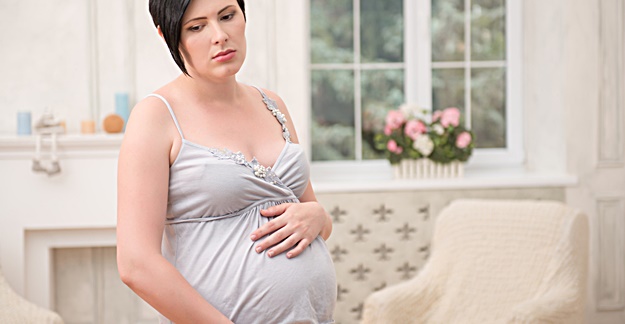 SSRIs (selective serotonin reuptake inhibitors), the most popular kind of antidepressants prescribed, when taken by pregnant women, increase the chance that their child will be born prematurely or with low birth weight, according to a new study.

Infants exposed to SSRIs during 2 or more trimesters weighed an average of 205 grams (7.2 ounces) less than infants whose mothers did not receive the antidepressants, say researchers from Norway and Canada. In addition, the infants would also be born, on average, 4.9 days earlier, they reported in the International Journal of Epidemiology.

“Severe depression or depression not responding to non-pharmacological therapy may negatively affect the course of pregnancy and the pre- and post-partum period,” co-author Katerina Nezvalova-Henriksen, PhD, a researcher at the University of Oslo School of Pharmacy, said in a statement. “The risks and benefits of SSRI therapy should therefore be carefully evaluated in each individual case.”

As many as 10% of pregnant women take SSRIs — which have many side effects to begin with — for depression.

The researchers used data from the Norwegian Mother and Child Cohort Study (MoBa) and The Medical Birth Registry of Norway to measure the effect of SSRIs and maternal depression on birth weight and gestational length. A total of 27,756 siblings were included: 94 were prenatally exposed to SSRIs and 27,500 were unexposed to any antidepressant medication. The remainder received another kind of antidepressant.

Maternal SSRI use in 1 trimester, lifetime history of major depression or depressive symptoms during pregnancy were not associated with low birth weight or premature birth. This indicates that maternal depression, shared genetics or family environment cannot completely explain the association between exposure to SSRIs and the negative pregnancy outcomes, according to the researchers.

A host of studies in recent years has come out with conflicting conclusions as to whether SSRIs taken in pregnancy impact the baby or lead to birth defects. Some studies have claimed, for example, a link between SSRI use and autism, as well as a higher risk of diabetes and obesityin offspring.