If You Take Supplements, Lower Expectations of What They Can Do 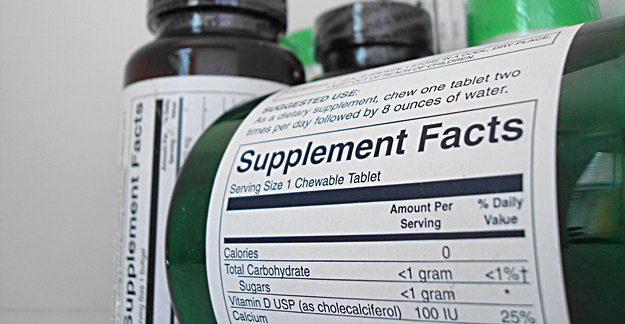 First, a few facts about supplements you may not be aware of. Supplements are a huge industry. More than 90,000 supplements are on the market. Fifty-two percent of Americans take at least one daily and 10% take 4 or more. In 2016, these products brought in an estimated $41 billion in sales.

Many people who take supplements believe that they are miracle pills than can help prevent a wide variety of diseases and conditions. If you are a generally healthy person, supplements, which include multivitamins, may not be necessary. As the Academy of Nutrition and Dietetics’ new position paper states, “…the routine and indiscriminate use of micronutrient supplements for the prevention of chronic disease is not recommended, given the lack of available scientific evidence.”

In other words, it’s best to temper your expectations of what supplements can do.

The Academy explains supplements’ role in nutrition. They are best used for those who are lacking certain nutrients because of a deficiency. For example, I take a vitamin D supplement (as do millions of other Americans) because blood work my doctor ordered showed I was low in that nutrient. If you are taking a multivitamin and/or supplements, I would suggest talking with your healthcare provider (if you haven’t already) to make sure it is necessary to do so.

There are also certain factors that may influence whether taking supplements is necessary, according to the Academy. They include certain chronic diseases, using many medications, food malabsorption issues, pregnancy and lactation.

Another issue I have with supplements is that the proof behind the claims of many of them just isn’t strong. An opinion piece published in JAMA in March makes this point well. “Most randomized clinical trials of vitamin and mineral supplements have not demonstrated clear benefits for primary or secondary prevention of chronic diseases not related to nutritional deficiency,” wrote Joan E. Manson, MD, DrPH, and Shari S. Bassuk, ScD. In fact, unlike drugs, supplements do not have to go through rigorous trials to demonstrate their claims.

And if you think there aren’t any negative consequences of taking supplements anyway, that’s not always the case. “Some trials suggest that micronutrient supplementation in amounts that exceed the recommended dietary allowance (RDA) — e.g., high doses of beta carotene, folic acid, vitamin E, or selenium — may have harmful effects, including increased mortality, cancer, and hemorrhagic stroke,” Manson and Bassuk noted.

In its new paper, the Academy also addressed this concern noting that people who take supplements have an increased risk of going over the RDA intake for iron, zinc, folic acid, calcium, magnesium, vitamin B6, vitamin A and vitamin C.

Before I came across the new paper, I had a discussion with Lillie Rosenthal, DO, a MedShadow Medical Advisory Board member whose practice focuses on lifestyle management. I asked her if she recommends supplements to her patients. She said she usually doesn’t right off the bat, recommending instead a balanced, nutritious diet as that’s the best way for your body to absorb nutrients. Perhaps if more of us followed her advice, we would could all rely on supplements less.

The Link Between Vitamins, Supplements and Autism, Explained