The Price of Beauty 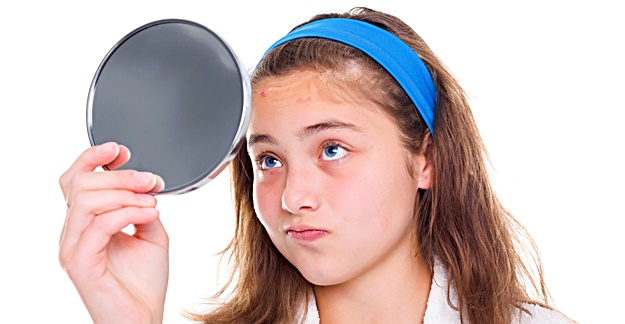 Acne is the scourge of teenage years, causing angst and self-consciousness. Even though most outgrow acne in their 20s, teens don’t want to wait. (Do they ever want to wait for anything?) Hundreds of acne remedies are available, from the simple (keep your skin clean) to the high risk (Accutane).

I think the whole acne thing is overdone. It’s not that big a deal. Easy for me, I had almost no acne as a teen. I did date several guys who had significant acne, though. The acne wasn’t attractive, but it didn’t stop me from dating them.

Despite my opinion, pharmaceutical companies are still offering new drug cures for acne. Differin Gel 0.1% was approved by the FDA last Friday. According to the FDA, Differin Gel 0.1% is the first in a class of drugs known as retinoids to be made available OTC for the treatment of acne, and contains the first new active ingredient for acne treatment for OTC use since the 1980s. It’s not exactly new, though. The FDA approved Differin Gel 0.3% in 1996 for prescription use.

Differin works like Accutane and other retinoids. Because it’s topical it probably doesn’t go through all the body’s systems the way an oral drug (like Accutane) does. It is weaker than Accutane. And since a version of it has been available since 1996, side effects and long-term issues with Differin should not be surprises. It seems they follow the same side effects as Accutane (isotretinoin), but since it is topical there seems to be less concern about liver, digestive involvement or severe fetal anomalies. Pregnant women are still warned away from it.

The manufacturers of Accutane stopped selling it in the US in 2009 but generic isotretinoin is still sold with names like Claravis, Amnesteem, Absorica, Myorisan, and Zenatane.

Despite well documented side effects that range from dry lips all the way to liver damage, Crohn’s disease and IBD (irritable bowel syndrome), many teens and 20-somethings are using isotretinoin and Roaccutane (the name marketed in Europe). I wondered what kind of research the “kids” were doing before going on such a powerful drug, so I turned to YouTube.

YouTube has a lot of videos showing girls (I saw no boys) who were using or had used isotretinoin or Roaccutane. Who would want to view all these videos of pimpled skin? In my afternoon of avidly watching hours of videos it became clear: To these kids it was worth it. They all openly and blithely shared about skin worsening before it got better, itchy or burning skin and the requirement to sign forms promising to not become pregnant while on the drug.

I was mesmerized by this British teen who is creating a day-by-day video journal of how Accutane works on her. She’s only finished the first month and her skin has gone from bad to worse back to bad. But she’s hopeful and sees this as progress. It’s common for acne to get much worse on Accutane before it gets better.

Here’s another Brit girl who claimed a good experience on Roaccutane. She recommended the drug even as she described bad headaches, very tired, dry eyes, brittle nails and flaky hair — which turned out to be great for her as she could go a week between hair washings.

A third Brit 20-something shared her difficult experience with Roaccutane, which included blacking out and passing out in the shower. This was one of the few videos that suggested not going on the drug, although when the girl has a breakout she flirts with the idea of going back on it.

Clearly, pain is a small price to pay for clear skin. It makes me glad that there is yet another drug that can be tried and might be effective enough to keep some of these teens and 20-somethings from using this very powerful and long-lasting drug.

Side Effects of the Many Treatments for Acne