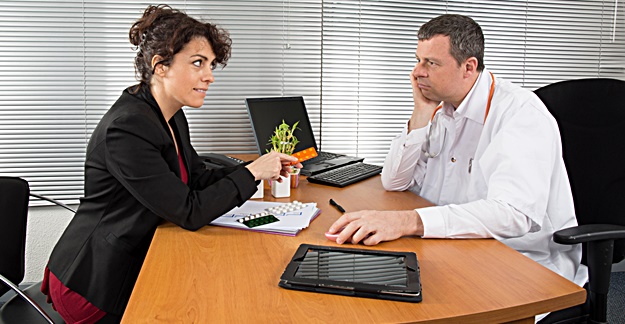 Just a day after next week’s Presidential election, the FDA will convene a two-day meeting on Nov. 9 and 10 that has been years in the making and could influence how pharmaceutical companies can lobby physicians on a drug’s “off-label” or unapproved purposes.

While doctors are free to write a prescription to an individual even if that drug is not formally indicated for the ailment, drug reps that visit doctors’ office cannot promote drugs for uses not approved by the FDA. There are instances where doctors prescribe drugs off-label because meds for that condition are limited (or non-existent). And sometimes, using a drug for an off-label purpose can benefit a patient when all other options have been exhausted.

But there are many arguments against promoting off-label drug use. For one, there may be a lack of evidence demonstrating the efficacy of a drug for purposes other than what it is approved for, which could bring up safety issues. For another, using a drug for a non-approved condition may lead to worse or additional side effects.

In my opinion, off-label promotion in any form is bad practice by pharmaceutical companies. If they want their drug approved for other indications, there is a regulatory framework for doing so. Allowing a pharma sales rep to influence a doctor to write a prescription for an unapproved purpose undermines the drug approval process and will encourage physicians to prescribe drugs for conditions where there may be no clinical benefit.

Despite this, Big Pharma, over the last 10 years, has become aggressive in promoting drugs to doctors for off-label uses. But this behavior has also gotten them in trouble with federal authorities who have imposed huge fines for off-label marketing.

Several cases have involved fines in excess of $1 billion. The largest to date was a $3 billion fine ($1 billion criminal, $2 billion civil) levied on GlaxoSmithKline in 2012. The criminal fine was related to off-label promotion of several of its drugs and failure to disclose safety data in sales rep meetings with doctors. The civil fine was for paying kickbacks to doctors who prescribed GSK drugs as well as making false and misleading statements about the safety of its controversial diabetes drug Avandia.

In 2009, Eli Lilly got in trouble over its antipsychotic Zyprexa, particularly over whistleblower accusations the company was marketing the drug to children and the elderly, even though it wasn’t approved for those groups. The indictment against Lilly claimed the company said the drug could also treat agitation, aggression, hostility, dementia, Alzheimer’s dementia, depression and insomnia, all unapproved uses. Lilly ended paying over $1.4 billion to settle the case.

For years, these big settlements have been known as the “price of doing business” since promoting drugs for unapproved uses can add hundreds of millions of dollars in additional sales.

Drug companies have long argued that regulations as currently written bar them from providing data and other information to doctors on off-label drug use, one of the key reasons for next week’s meeting.

The pharmaceutical industry may well get its way thanks to a couple of recent court cases that have interpreted off-label marketing as protected speech. In 2012, a federal appeals court overturned the conviction of a rep for Jazz Pharmaceuticals, who was earlier found guilty of promoting their drug Xyrem, which is only approved for narcolepsy, as a treatment for insomnia and fibromyalgia. The panel decided that since the rep was truthful, not misleading, and physicians could legally prescribe drugs off-label, his speech was protected.

Then last year, Amarin took the FDA to court to assert its right to off-label marketing of its drug Vascepta, essentially a prescription version of an omega-3 fatty acids fish oil pill. The drug is only approved to treat high levels of triglycerides, a type of fat in the blood, in people with high cholesterol. Amarin had data allegedly showing Vascepta was effective in people with somewhat lower levels of triglycerides. A judge agreed that since the data was truthful and not misleading, Amarin could promote its drug for off-label uses. The company has what is believed to be the first-ever agreement in place with the FDA allowing off-label promotional use for a drug.

Because Big Pharma seems to be arguing they are doing doctors a favor by bringing up
additional data and potential new uses for drugs, I decided to look up some statistics on off-label drug use. Although about 20% of all drugs are prescribed off-label, a 2006 study found that 74% of drugs prescribed for unapproved purposes had little or no scientific evidence to support those uses. And a 2011 study found that nearly 50% of the drugs given off-label for critical care patients lacked adequate evidence.

But that’s not the worst of it. A JAMA study published in January found that off-label drug use not supported by clinical evidence is associated with much higher rates of drug reactions.

Next week’s meeting is likely to be a contentious one filled with both industry speakers and consumer and patient advocates. For the health and well-being of all Americans, here’s hoping that the FDA tries to put a stop to getting away with off-label promotion. And keep reading MedShadow to find out what happens at the meeting.

Has COVID-19 Put the Country’s Drug Supply at Risk?