Turmeric as a Supplement: Not for Everyone 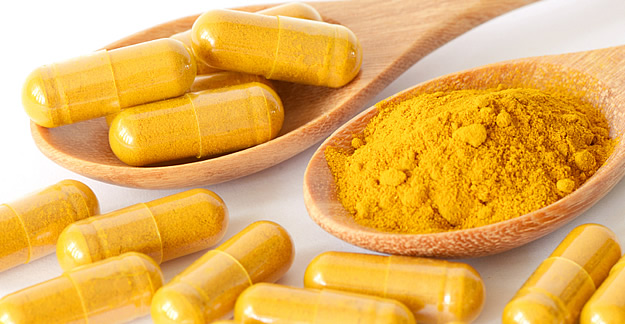 The natural plant turmeric has many curative powers but must be used carefully to avoid unintended, even dangerous, side effects. Even though it’s been called a “miracle root,” the “spice of life,” and a promising cure for everything from arthritis to digestive issues to diabetes, turmeric supplements are not a panacea for everyone.

According to Ania Grimone, LAc, CH, an acupuncturist and Chinese herbalist at the Osher Center for Integrative Medicine at Northwestern Medicine, side effects of turmeric tend to be mild and can include nausea, stomach upsets, or aggravation of GERD (gastroesophageal reflux disease) symptoms. But some people should avoid turmeric altogether. For example, turmeric is a blood thinner, so those on anticoagulants like warfarin shouldn’t take it. Turmeric is also a uterine stimulant, so it should not be used during pregnancy as it could cause contractions. Others who should avoid turmeric include:

A member of the ginger family, turmeric is a low-growing plant native to Southeast Asia. Its active ingredient — curcumin — is found in the root of the plant, which is ground into a bright yellow powder. This powder has been used as a culinary spice and medicinal herb in Asia, and particularly India, for more than 4,000 years. It is best known as an antioxidant and for its anti-inflammatory properties.

In recent years, the use of turmeric has gained popularity in the United States, as consumers explore safer and less costly alternatives to over-the-counter and pharmaceutical medications. According to the American Botanical Council, turmeric was the top-selling herbal supplement in natural and health food stores from 2013 to 2017, and since then has taken second place only due to skyrocketing sales of CBD.

In her Chicago-based practice, Grimone routinely advises her clients to take turmeric in capsule form as part of an integrative treatment plan to address inflammatory conditions such as back pain and arthritis. On occasion, she may suggest turmeric as part of a preventive strategy for patients concerned with inflammation, immune function, or the risk of heart disease. In this case, Grimone may recommend 500 milligrams of turmeric daily — although, like other practitioners, she prefers to focus on issues such as nutrition, exercise and stress management as a first line of defense.

For her part, Grimone routinely uses turmeric in lieu of NSAIDs, to avoid the side effects of the drugs. A few years ago, for example, Grimone was hiking in Europe when she fell and dislocated her kneecap. Reaching for her first-aid kit, Grimone immediately wrapped her knee in an elastic bandage, put on a topical anti-inflammatory cream, and took 4,000 milligrams of turmeric in capsule form. (A therapeutic dose is often 1,000 to 2,000 milligrams a day, but higher doses can safely be tolerated under the supervision of a healthcare provider, she says.) Grimone continued to take about 4,000 milligrams of turmeric a day for the next seven days and never fully developed inflammation in her knee. Even better, she was hiking the day after her injury — with the aid of walking sticks.

Grimone also administers turmeric to her teenage son, who runs on a cross-country track team. Her son often returns from practice with sore muscles, so Grimone gives him turmeric twice a day for two to three days, in a dosage based on his weight of 130 pounds. This takes care of his muscle pain and alleviates the need for NSAIDs, she says. When used over a prolonged period of time, NSAIDs can cause side effects such as kidney problems or stomach bleeding and ulcers. At the same time, there seems to be no reliable data on how much turmeric is too much when taken as a supplement.

The Research on Turmeric

“Botanicals [such as turmeric] don’t have the same financial backing as pharmaceutical drugs, so you’re not always going to get the big clinical studies,” says Randy Horwitz, MD, PhD, professor of medicine at the University of Arizona College of Medicine and medical director for the Andrew Weil Center for Integrative Medicine, in Tucson. “But turmeric has been used in Asia for centuries, and there’s a good safety record to support it.”

Despite the upsurge in the use of turmeric, the National Center for Complementary and Integrative Health (NCCIH) has been slow to fully endorse it. “Preliminary findings from laboratory research suggest that curcumin, a chemical found in turmeric, may have anti-inflammatory properties, but in spite of its long history of use for inflammatory disorders, there is insufficient evidence to support the use of turmeric supplementation for these disorders,” it states. Still, the NCCIH continues to fund studies investigating the healing properties of turmeric and has previously subsidized research into these conditions:

A  2020 report in the journal Phytotherapy Research describes various means by which curcumin may be helpful for both prevention and treatment of COVID-19. The authors note that curcumin’s antiviral and inti-inflammatory effects, among other potential benefits, make it a good candidate in battling COVID-19, with clinical trials needed to demonstrate its efficacy.

Janet Funk, MD, and her colleagues at the NCCIH-funded BIO5 Institute at the University of Arizona, in Tucson, created symptoms in rats that mimic those of RA symptoms in humans. In a series of experiments, the researchers treated the rats with different preparations and dosages of turmeric extracts. Some of the animals received treatment before developing the RA-like symptoms, and others afterward. At the time, Dr. Funk discovered that a certain type of turmeric extract appeared to block inflammatory pathways associated with RA in rats, and was most effective when given before the onset of inflammation.

In an analysis published in the Journal of Medicinal Food, researchers reviewed eight clinical trials of turmeric and curcumin extracts for treating symptoms of osteoarthritis, the most common form of arthritis, and rheumatoid arthritis. Based on results of these trials, the researchers concluded that turmeric extract providing 1,000 milligrams of curcumin daily can help reduce arthritis pain and inflammation.

In 2009, the NCCIH partially funded a study that looked at the impact of two dietary supplements on Alzheimer’s disease-related chemical processes in the brain. One supplement was fish oil, rich in the omega-3 fatty acid DHA; the other was curcumin, a component of turmeric. During the study, researchers fed Alzheimer’s disease-model mice a regular or fatty diet. Some of the mice were also given fish oil and/or curcumin supplements. Over a four-month period, the researchers found that the mice on the high-fat diet showed an increase in Alzheimer’s disease-related chemical processes in their brains; but that the fish oil and curcumin — alone or in combination — counteracted this effect. The researchers also found that the supplements improved the cognitive performance of the mice on the high-fat diet, as was measured by how well they remembered a maze.

More recently, a 2021 article published in the journal Molecule summarized findings of human studies of the effects of curcumin on neurodegenerative diseases, including Alzheimer’s disease. The researchers point to studies showing a 4.4-fold lower risk of Alzheimer’s in the 70 to 79 age group in India compared to that age group in the U.S. Regular intake of turmeric in the Indian diet is considered to be the main reason for this apparent protective effect in India.

Despite these findings, more studies are needed to determine whether turmeric can help prevent or treat Alzheimer’s disease in humans.

A clinical trial published in the journal World Neurosurgery tested whether taking curcumin every day for six months could protect against the development of osteoporosis in 100 people with spinal cord injuries. Osteoporosis, a disease that leads to thin, fragile bones, is a common problem for people with spinal cord injuries due to the loss of mobility. Half the study group received daily curcumin and half received a placebo. By the end of the study period people taking curcumin showed significant improvements in bone mineral density where the placebo group showed a decline in this indicator. The researchers concluded that overall curcumin treatment significantly decreased the progression of osteoporosis.

More clinical research is needed to evaluate whether the use of turmeric-derived curcuminoid products can guard against osteoporosis in humans — and particularly in post-menopausal women for whom bone loss is an issue.

In addition to these studies, the National Institutes of Health cites in its database more than 130 clinical trials that are studying the efficacy of turmeric on conditions such as depression, osteoarthritis, psoriasis, metabolic syndrome (a collection of symptoms that can lead to diabetes,  heart disease and other problems), gingivitis, and digestive disorders, including  ulcerative colitis and irritable bowel syI respect to supplements.

Turmeric can be used to spice up foods or sipped as a tea, as it has been for centuries in Asia. It can be added to curries, soups, casseroles, and many other dishes as part of a healthy diet. But if you don’t like the taste of turmeric or want a more concentrated health boost, go for a supplement, says Dr. Horwitz. Be careful, though, not to overdo it and consume products with turmeric and also take a supplement. “I think it would be hard to ingest ‘too much,’” notes Dr. Horwitz. “But my guess is that ingesting too much of many common spices can cause mild side effects, such as stomach upset, nausea, or diarrhea.”

When shopping for turmeric, look for products that say “standardized for 95% curcuminoids” and list black pepper or piperine among their ingredients. (These items help the body better absorb the turmeric.) Products manufactured with “phytosome technology” — as listed on the label — also have higher absorption rates.

Since botanicals like turmeric are not regulated by the FDA as strictly as drugs are, consumers should look for products certified by NSF International  or the US Pharmacopeial Convention, Dr. Horwitz adds. These groups ensure product and ingredient safety. You can also search for product reviews on ConsumerLab.com, an independent testing company, or ask your healthcare provider for recommendations.

Many turmeric products have a suggested recommendation of 500 milligrams, taken twice daily with food. But there’s no one set amount for everyone, so talk with your healthcare practitioner to discuss the right dosage for you. Your dose will depend on your overall health, the condition you are trying to treat (or prevent), and your body’s response to the supplements. When used as a preventive treatment method or an adjunct to pharmaceutical drugs, turmeric can provide healing properties — much as it has safely for centuries.