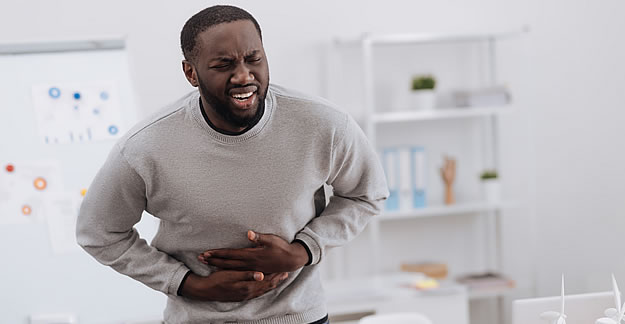 Some of the most common drugs can mess with your digestion, leaving you backed up or making a run for it. Here’s how to cope. Plus, a new test that can help.

When your stomach gives you trouble, you might naturally think back to your last couple of meals to try to pinpoint the cause. But it could be your medication that’s giving you gastrointestinal side effects.

Medications can mess with your digestive system in a variety of ways, from irritating your esophagus or stomach lining to causing stomach bleeding and ulcers.

“With over 6 billion prescriptions dispensed in 2021 [in the United States], the occurrence of such adverse drug reactions is high,” notes Ken Sternfeld, RPh. Sternfeld is a Remote Care Pharmacist working with www.pharmacist.care, and a spokesperson for the Diabetes Association.

Here are five common offenders and some tips about how to reduce your risk of gastrointestinal side effects. Plus, learn about a simple test that could help you sidestep some of the more serious effects.

Over-the-counter NSAIDs such as Advil (ibuprofen), aspirin, and Aleve (naproxen), as well as prescription NSAIDs like diclofenac and Celebrex (celecoxib), can cause a range of stomach problems. Serious adverse effects include stomach bleeding and ulcers. According to a 2021 review, an estimated 2 – 4% of people who take NSAIDs on a chronic basis will develop a symptomatic peptic ulcer; that translates to a risk that is four times higher than for the general population. Other digestive side effects related to these meds include milder symptoms like heartburn, bloating and nausea.

Although these lifesavers are often absolutely necessary, they can mess with your digestion by causing one of the most distressing gastrointestinal side effects –- diarrhea. It typically occurs about a week into treatment, but may appear days or weeks afterward. A typical case of antibiotic-associated diarrhea will go away on its own, but a more severe case might indicate an overgrowth of bacteria called C. difficile. Antibiotics can knock out the gut bacteria that keep C difficile in check, allowing it to colonize the gut and cause symptoms. C. difficile can cause loose bowel movements, abdominal pain, nausea, and low-grade fever, and must be treated with another antibiotic (which puts you at risk for a viscous cycle).

Ask your doctor or pharmacist whether you should take probiotics in the form of food or supplements while on antibiotics. A review of over 30 studies suggested probiotics can safely reduce diarrhea associated with antibiotics and C. difficile.

Preliminary work suggests that certain tricyclic antidepressants may increase the risk of GERD  (gastroesophageal reflux disease). Tricyclics are an older class of antidepressants that have a broader spectrum of effects (and thus, more side effects) than the newer classes of drugs. The two medications that have been implicated in GERD so far are amitriptyline and clomipramine. Tricyclics are a diverse group of medications and not all of them are associated with GERD, so be sure to ask your doctor about your specific prescription. In addition, studies have not found any association between SSRIs or SNRIs and GERD, so people taking these newer antidepressants should be in the clear.

Due to their effects on the gastrointestinal tract, opioids can really slow things down. Constipation is the most common side effect of these meds, with studies showing that between 1 and 4 out of 5 people taking them may struggle with this problem. If the constipation becomes chronic, more extreme issues can arise, like bowel obstruction and rupture. Opioid-induced constipation is typically treated with lifestyle modifications and laxatives, or with drugs called opioid antagonists, such as naloxone. Opioid antagonists block the effects of opioids in the body without interfering with their pain-relieving action in the brain.

Preventing Drugs from Messing with Your Digestion

Follow the directions for use on your prescription or product package –- they might make your eyes glaze over, but those tips can prevent or minimize many drug-related stomach problems.

Take your medications at the specified time. For example, it may be best to take medications that cause nausea before bed to allow you to sleep through it.

Take medications with food or water if possible. Certain drugs need to be taken on an empty stomach because food can interfere with absorption of the medication. Unless your meds fall into that category, a snack can be helpful.

Alcohol should be avoided while taking certain medications –- like NSAIDs, for example –- because it can worsen the irritation of the stomach lining and increase the risk of ulcers and GI bleeding.

If you have any uncertainty about how to minimize side effects, be sure to ask the experts. Heed the common advice to talk to your pharmacist about any concerns that may arise. “Consumers often take drugs without proper management from a pharmacist, in my opinion,” states Sternfeld.

Sternfeld has personal experience with the topic at hand. “My father-in-law, a healthy man, suffered a horrific adverse drug reaction that not only messed with his digestion, but in fact shut down his entire excretion system, leading to toxic levels that almost killed him,” he recalls. Sternfeld looked into ways that the episode might have been prevented, and was surprised at what he found: “I learned that a simple pharmacogenomic saliva test –- which was covered by his Medicare insurance –- could have advised the physician to not prescribe that drug to him.”

Medications are activated and deactivated by enzymes in the body, and the results of genetic testing can tell someone whether they produce too much or too little of the enzymes that act on their medication. Using this information, prescribers can avoid side effects and overdoses caused by drug levels that are too high, or ineffective treatment caused by drug levels that are too low.

“As a pharmacist, my goal now is to raise awareness that this life-saving test is something everyone should take,” says Sternfeld. Fortunately, a few tests can go a long way; though the body makes thousands of enzymes, less than a dozen are the major players when it comes to metabolizing medication, acting on over 80% of drugs available today. These meds include antidepressants, acid reflux medications, statins, blood thinners, antivirals, opioids, drugs used for general anesthesia, and many more.

Though pharmacogenomic testing is becoming more widely available, it is not yet offered by all healthcare facilities and may not be covered by your particular insurance plan. Check with your doc and insurance company to see if this is a current option for you.

This article was originally published on October 26, 2017. It was updated by Joyce Clanon and republished March 22, 2022.