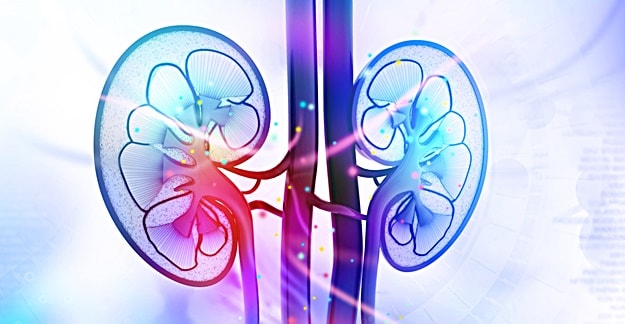 No matter what kind of medicine you take, whether OTC (over-the-counter) or prescription, it is destined to take a trip through your kidneys. Taking a drug the wrong way or in excessive amounts can damage these vital, bean-shaped organs and lead to serious complications. In the worst-case scenario, it could necessitate a kidney transplant.

“Compared with 30 years ago, patients today…have a higher incidence of diabetes and cardiovascular disease, take multiple medications, and are exposed to more diagnostic and therapeutic procedures with the potential to harm kidney function,” according to Cynthia A. Naughton, PharmD, senior associate dean and associate professor in the department of pharmacy practice at North Dakota State University. All of these factors are associated with an elevated risk of kidney damage.

An estimated 20% of cases of acute kidney failure are due to medications. The technical term for this scenario is “nephrotoxicity,” which is growing more common as the aging population grows, along with rates of various diseases.

The kidneys get rid of waste and extra fluid in the body by filtering the blood to produce urine. They also keep electrolyte levels balanced and make hormones that influence blood pressure, bone strength and the production of red blood cells. When something interferes with the kidneys, they can’t do their job, so these functions can slow down or stop altogether.

Kidney Impairment Can Be Costly

“Although renal impairment is often reversible if the offending drug is discontinued, the condition can be costly and may require multiple interventions, including hospitalization,” Dr. Naughton explained. To help you avoid getting to that point, we learned about medications that commonly cause kidney damage from Rebekah Krupski, PharmD, RPh, pharmacy resident at the Cleveland Clinic and clinical instructor of pharmacy practice at Northeast Ohio Medical University.

Prescription NSAIDs like ketoprofen, and OTC versions such as Advil (ibuprofen) and Aleve (naproxen), narrow the blood vessels leading to the kidneys. Decreased blood flow can cause dead tissue in the kidneys.

Various classes of antibiotics can harm the kidneys in different ways. Aminoglycosides such as tobramycin can cause toxicity in “renal tubular cells,” which are more sensitive to the toxic effects of drugs because their role in kidney filtration exposes them to high levels of toxins. Sulfonamides, a group of antimicrobials, can produce crystals that do not dissolve in urine, thus blocking the flow of urine, and vancomycin can cause kidney swelling and inflammation. For more about antibiotics, see 5 Things You Need to Know About Antibiotics.

Antivirals such as acyclovir, which is used for herpes, chickenpox and shingles and Valtrex (valaciclovir), a herpes treatment, may lead to kidney swelling and inflammation and can also produce those pesky crystals that won’t dissolve. Medications can cause inflammation in several parts of the kidney, often resulting from an immune reaction or allergic response.

Antirejection drugs including cyclosporine and tacrolimus can constrict the blood vessels near the kidneys, leading to reduction in blood flow and kidney function.

Viread (tenofovir) and Reyataz (atazanavir) can also cause toxicity in renal tubular cells, which are the ones that are especially vulnerable because of the large numbers of toxins they come in contact with.

Water pills like hydrochlorothiazide and furosemide, used for high blood pressure and edema, can cause dehydration and can also lead to swelling and inflammation of the kidneys.

Though symptoms of kidney toxicity can vary from person to person, signs might include a decreased amount of urine, swelling in your legs, feet or ankles due to fluid retention, fatigue, nausea, confusion, shortness of breath and pressure or pain in the chest.

The following tips can help prevent the risk of kidney damage.

It is particularly crucial to get close, professional guidance if you have existing medical conditions, including high blood pressure, diabetes and, of course, kidney disease. If so, it is also important to follow your doctor’s advice about keeping your symptoms under control. If you are taking meds that might stress your kidney, your healthcare provider can get an idea of your level of kidney functioning through a blood test that reveals your glomerular filtration rate (GFR). This is considered the best available test for this purpose, and it takes individual factors like age, sex, and race into account. It may be determined that your dosage should be adjusted based on how well your kidneys are working.

More than 30% of preventable kidney events related to meds were caused by a lack of proper monitoring, according to one study. And 37% of such events were due to the healthcare provider’s failure to take action when laboratory results or other clinical signs suggested the patient was at risk.

The Need to Monitor Kidney Function With Certain Drugs

Experts have suggested that after the initial assessment of kidney function, physicians should consider regular monitoring “after starting or increasing the dosage of drugs associated with nephrotoxicity, especially those used chronically in patients with multiple risk factors” for impaired kidney function, Dr. Naughton noted. If there is any sign of kidney harm, the provider should review the medications you are taking in order to identify which one is causing the problem.

“If multiple medications are present and the patient is clinically stable, physicians should start by discontinuing the drug most recently added to the patient’s medication regimen.” Once that has been taken care of, further harm to the kidneys may be minimized by keeping blood pressure stable, staying hydrated, and temporarily avoiding the use of other medications that may cause nephrotoxicity.

These safety tips can ensure you get the care you need while keeping your kidneys safe. That way, they can tend to essential functions like keeping things flowing (pun intended).
Originally published May 11, 2017