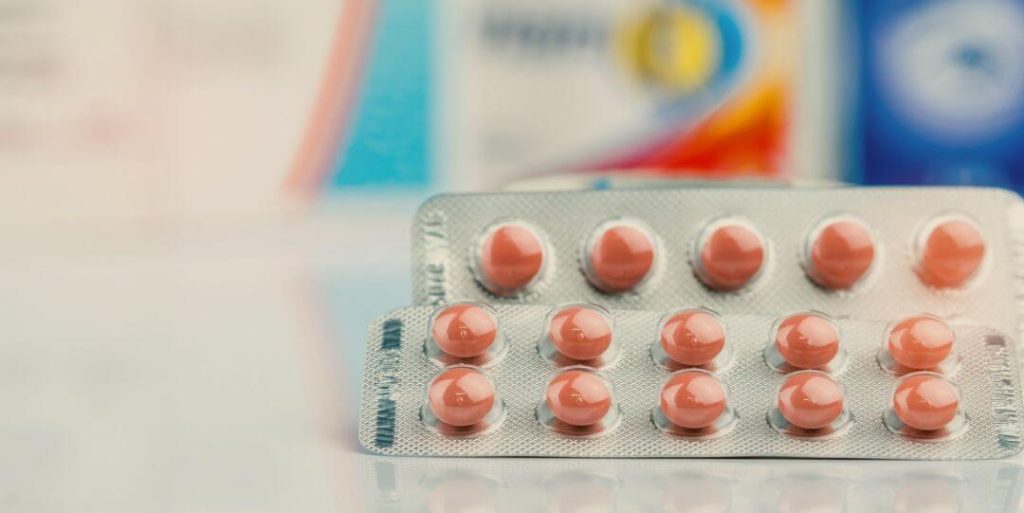 NSAIDs (nonsteroidal anti-inflammatory drugs) are some of the most commonly used pain relievers and can either be prescribed by your doctor or purchased over the counter (OTC). They’re used to treat a wide range of illnesses, from arthritis to headaches to sprains to postsurgical pain. Like any medication, NSAIDs can cause side effects, some of them serious.

The most common side effects of taking NSAIDs are stomach issues like irritation, pain, heartburn, gas, bloating, constipation and diarrhea. These side effects can usually be relieved by taking your NSAIDs with food or milk or by also taking antacids such as Mylanta or Tums. Dizziness, mild headaches, problems concentrating, balance issues and lightheadedness are also common.

More serious side effects can include high blood pressure, ulcers, allergic reactions, retaining fluid (which can cause swelling in the face, hands, lower legs, feet or ankles), bloody or cloudy urine, rashes, blurry vision, jaundice, exhaustion, difficulty breathing, ringing in the ears, vomiting blood, weakness in one side of the body, light sensitivity, extremely painful headache or back pain, a change in balance or ability to think clearly, chest pain and faster heartbeat. Let your doctor know right away if you experience any of these.

The FDA strengthened its warning about non-aspirin NSAIDs in 2015, saying they can increase the risk for heart attacks and strokes, even in the first weeks of use. The increased risk of heart attack or stroke still applies if you don’t have heart disease, though the risk is generally higher for those with heart disease or risk factors for heart disease.

Rick Schneider, 52, used aspirin for most of his life, but when ibuprofen became available over the counter, he started taking that instead. “After two wrist surgeries, I found that the relief gained from ibuprofen was the same as that from narcotic pain tabs, or better,” he says. He also notes that even though he has Crohn’s disease, he hasn’t had any bad effects from taking either ibuprofen or aspirin.

When Laura Swanson, 34, has to work, she takes anywhere from 4 to 8 ibuprofen to help reduce the aches and pains she gets from being on her feet all day, as well as to help with her idiopathic pressure urticaria (hives), which doesn’t respond to antihistamines or steroids. She notices that she bruises more easily on the days she takes ibuprofen, and she tries not to take it when she’s home so she doesn’t overwhelm her kidneys and liver.

Pam Nielsen, 55, is a big fan of ibuprofen and says it’s her go-to for pain and inflammation. Years ago, an OB/GYN nurse told her that taking 4 to 5 at a time every 4 to 6 hours would slow down her bleeding and her horrendous monthly cramps, so for years, she took it that way on the days in her cycle when she couldn’t function. “For me, it works miracles,” she says. She has never had any issues with side effects.

Gail Stoltenberg, 42, is on Voltaren (diclofenac), a type of NSAID, and Motrin (ibuprofen), along with a couple of other medications, for her psoriatic arthritis, ankylosing spondylitis and a central nervous disorder. She uses the ibuprofen as needed for inflammation and says sometimes it helps, but not very often. Her doctor put her on diclofenac, which gives her some relief, but not 100%. However, when she has tried to go off of the diclofenac, her psoriatic arthritis flare-ups have gotten worse.

NSAIDs may interact with other medications, which can make them less effective. Talk to your doctor before taking any NSAIDs, whether prescription or OTC, if you’re on any medications that treat high blood pressure, diabetes, heart disease or arthritis; or that thin blood or are immunosuppressants, such as (but not limited to) warfarin (Coumadin), clopidogrel (Plavix), cyclosporine (Neoral or Sandimmune), phenytoin (Dilantin), corticosteroids, lithium and probenecid. Also let your doctor know about any other prescription or over-the-counter medications, vitamins, supplements or herbs you’re taking.

NSAIDs are relatively safe for healthy individuals who use them occasionally, and they are often very effective at preventing pain and inflammation. Long-term use and taking higher doses of NSAIDs can increase the likelihood of side effects.

Be sure to use only the lowest dose you need for effectiveness, and only increase it if that doesn’t work. Once your pain is manageable, try other pain relief methods such as cold or warm compresses or a hot bath to give your system a break from the NSAIDs.

Studies consistently show that NSAIDs are just as effective as, and in some studies, more effective than, opioids for relieving pain. The fact that they have far fewer side effects without the risk of dependency that opioids do makes them a good choice for postoperative and chronic pain.

If you have chronic pain, there aren’t many alternatives to NSAIDs since they are so effective. However, to reduce risks, try taking the lowest dose you can while still maintaining some relief, especially if you have heart disease. You can also incorporate exercise, weight loss, physical therapy and hot or cold therapy for natural pain relief.

If you have arthritis, you can try acetaminophen (Tylenol) for pain relief, though it won’t help much with inflammation. Antidepressants and anticonvulsants are another alternative to help pain relief, though they come with their own set of risks. As with chronic pain, you can also add physical therapy, massage, acupuncture, joint-supporting splints, exercise and weight loss to help manage your pain. Topical agents such as Bengay, lidocaine patches and Icy Hot can also relieve pain due to arthritis.

Transcutaneous electrical nerve stimulation (TENS) units electrically stimulate nerve and muscle fibers to relieve pain and have been shown to be effective for some people, though they are better for chronic pain than for acute pain.