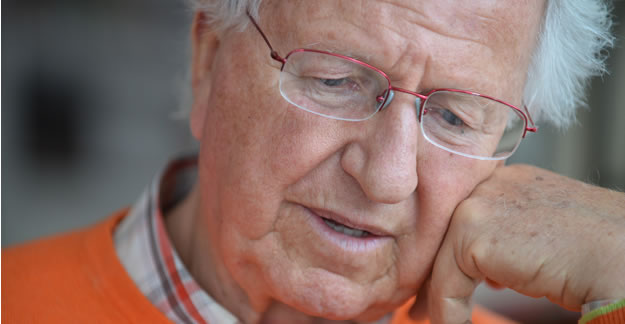 Alzheimer drugs work in only 8% (at worst) to 35% (at best) of the patients who take them. 84% and more will have side effects like nausea and diarrhea (and worse). Why would anyone take them? Because it’s the only chance we have at slowing the progression of Alzheimer disease, right now.

It’s a dilemma many people with Alzheimer’s face. People with the disease deeply hope they’ll be among the minority who get a benefit from the few drugs approved to treat the disease. And they put up with a fairly substantial risk of side effects or adverse events to try one or more of the medicines out.

So what is that risk? And what’s the latest evidence on the effectiveness of these medicines? Consumer Reports has assessed that both in a batch of “drug fact” boxes and a detailed report. Both were produced under a grant-funded prescription drug education program called Consumer Reports Best Buy Drugs.

Here’s a summary on the side effects for three of the four Alzheimer’s drugs — Aricept (donepezil), Exelon (rivastigmine), and Razadyne (galantamine). The fact boxes are based on a review of the major clinical trials submitted to the FDA and/or information in the drugs’ labeling. [A drug fact box has not yet been done for Namenda (memantine)].

Percent of patients taking medicine experiencing side effect (first number) vs. percent taking placebo experiencing side effect (second number)*
Drug
Exelon 6mg pill 2 per day
Aricept 10mg at bedtime
Razadyne 12mg 2 per day
Weight Loss
11% vs 6%
6% vs1%**
5% vs 1%
Muscle cramps
NA
8% vs 2%
NA
Diarrhea
5% vs 3%
14% vs 4%
NA
Fatigue
NA
8% vs 3%
5% vs 2%
Slow heart rate
NA
NA
2-3% vs <1%
Fainting
NA
NA
3.3% vs 0.7%
Insomnia
NA
13% vs 5%
NA
*Note: Exelon results based on trial comparing patch, capsule and placebo in 892 people. Aricept results based on 1,025 people in clinical trials. Razadyne results based on based on 838 people. See Consumer Reports drug facts boxes for results of other doses. Higher doses were associated with greater risk of side effects. **Less appetite. NA=Not Available

The fact boxes and report also cite the following rarer but more dangerous potential side effects. And both emphasize that these problems can be debilitating in people with dementia, who can’t communicate their discomfort, or in whom the problems are not caught in time or confused with symptoms of the disease.

Balanced against these risks are the potential benefits of the drugs. As is now well known, the Alzheimer’s drugs are not especially effective — either in terms of how many people benefit, or how much they benefit. But the problem is that no one knows –nor does any research indicate –who will and who won’t get a benefit, or how strong it will be. A small number of people have a solid positive response such as an improvement in memory; a slowing of cognitive decline; and better quality of life.

The studies also looked at the results of tests assessing patients’ cognitive abilities. Overall, the results showed minimal improvements on memory, learning and reasoning, with people taking one of the drugs scoring just a few points higher than those taking a placebo. Similarly, studies that looked at whether the drugs improve quality of life have yielded generally disappointing results.

Most people diagnosed with Alzheimer’s try a medicine. That seems worth it. I’d probably do the same. But all patients deserve better monitoring of the drugs’ effects, both positive and negative. There’s no hard and fast rule on when to quit, but overall it seems too many people continue to take these minimally effective medicines for too long.