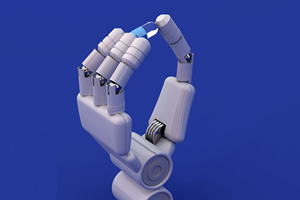 A lawyer I know in the pharmaceutical industry described new drug development this way: “You can’t get something for nothing.”

But patients and their physicians may see things differently, expecting that the benefit of any drug treatment will far outweigh its risk.

Now Congress has stepped into the fray, with a new bill called “21st Century Cures,” which is designed to speed up the discovery, development and delivery of new treatments. The House passed the bill (344-77) and the Senate steps up next with its own version. In spite of delays, a final vote is expected later this year.

The new legislation (pdf) now allows for the following changes, according to medical news reports (see, in particular, FierceBiotech and MM&M):

In a statement, the FDA said it supports the goals of the bill to speed effective medical products to patients, but added, “ ‘Innovative’ therapies are not helpful to patients if they do not work, or worse, cause harm,” according to The Wall Street Journal.

Outgoing FDA Commissioner Margaret Hamburg testified that in 2014, “the FDA approved 51 novel drugs and biologics, the most in almost 20 years, and today, FDA’s average drug review times are consistently faster than other advanced regulatory agencies around the world, providing Americans earlier access to new, innovative drugs than patients in any other country.”

But Dr. Hamburg also cautioned: “As we seek to accelerate medical product development, it is essential to take care to maintain those critical aspects of the Food, Drug & Cosmetic Act that ensure the safety and efficacy of these products. History has shown that allowing inadequately tested drugs and devices on the market can cause significant harm to patients, both because of unexpected dangers and, in many cases, because patients may use ineffective products when effective alternatives exist.”

Rita Redberg, editor of JAMA, doesn’t buy the bill’s premise for a need to accelerate drug approvals. She told the Wall Street Journal, “In our rush to find new effective treatments, we should not harm our patients with ineffective toxic ones.”

Harvard’s Jerry Avorn questioned lowering the current gold standard for clinical trial development, which relies on randomized, well-controlled drug studies. Writing in The New England Journal of Medicine (NEJM) he said, “The 21st Century Cures Act instructs the FDA to consider nontraditional study designs and methods of data analysis to further speed approvals [which] could hold promise in some kinds of evaluations, particularly in oncology.”

‘Although such data can provide important information about drug utilization and safety once a medication is in use, there is considerable evidence that these approaches are not as rigorous or valid as randomized trials in assessing efficacy,’ says Harvard’s Jerry Avorn

But he took exception to allowing approvals to be based on “shorter or smaller clinical trials” for devices as well as new criteria for relying on “evidence from clinical experience,” including “observational studies, registries, and therapeutic use.”

“Although such data can provide important information about drug utilization and safety once a medication is in use, there is considerable evidence that these approaches are not as rigorous or valid as randomized trials in assessing efficacy,” Avorn said.

He also questioned the need to rev up the decision-making process. “Currently, a third of all new drugs are approved based on a single pivotal study, with a median 760 patients per trial, he wrote in NEJM.

“Two-thirds of all drugs are approved based on trials lasting less than 6 months — including therapies intended to be taken for a lifetime. In addition, he says, “Once the FDA starts its review, it approves new medications about as quickly as any regulatory agency in the world, evaluating nearly all new drug applications within 6 to 10 months, an impressive turnaround for such complex assessments.”

Drug Developers Pay the FDA to Stay on Deadline

In fact, this 10-month deadline is imposed on the FDA by another Act of Congress call the Prescription Drug User Fee Act (PDUFA). PDUFA was created by Congress in 1992 authorizing the FDA to collect fees from companies that produce human drug and biological products.

Since the passage of PDUFA, user fees have played an important role in expediting the drug approval process, allowing the FDA to expand review staff so that new drugs could be reviewed more quickly, according to Eye on FDA.

This green light from the committee was questioned by panel experts for two reasons:

Both of these factors are currently being studied in long-term clinical trials which will be completed in 2 years. If the FDA holds off on its decision to approve these new drugs, the agency will have data on real cardiovascular benefits, beyond cholesterol-lowering; and there will be additional data on the extent and degree of the neurological consequences.

So why the rush to decide now? Because the drug companies filed their application for approval 10 months ago and the PDUFA clock will ring the alarm in about 2 weeks -– well before results of the long-term clinical trials.

Does Industry Influence Cause Harm?

The FDA’s reliance on user fees was one of several factors revealing industry’s influence on the drug development process –- a bias that has serious implications.

“The authorization of user fees in 1992 has turned drug companies into the FDA’s prime clients, deepening the regulatory and cultural capture of the agency,” according to Donald Light, a medical and economic sociologist at Rowan University. “Industry has demanded shorter average review times and, with less time to thoroughly review evidence, increased hospitalizations and deaths have resulted. Meeting the needs of the drug companies has taken priority over meeting the needs of patients,” he wrote in the Journal of Law, Medicine and Ethics.

Writing for the policy journal Health Affairs, Light says that prescription drugs have created an “epidemic of harm,” as they’re now the 4th-leading cause of death in the U.S, and the FDA deserves a large chunk of the blame,” he says. “Faster reviews mean the chance that a drug will generate an FDA warning of serious harm jumps from 1-in-5 to 1-in-3. A systematic study of shortened reviews found that each 10-month reduction in review time produced an 18% increase of serious adverse reactions, an 11% increase of drug-related hospitalizations, and a 7.2 % increase of drug-related deaths.”

Light proposes that “to protect the public from unsafe and ineffective drugs and earn public trust, the FDA and Congress must acknowledge the biases described here that result from pharmaceutical corporations financing the public regulator. They should also require two changes: that new drugs demonstrate patient-based clinical advantages through comparative trials, and that these trials be based on the population that will actually take a drug.”

2 More Years Until PDUFA Can Be Reauthorized

PDUFA must be reauthorized every 5 years, according to the FDA, and it was most recently renewed in 2012. So until 2017, be sure to read the label on the prescription carefully, consult with your doctor about side effects, and go online to review the FDA Adverse Event Reporting System (FAERS), a database with information on adverse event and medication error reports submitted to FDA.

FAERS data are available to the public in the following ways: